A fluorescent protein derived from a Dead Sea microbe could be a novel way to track electrical signals in the... 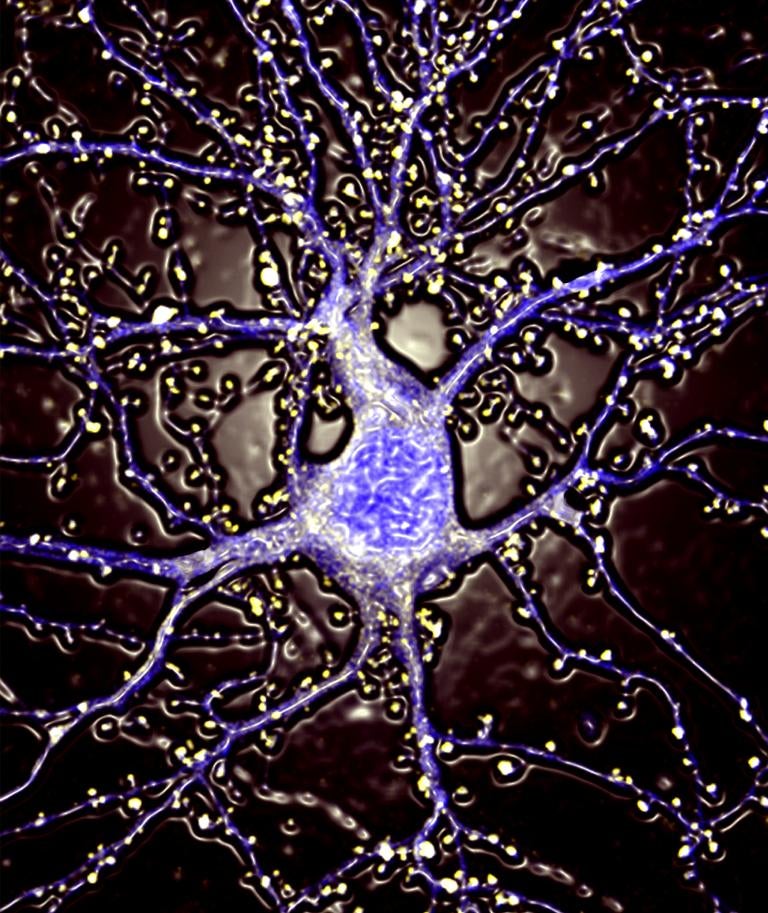 A fluorescent protein derived from a Dead Sea microbe could be a novel way to track electrical signals in the brain, researchers say. It’s noninvasive and nontoxic, so it could enable neuron tracking without harming the neurons.

Neurons communicate via chemical and electrical signals, and monitoring these channels could help neuroscientists understand brain function and degenerative diseases. But tracking electrical impulses is tricky. Molecular tags can be slow and even toxic to cells, which must be exposed to light for the fluorescence to work. And piercing a neuron with an electrode will damage and kill them. But a new fluorescent protein appears to track these synaptic action potentials without toxic side effects. It is derived from the Dead Sea bacteria Halorubrum sodomense.

The protein was previously used to dampen overly active neurons, but in a new study, researchers at Harvard used it as a super-fast voltage sensor, reports Technology Review. A team led by biophysicist Adam Cohen used archaerhodopsin-3, or Arch, as an electrical sensor. They determined that an electrical potential could change the protein’s color, which could then be detected, serving as an electricity monitor.

The team used a virus to add the Arch protein into rat hippocampal neurons in a petri dish. Using laser light (and watching through a CCD), the researchers were able to map neuronal activities at sub-millisecond time scales, they write.

It worked faster and with a better resolution than sodium-ion monitoring, as well as other fluorescent compounds like jellyfish protein, they added. Next, they plan to use Arch to measure neuronal activity in live animals, starting with zebrafish and the worm C. elegans, Tech Review says.

“Microbial rhodopsin [protein]–based voltage indicators promise to enable optical interrogation of complex neural circuits and electrophysiology in systems for which electrode-based techniques are challenging,” the authors say. The paper is published in Nature Methods.