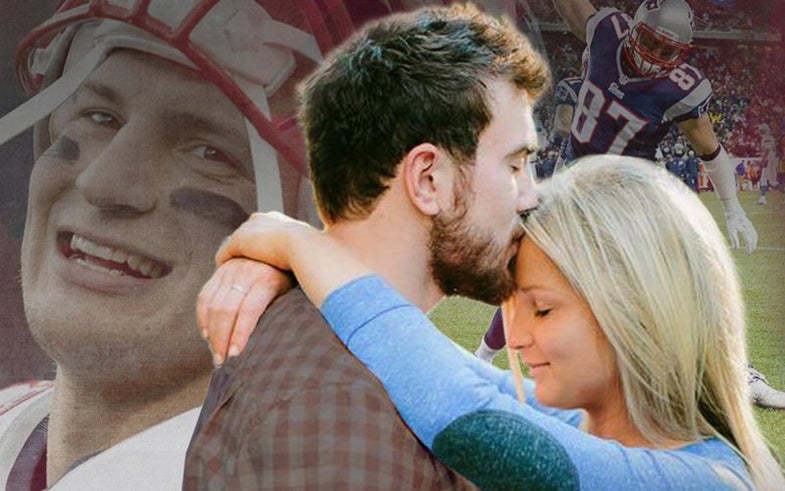 The book in question is called, ahem, A Gronking to Remember, and reads about as you’d expect, full of graphic football themed innuendos. You can read bits of it over on The Daily Beast, but the book itself has been removed from most distributors due to the legal issues. The couple on the cover, however, apparently had nothing to do with the book’s creation and are now suing Apple and Amazon for letting the cover be distributed commercially.

I know, all of this sounds very silly, but the impending lawsuit could actually be somewhat notable for the photography community. Amazon and Apple have some of the best legal representation zillions of dollars can buy, and they’re presumably going to be trying whatever defense they can in order to win the case.

According to the Hollywood Reporter, Amazon is using a Section 230 defense, which says that they’re not responsible for an independent publisher infringing on the image, even though it was posted to their site. They’re reportedly also raising a defense around the cover being an “incidental use” which the couple “might have assumed risk by authorizing use (presumably by sharing the photo online.)”

I did a little digging to try and find the photographer behind the image, but had no luck. If you’re that photographer or you know who shot it, we would love to get your take on all of this. Hit me up on Twitter.