The De-Circulated Bills Of Will Steacy

With all eyes on the American economy, a photographer has taken to recording the abused faces of our currency 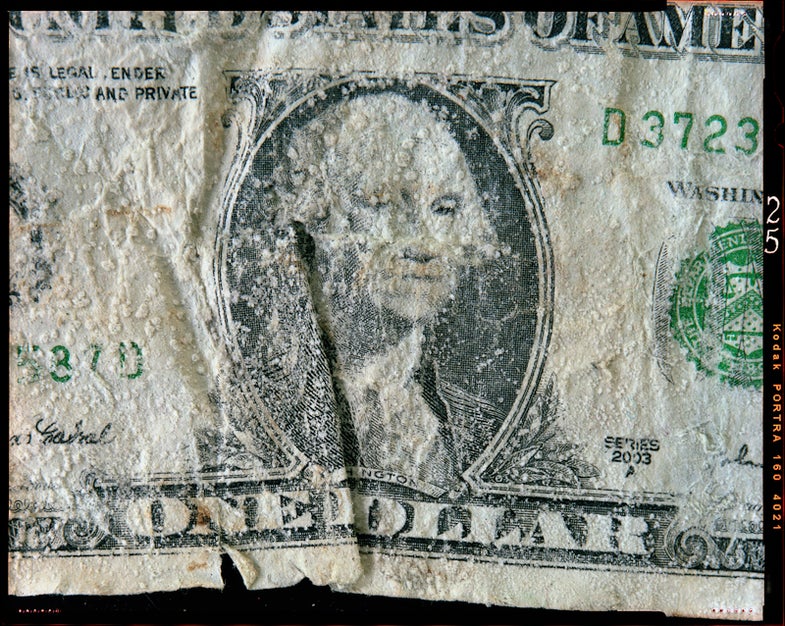 With the 11th hour raising of the debt ceiling, it looks like America will not default on its loans around the world — but the economy of the USA is still very much a topic of discussion. Photographer Will Steacy has just created a project called “The Price We Pay”, a series of photographs of American money that has been pulled from circulation. Burned, stained, torn, worn and sometimes just old, the faces of the presidents still peer through their damaged homes.

As Michael Mazzeo puts it:

While the immediate debt crisis may be over (or at least on hold), the transient and abused bills that he photographed are the same poignently worn out bills we use in day-to-day life . There are all sorts of interpretations that you could draw from this work — how even though some of these are pretty beat up, they could still be functional; or that even though they’re the public face of money, the vast majority of our economy isn’t in printed bills; or maybe the possibility of the fading of the greenback as the international currency of choice.

Or you could just think they’re photos of beat-up dollar bills.