Check out the moon’s gnarly sunburn

Solving the centuries-long mystery of the moon's swirled tattoos. 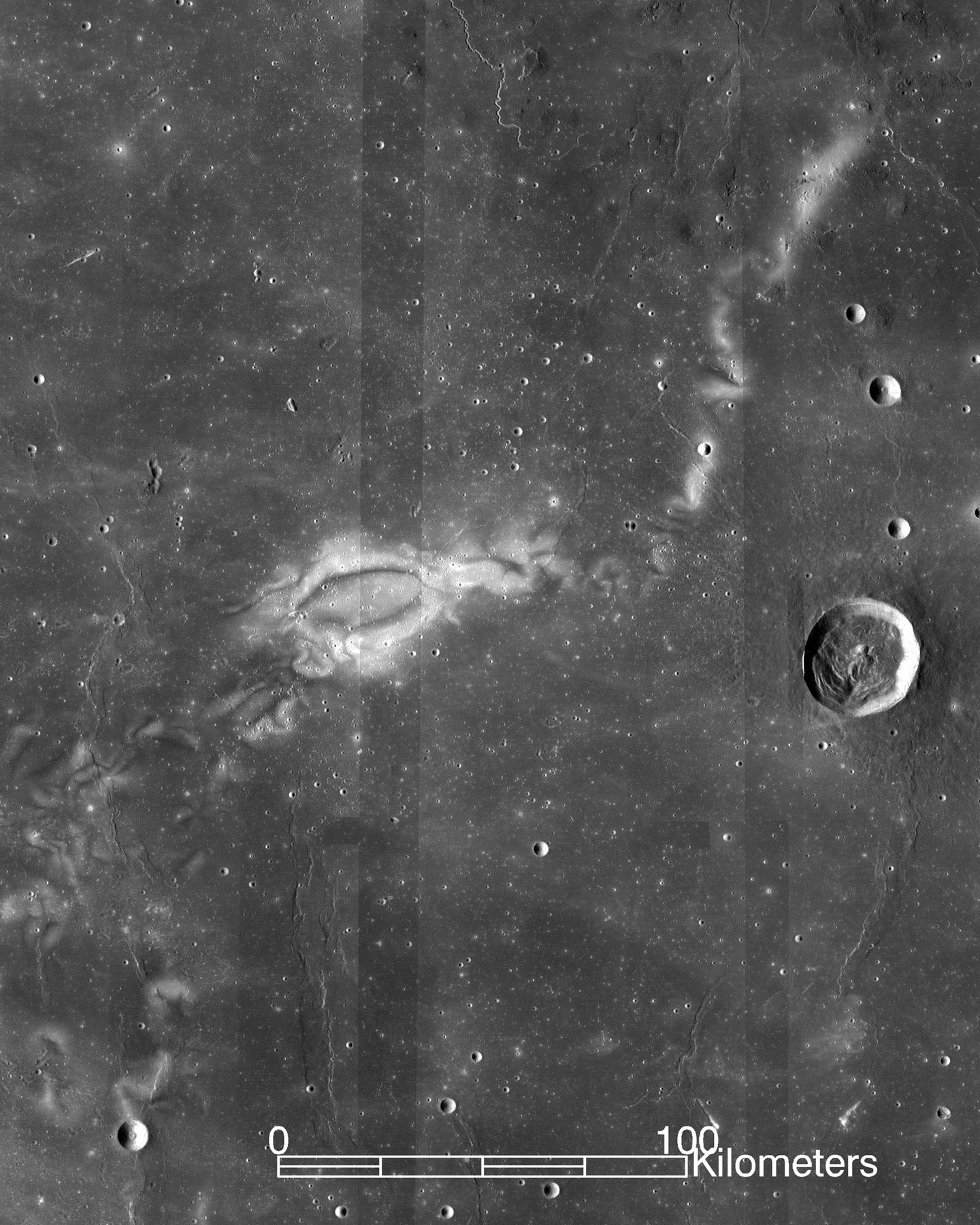 For quite some time, a dappling of light gray swirls on the surface of the moon has perplexed professional and amateur astronomers alike. First identified during the Renaissance era, the miles-long meandering whirls went unidentified for centuries. (They were once thought to be elevated regions like mountain ranges, but that theory was thrown out the window when astronomers realized the structures cast no shadows.)

Now, new data from NASA’s ARTEMIS mission—a reference to the Greek goddess of the moon, but also an acronym for Acceleration, Reconnection, Turbulence and Electrodynamics of the Moon’s Interaction with the Sun—offers a resolution to the long-standing mystery.

It all begins with the sun, as many things do. Our great big ball of gas and plasma continuously churns and showers the solar system with charged particles and radiation, collectively called solar wind. Solar wind is quite dangerous for human beings, and would likely cause gastrointestinal, neurological, and circulatory issues for us in addition to cancer with enough exposure. Thankfully, we’re all protected from such effects thanks to Earth’s magnetic field.

But the moon doesn’t have that kind of protective bubble (at least, not an all-encompassing one). Solar wind smacks into the lunar surface and weathers it over a long period of time, darkening it. Except, that is, for that curious handful of swirls.

Thanks to data from ARTEMIS’ duo of lunar satellites, scientists noticed that those brightly swirled areas are protected by miniature magnetic fields, according to a NASA press release. NASA says magnetized moon rocks create those pop-up force fields, which prevent solar wind from darkening portions the moon’s surface for miles and miles. “The magnetic fields in some regions are locally acting as this magnetic sunscreen,” Andrew Poppe, a scientist at the University of California, Berkeley who studied data from ARTEMIS said in the press release.

It’s kind of like when you sloppily apply sunscreen and end up with burnt tiger stripes, or when your friend falls asleep on the beach and you paint a smiley face on their back with sunscreen (not speaking from personal experience, of course). The protected areas—whether shielded by SPF lotion or magnetized moon rock force field—stay light, while the rest burns. And on the moon, the particular architecture of mini force fields lays down beautifully stenciled spirals.

The result is pictured above. This tadpole-shaped lunar swirl called Reiner Gamma spans 43 miles in diameter. Bubbles around areas like Reiner Gamma aren’t powerful enough to protect human visitors from the solar wind, but studying how they work might spark new ideas for protecting astronauts on the moon in the future. That’ll come in handy since NASA plans to visit our closest celestial neighbor within the decade.