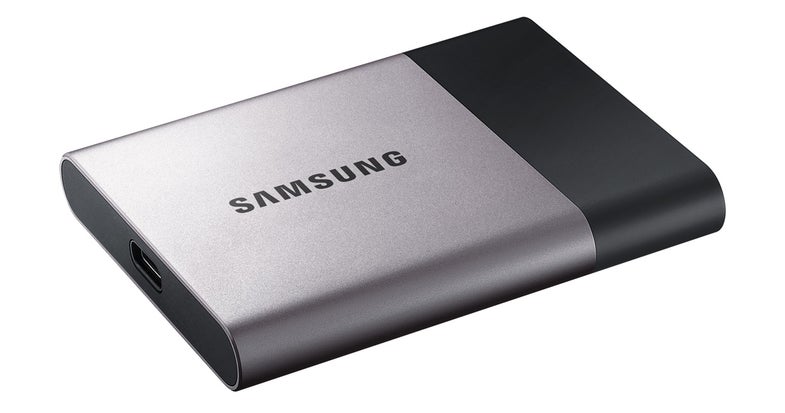 As solid state drives creep more and more into the territory once dominated by hard drives, storage devices are getting smaller and faster. Samsung’s adorable T3 drive can cram up to 2 TB of data into a drive that’s not much bigger than a book of matches.

The drive itself is an updated version of a product we saw released at last year’s CES show, the T1. The T3 has a read/write maximum speed of 450 MB/s and is resistant to the abuses of being banged around inside of a travel bag.

Like the T1 before it, the T3 has some pretty robust encryption capabilities, including 256-bit hardware encryption and a companion Android app that lets you control details and see info about the drive.

Capacities will start at 250 GB and go all the way up to a massive 2 TB, which could make this a really awesome little go-between drive for things like backing up entire photo and video sessions in the field. It won’t be cheap, however, so you’ll be paying for all of that compactness.