The Rebel T3i has been one of Canon’s most popular DSLRs to date, and now it’ll have a big brother... 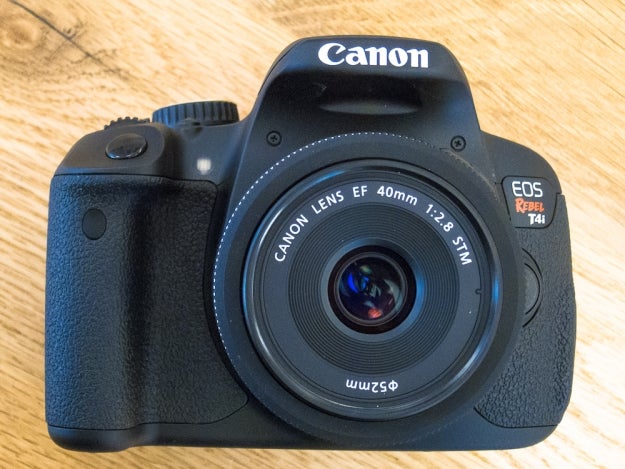 The Rebel T3i has been one of Canon’s most popular DSLRs to date, and now it’ll have a big brother sitting just above it in the Rebel line. The T4i isn’t wildly different than its predecessor, but there are some notable improvements, as well as a new 40mm F/2.8 “Pancake” lens and an 18-135mm IS kit lens with their new STM technology which I’ll explain in a bit.

The T4i has an APS-C sensor with a familiar 18-megapixel resolution, but it has received a bit of an overhaul. It’s also now coupled with a more powerful Digic 5 processor, which pushes the maximum continuous shooting rate to 5 FPS and extends the native ISO range up to 12,800. You can also push it into H mode, which has an equivalnet of ISO 25,600 if you really need to get a shot in low light.

One of the biggest areas of change is the Hybrid CMOS AF system. There are nine AF points, all of which are cross-type. The center point is a dual-cross-type which only becomes available if the attached lens goes to F/2.8. It’s an array more similar to the one found in the higher-level EOS 60D.