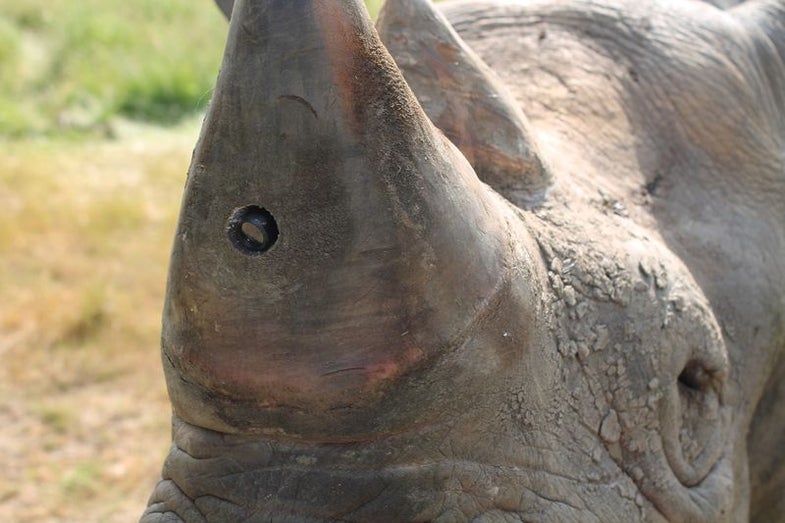 A British nonprofit called Protect thinks that implanting cameras directly into the horns of rhinos may be the way to combat poaching. The system is called Real time Anti-poaching Intelligence Device (RAPID) and is already in use in South Africa where poachers have been targeting the large rhino population for their horns.

RAPID utilizes a heart rate monitor embedded under the rhino’s skin, a leather collar with GPS and a small camera that is implanted into the front of the Rhinos horn. The three part system communicates wirelessly and according to Protect adding the camera to the animal’s horn would be a painless process. The idea is that if the heart rate monitor shows a rapid change in pace a control center would be alerted and operators could turn on the camera. The collar would alert rangers in the park where to locate the animal so if the footage from the Rhino’s horn suggested an attack they would be able to react quickly. Over time the hope is that would-be poachers will avoid any animals with the GPS collar.

“It acts as a deterrent so that poachers realize that any animal that’s got one of these collars or units attached to it is basically off the list,” Steve Piper, a director at Protect, told The Verge regarding the new system “There’s no point in attacking it, there’s no point in killing it, because you’re never going to get away with the valuable parts of the animal.”

The non-profit is also currently working on a version of RAPID that could be used for tigers.