The final video turns 5.1 seconds of real-time shooting into 19.5 hours of footage 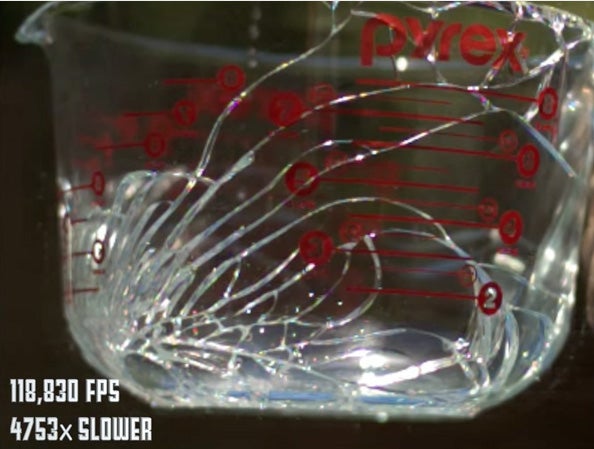 Super slow-motion footage is something that we often take for granted here in 2016, if only because the internet is so loaded with it. But, the stats on true super-high-speed can be baffling, and this video by The Slo Mo Guys is a nice little reminder of how far the high-speed camera tech has come.

In this video, they heat up kitchenware made of Pyrex glass to extremely hot temperatures and then drop cold water in them, causing them to shatter rather spectacularly. They start with a capture speed of 28,000 frames per second and go up from there. The most impressive video in my opinion is the roughly 120,000 fps video, which still manages reasonable standard-definition video quality.

The final video footage they shoot is at a rather insane 343,000 fps, which turns 5.1 seconds of video capture into 19.5 hours of footage. The final video is of drastically reduced image quality, but that’s to be expected since moving that many frames is challenging even at low resolution.