How To: Fix a Flat Image by Converting to Black and White

Due to heavy fog, photographer Will Waterman's image was lacking pazazz, a simple b/w conversion fixed the problem 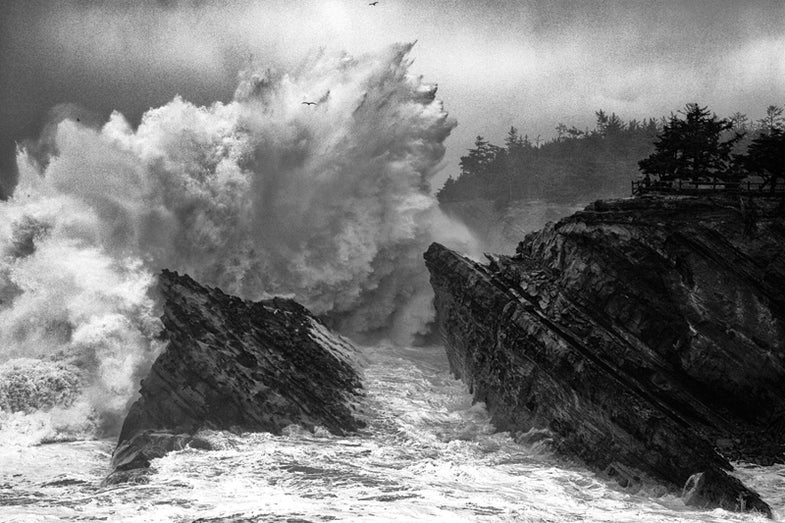 Kersplash! Bill Waterman captured a breaking wave at its explosive peak in Oregon’s Shore Acres Park. But the contrast-suppressing fog really lessens the impact of the shot.

As the image was essentially monochromatic to begin with, the Fix It Fast Team decided to go completely black-and-white, using Nik Silver Efex Pro 2 to convert the image. We used the preset called High Structure Harsh for a crisp Ansel Adams look, and added even more structure with a slider control. (Structure makes for greater differentiation between nearby like tones, and hence boosts the appearance of sharpness and contrast.) We also brightened the midtones with a slider.

Silver Efex brought out an amazing amount of detail—notice the rocks and the breaker in particular. Total time fixing: 10 minutes.

Black And White
Fix It Fast
How to
Processing