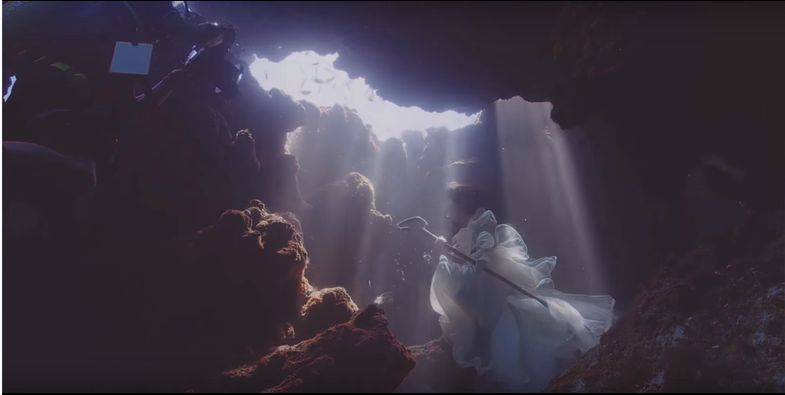 In many ways, photographer Benjamin Von Wong is a crazy person. I don’t mean that as an insult, but rather a compliment. His fantastical images aren’t everyone’s cup of tea, but you certainly have to give him credit for his ability to take a creative idea and execute it with huge, awesome productions.

His latest shoot is called the Shark Shepherd and it depicts a woman, well, shepherding sharks in an underwater land. In order to get the shot, Von Wong actually had to tie the model’s foot to a rock as an anchor to keep her from floating to the top.

The shoot is part of an awareness campaign dedicated to maintaining and improving the conditions for wildlife in crucial bodies of water around the world. There’s currently an attached petition to help out Marine Protected Areas, starting with some in Malaysia.

My irrational fear of the ocean prevents me from having any desire to do an underwater shoot like this, but I still find it incredibly inspiring to see a rather ambitious shoot that has come to fruition.