Interplanetary Ph.D. Alfred McEwen on photographing the surface of Mars 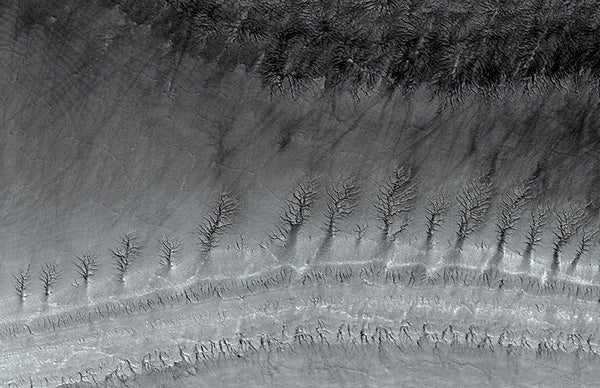 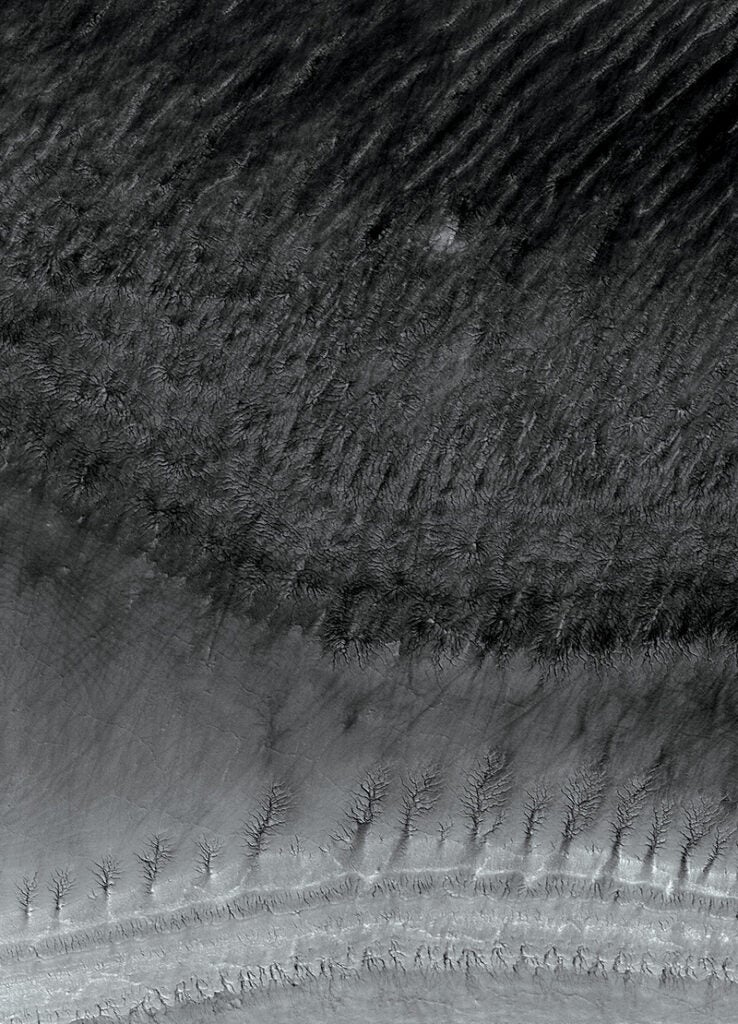 I investigate Mars with HiRISE, the largest telescope sent to another planet. There are 14 CCD sensors on the HiRISE, and each CCD is 128×2048 pixels. During capture, the camera halves each CCD into two 1024-pixel-wide channels and results in 28 strips. Each line is a record that is then stitched back together. Compressed images average between 400 and 800MB, but have been as large as 2GB.

Our team finds landing spots for rovers and assures mission control that their robots can safely navigate the terrain on touchdown. We can rule this area out as a landing site because of the deep gullies caused by frozen carbon dioxide eroding the surface.

Light from the sun provides contrast in the brighter areas of the land. These images are assembled line by line—128 times as the satellite orbits Mars, moving at roughly 11,000 feet per second over the focus area. Then the data is beamed back to us across an average of 140 million miles in 15 minutes.