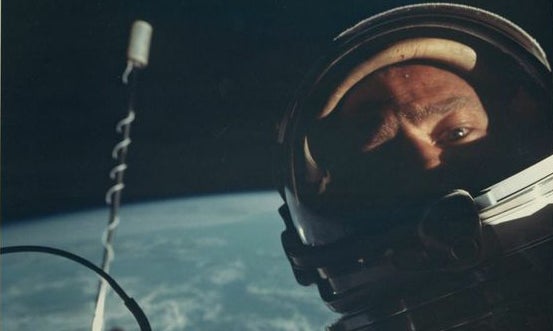 World Press Photo announced the winner of Photo of the Year 2014, along with the fact that over 20% of finalists had been eliminated for excessive post-processing. Comments poured in almost immediately—from Jörg Colberg, Olivia Nita, Paul Melcher, Olivier Laurent, BagNewsNotes, Photoshelter, among others. The contest’s “house photographer” Bas De Meijer offered a behind-the-scenes perspective, judge Alessia Glaviano spoke about the process in an interview with Vogue Italia, and social media stories from the staff and jury were compiled on Storify. David Campbell, secretary of the contest, was busy fielding questions on Twitter, and attempted to outline what we talk about when we talk “image manipulation.” Also, Mikko Takkunen noticed something very cool:

A free bi-monthly publication delivered to your mobile phone or tablet sampling articles from new and archived issues of Aperture magazine, The Photobook Review and the Aperture blog, with behind-the-scenes insight on the publishing operation and exhibition programs.

“Regarding Susan Sontag” explores the life of one of the foremost theorists on photography of the 20th century. See a list of upcoming screening.

Jay Maisel finally sold his graffiti covered building on the Bowery—one of the last relics of once-upon-a-time New York on the Lower East Side—for $55 million dollars to a real estate developer. In the 1960s, he originally bought it for just over $100,000. A rare video tour shows a massive, dream photo studio inside—nothing like what you’d expect having only seen the facade.

_** Portraits of Photographers Holding Their Most Famous Photos**_

A headline that pretty much sums it all up. The photo he came away with is equally priceless.

The twice-kidnapped photographer joins Terry Gross on “Fresh Air” to talk about her new memoir and why she keeps going back to war zones.

A self-published photobook documenting the overwhelming presence of the color pink in young girls lives in the U.K. Nice environmental portraiture by Kirsty Mackay. Now about a quarter of the way to her goal with two weeks to go.

Longread Pick: Fred Ritchin on the Shortcomings of the “Decisive Moment”

Responding to Nathan Weber’s unsettling, wide angle image of a pack of photographers crowding a corpse and looking for the right shot in the wake of the earthquake in Haiti, Ritchin writes on “How Photography’s ‘Decisive Moment’ Often Depicts an Incomplete View of Reality.”

Video Pick: Eugene Richards in Conversation at the Missouri School of Journalism

A 30-minute interview with the soft-spoken, ever-inspiring photographer about his five decade career.