It’s hardly a surprise anymore to see well-known photographers dabbling in video, now that even inexpensive DSLRs can capture 1080p... 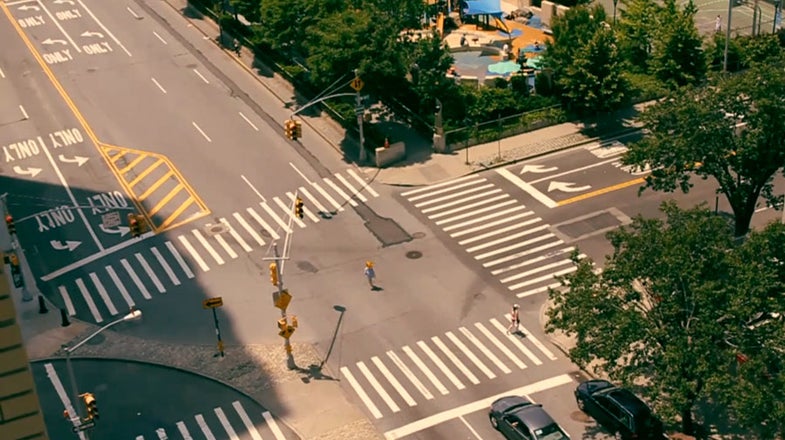 It’s hardly a surprise anymore to see well-known photographers dabbling in video, now that even inexpensive DSLRs can capture 1080p video at cinematic frame rates. It’s always interesting, though, to see how photographers from a fine-art background choose to approach video, which often overlaps with commercial and fashion work, or in this case, that persistent old nugget of an art form, the music video.

Sigur Rós’s new video for “Varúð” was shot by Ryan McGinley, one of the biggest names in contemporary art photography. If you don’t know McGinley, chances are you’re familiar with his aesthetic, which has been imitated and elevated by a whole generation of young photographers. Seemingly casual snapshots; warm, nostalgic tones; grandly idyllic natural settings; beautiful young people doing youthful things; fireworks; occasional nudity. I could be describing any number of today’s Instagram feeds or TV ads—but a lot of that style can be traced back to McGinley’s first self-published book The Kids Are Alright (2003) and much of his work since. I remain a fan of his; he’s continued to do interesting things (his series of portraits of ravenous fans attending Morrissey gigs is a particular favorite), and he pursues new subjects with an honesty that I admire for its inconsistency with someone so securely situated in the hipper circles of the art world.

“Varúð” is recognizable pretty quickly as a McGinley joint. In it, a literally golden-haired young woman slow-mo skips through New York, as the city’s bustle starts and stops glacially around her. I love the aerial compositions, shot from dozens of art-world friends’ roughs throughout the city, with the warm sun bouncing around NYC’s man-made canyons dramatically. And yet the focus is channeled to our skipping pixie, sometimes just a dot in the frame, her golden hair leaving a trail of digitally-enhanced sparkles.

This isn’t the first time the two artists have come together. One of McGinley’s photos graced the cover of the band’s 2008 record Með suð í eyrum við spilum endalaust (phew). The new “Varúð” video is part of an effort to film videos shot by artists (with “the same modest budget”) for every song on the band’s latest album, Valtari.

[via Tim Barber on Twitter, whose roof served as one of the shooting locations!]