A “Violent Alteration” in the 1863 Photographic Police Blotter

Extra, extra! It’s time to look through another edition of “The Photographic News,” our 19th-Century forerunners in photography writing. Last... 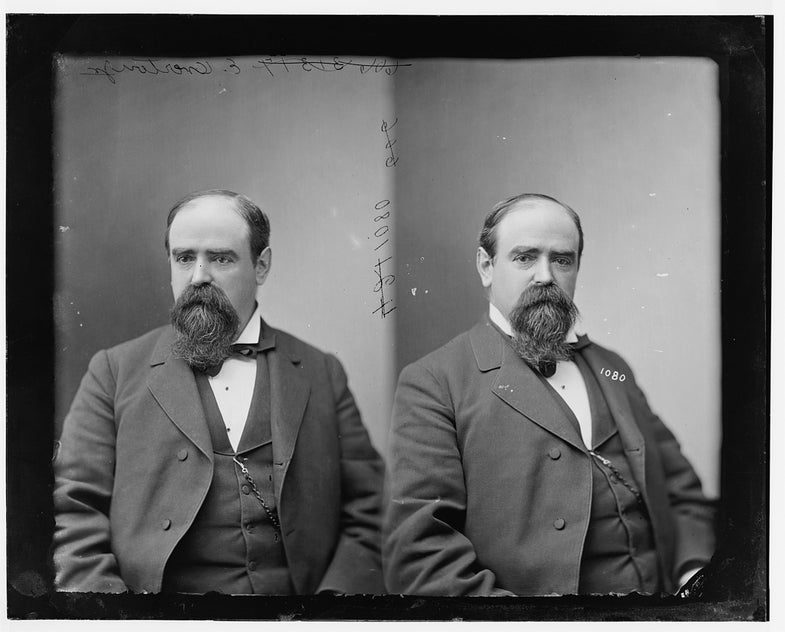 Extra, extra! It’s time to look through another edition of “The Photographic News,” our 19th-Century forerunners in photography writing. Last time we looked at an issue from 1859, this time we jump ahead to 1863, where things have moved along indeed for the medium.

Writing in the preface to the entire volume of issues from 1863, the editors lay out a bold vision for photography:

“A glance through the pages of the volume we have just completed is suggestive of some very pleasant thoughts as to the present position and future prospects of the Art of Photography. At no former period has its practice been so wide-spread, or its results so perfect; no former period has witnessed so much mental activity amongst its devotees, or so much commercial success amongst its professors generally; at no period has the Photogbaphic News been in communication with so large a circle of correspondents or addressed such a numerous body of readers.”

Indeed, the editors later point out that their subscribers have increased by the “hundreds”—hardly a large figure now, but clearly a significant leap for a publication of the day.

As with the 1859 issue, technical concerns are at the forefront of “The Photographic News.” In this issue, though, a now-common piece of technology is brought to light, as it were: it’s the time-honored darkroom safety light:

“To the photographer these results possess considerable interest. The hydro-sodium flame is luminous enough to illuminate a laboratory with brilliancy whilst its actinic power is absolutely nil. It would thus be invaluable in the photographer’s dark room; the only drawback would bo the alkaline character of the vapours arising from the combustion. These could, however, be easily removed by a chimney.”

“Photography in the Police Court”

Before, we looked at a Chicago judge, who, writing in 1869, ruminated on the legal ramifications for photography, almost accidentally stumbling upon the idea of constant, video surveillance. In this issue, however, we take a step back from such rarified concerns, and plunge straight into the police blotter, where two incidents were deemed fit to print. The first concerns a certain George Restall, a young photographer who has been strongly implicated in the theft of 13 lenses (total value: £60) from a camera shop (weekly salary: £3) at which he’d been gainfully employed. At the time of writing, the case was still being heard in court, but the editors have given young Restall some words of encouragement:

“We sincerely hope that at a future hearing Mr Restall may be able to prove his innocence, as we know him to be a skilful photographer and should be sorry to think him a dishonest one.”

Unless Mr. Restall made it to Santa Cruz later in life, it seems unlikely that he was able to beat the rap.

Things get particularly saucy, though, in the next item: a donnybrook over a botched photo job! A certain Major Lister went to the photo studio of Winter Thompson, to have a portrait taken of his six-year-old son. Apparently, a sign was posted in the waiting room stating that, if the first portrait was not satisfactory, a second would be taken at no charge. Lister’s son slumped his head on the first try, and we join the action after the Major asked for a second portrait:

“…the artist rudely objected, said it would do very well, and on his down stairs, declining to go on with the transaction, a man (Mr. Thompson, jun.) rushed out of a door on the left side of the passage, and pushed him back, threatening to him down. Another man (the defendant) then rushed out of another room and seized him by both hands. The defendant then retired, at his son’s request, and an alteration of a violent nature on the younger Thompson’s part ensued, in the course of which he said that he was justified in detaining him (the major), and taking his life.”