Turkish Sports Cars, and the Men Who Customize Them

You’ve heard before that a dog resembles its owner, but how about a car and its driver? This seems to... 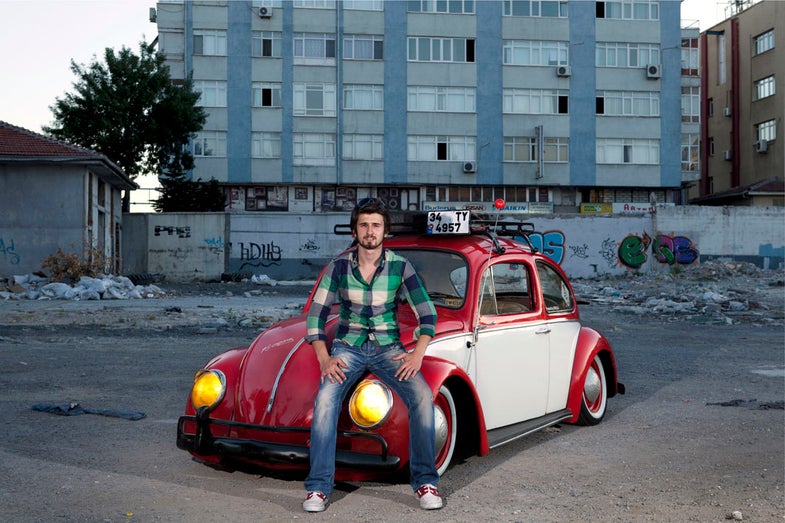 You’ve heard before that a dog resembles its owner, but how about a car and its driver? This seems to be the hypothesis that Korhan Karaoysal is proposing with his series “Facade,” in which he photographs customized automobiles in his native Turkey next to their owners. Karaoysal writes: “My main motivation is to recognize and to understand the individuals inside these automobiles that demand a continuous attention of the crowd.”

It might be natural to look for some connection between the physical appearance of the car and its owner, but I’m also interested in the backgrounds of these photos (the titles of each photo name the driver, the car, and the place, in that order). It somehow seems natural that a Jetta owner would choose a pastoral-looking meadow, while the driver of an old VW would be happy to perch on its hood next to some graffiti. 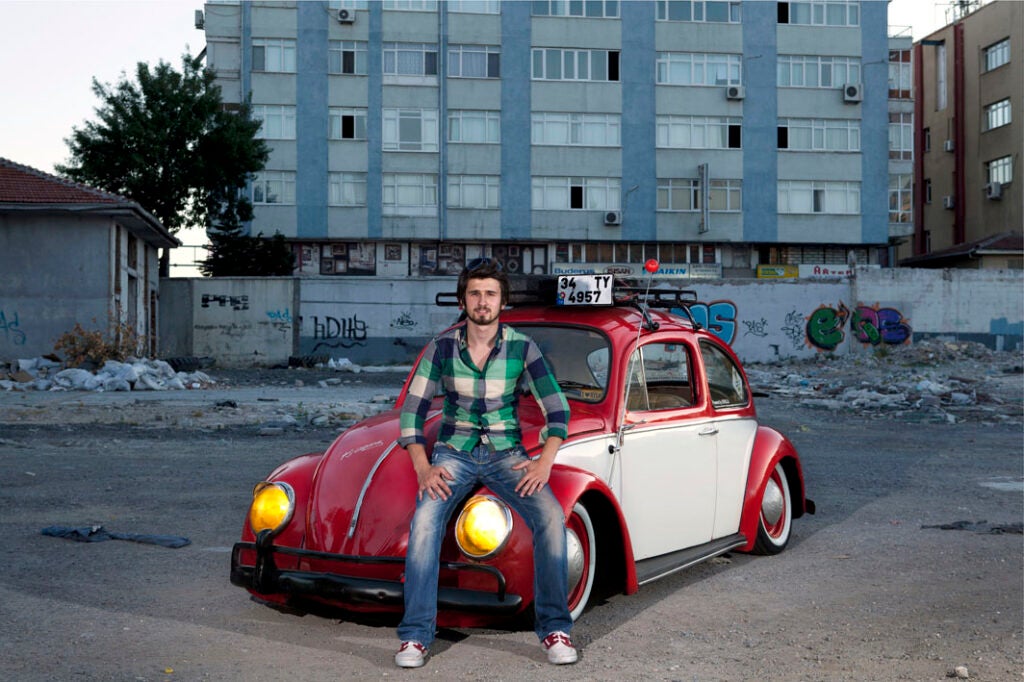 Feel free to play amateur psychologist, and draw your own conclusions about these guys—because, yes, they are all guys! I don’t mean to accuse the photographer of not tracking down female car enthusiasts, but it does lead to a rather one-sided series. In Tokyo I’ve had the privilege of meeting a woman who edits a magazine on American muscle cars, and has quite the collection herself, but I wonder what automobile culture is like in Turkey. 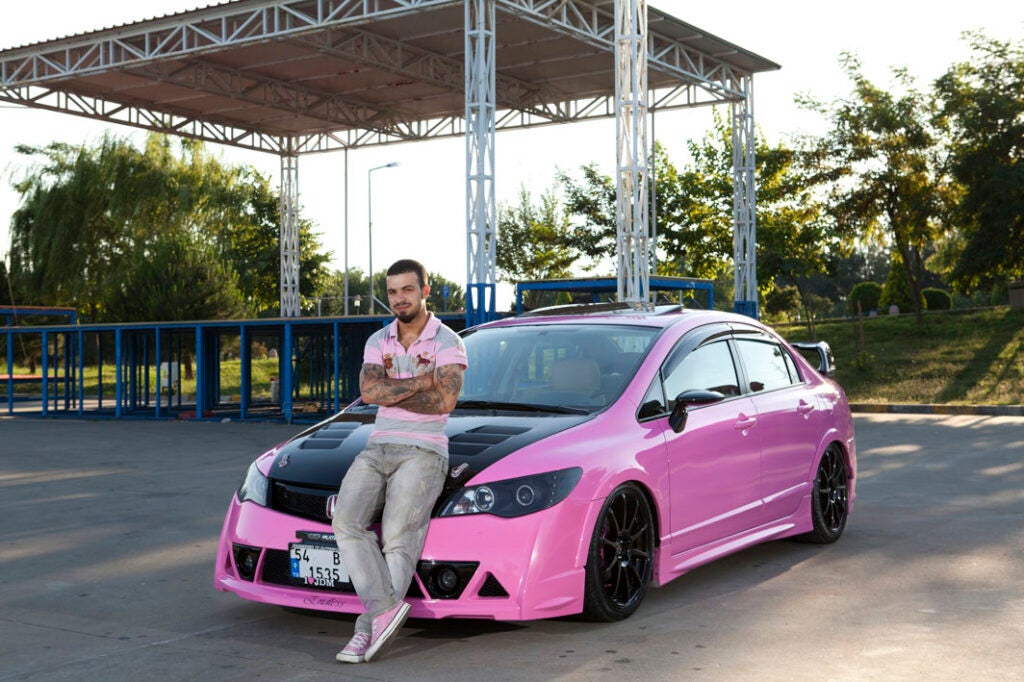 On the subject of Japanese car culture, there are two different bodies of work from Japan dealing with the wild customizations made to cars there. Masaru Tatsuki’s “Decotora” shows big rigs which have been made up to look like something out of an anime film. Tomoyuki Sakaguchi’s “Ita☆Sha”, meanwhile, shows cars which have actually become small shrines to anime characters. You can see a few photos of these drivers, but still, I’m left wanting to read a little bit more about the people behind the wheel, as it were. While hitchhiking once, I was able to catch a ride in a Japanese big rig. I was surprised to find an interior that was all plush velvet plucked straight out of the ’70s, and a driver who ended up being a huge Backstreet Boys fan. My takeaway? Don’t judge a driver by their car! 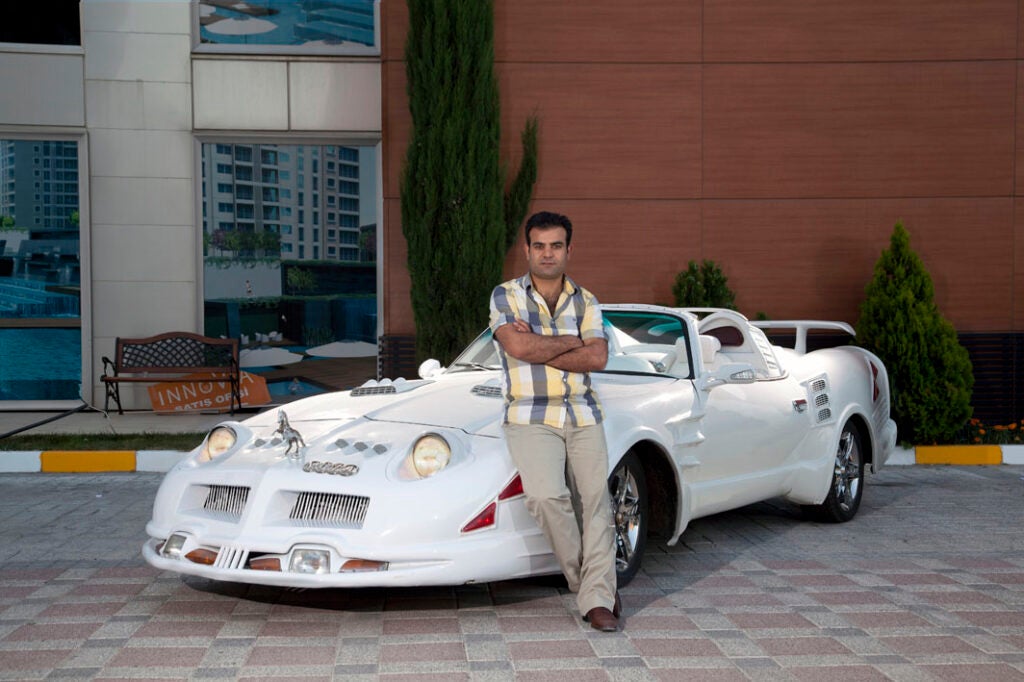