Some Photography Tips… from 1859

If you pick up a photography magazine today, you probably know more or less what to expect: reviews of cameras,... 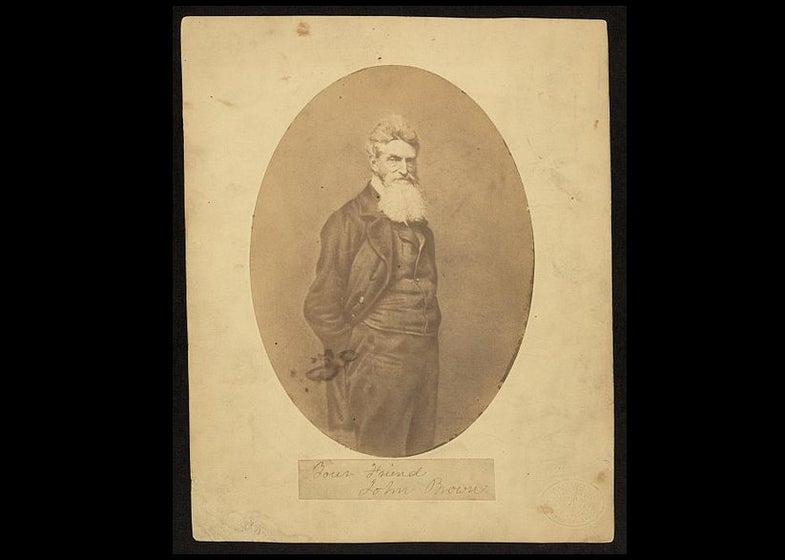 If you pick up a photography magazine today, you probably know more or less what to expect: reviews of cameras, some examples of work by leading photographers, and some tips on how to improve your own shooting. As it turns out, this is a formula that’s been in place for pretty much 150 years; a magazine published in London called “The Photographic News,” serving a fledgling community of photographers, contains just about the same content. A number of issues are available in Google Book Search, and although photos could not yet be represented in print, it looks like with each issue, readers would get a photograph taken by a well-respected practitioner. We could probably call the intended audience of this publication “amateur photographers,” but then again, we’re talking about a time when the concept of a “professional photographer” didn’t really exist. 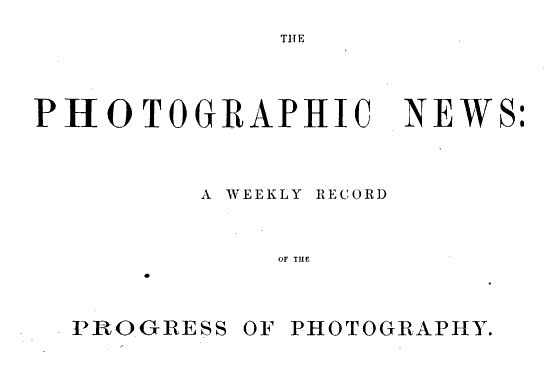 The cover of “The Photographic News”

Reading through the articles in this magazine shows that, in 1859, photography was really like a form of alchemy practiced at home. While today’s camera magazines talk about megapixels or lens quality, the focus of the articles in “The Photographic News” is a bit different. The title of one article reads: “THE MEANS OF RECOVERING SILVER FROM ITS WASTE SOLUTIONS.” That’s certainly pretty far removed from our own time! What’s fascinating about reading this publication is to observe that the challenges people had to overcome were so basic—not in the sense of being “simple,” but that photographers of this time had to work directly with the chemical and natural elements at hand to produce anything at all.

As a result, the entire tone of the publication is essentially scientific. It’s as if these photographers had their heads down, so buried in the process of making their photographs (here it seems more appropriate to say “making” rather than “taking”) that they are unable to look at the actual fruits of their labor as anything other than the result of a certain process. Take, for instance, a description by one Jesse Mitchell of his photograph:

The Museum was taken between 7 and 8 AM, on paper excited on the previous evening; it was exposed 9 minutes in bright sunshine. This was perhaps exposed rather too long to be called a good negative, although not altogether to be despised. It need not have been made quite so intense, but there was a palankeen carriage and horse in a very deep shadow under a large tree, which I wished to bring out, or else the development could have been stayed earlier.

This description is found in an article entitled “DESCRIPTION OF A PLAIN OR WAXED PAPER PROCESS IN PHOTOGRAPHY.” Looking through some of the other articles here, it does seem clear that the focus of the time was on “gear”—just of the chemical rather than digital sort, of course. Now, I’m not trying to show how much better things are today, or to make fun of the way that photographers of the late 1850’s wrote about images. Looking at old publications like “The Photographic News” is a way of understanding the origins of photography, and seeing how, in some ways, we’re actually not too far removed from them. After all, camera discussion is still a major part of what photographers talk about. Perhaps generations after us will look at the early milennial period and think, “how primitive”!