Sofia Valiente Looks at Life Inside a Sex Offender Village

After graduating from Florida International University in Miami in 2012, Sofia Valiente found her most recent photo project somewhat by... 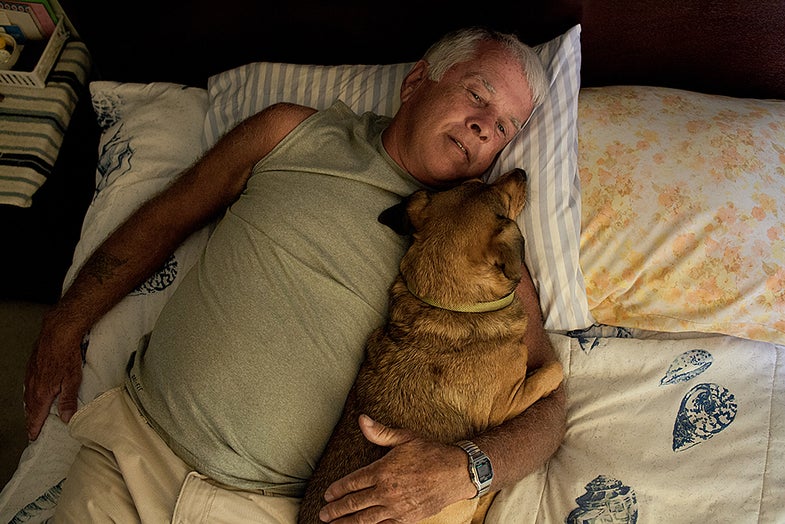 After graduating from Florida International University in Miami in 2012, Sofia Valiente found her most recent photo project somewhat by accident. “I was going often to the small town of Pahokee to photograph when my friend, a journalist who works with the newspaper in the area, told me there was a community of sex offenders nearby,” recalls Valiente, 24. “I had no idea what to expect, and overcome with curiosity one day, I decided to drive there. I met a few of the residents, including a young boy my age. He explained to me his story that went beyond just the single act that gave him the label he has now, and for the first time I felt empathy.”

Valiente had discovered Matthew 25 Village, known by its residents as Miracle Village. Founded by a Christian ministry of the same name, the community houses more than 100 sex offenders who have no place else to go. Florida legislation requires offenders to live a minimum of 1,000 feet from any school, school bus stop, or place where children congregate, and many municipalities extend this law with local ordinances that increase the distance to 2,500 feet. As a result, many offenders struggle to find housing and reestablish their lives in society.

Valiente returned to the village over the next year and photographed many of the residents. “Another guy explained to me that his case involved him being in a relationship with his 16-year-old girlfriend when he was 18,” she says. “I began challenging my conceptions of the label, since it seemed to me somewhat situational. I gained their trust and was accepted, since I listened and spent time to get to know them—not many people do that. Few visit from outside other than the occasional probation officer, which is a different kind of visit.”

The result of her work is a poignant new book, Miracle Village, available from Italian publisher Fabrica. Valiente received a scholarship for a residency at Fabrica’s photography department, where Miracle Village was produced under the editorial direction of Enrico Bossan.

“This work is not about right and wrong—I actually ran into a lot of difficulty when I was trying to make sense of it in this way,” she says. “It is about the confrontation of the stigma that will last a lifetime. My purpose is to share the story that lies beneath the surface of the label: one that is free from judgment, since in the village I saw none.”