Snapshots From a Very Different Afghanistan (Circa 1968)

In 1967, Bill Podlich picked up his family—his wife, Margaret, and their two teenage daughters—and moved to Afghanistan. UNESCO had... 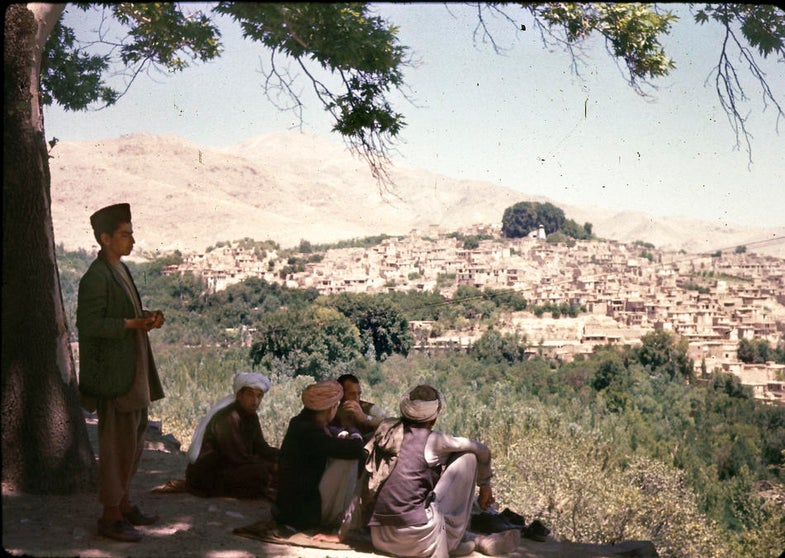 A group of Afghan men look out over Istalif, about 18 miles northwest of Kabul, which was a centuries-old center of pottery making as well as other tourist attractions. The village was nearly destroyed by major fighting between "Northern Alliance" forces and the Taliban in the late 1990s.
SHARE

In 1967, Bill Podlich picked up his family—his wife, Margaret, and their two teenage daughters—and moved to Afghanistan. UNESCO had hired Podlich, a professor of elementary education at Arizona State University, to teach education to an international group of pupils at the Higher Teachers College in Kabul. Aside from his duties as an educator, Podlich was an accomplished amateur photographer. 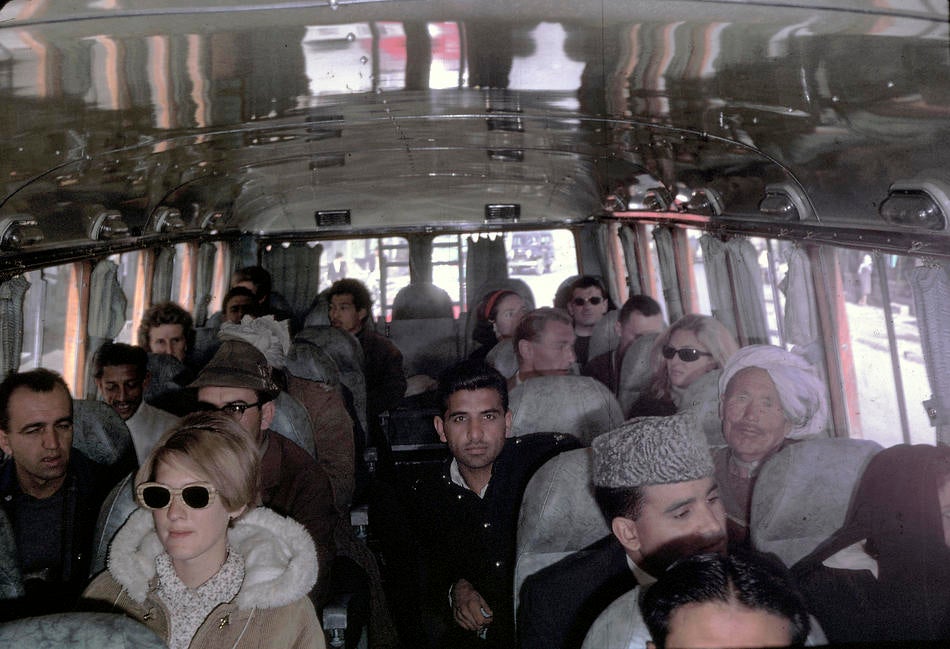 Podlich’s daughter, Peg, on a bus from Kabul to Peshawar

Peg Podlich, in the sun glasses, taking a family trip on a bus going from Kabul, Afghanistan to Peshawar, Pakistan.

And lucky for us. In a piece this week on the Denver Post’s photo blog, Podlich’s stunning work from Afghanistan has come to light. Like any color photographs from the 1960s and before, the scenes trigger the weird cognitive tricks of a world rarely seen in anything but black and white. Doubly so here—Podlich’s skilled snaps and landscapes depict an Afghanistan that no longer exists, ten years before the Soviet invasion of 1979 that would touch off over three decades of continuous war.

The selection on the Denver Post site is well worth your time today. And even more images can be found on a site maintained by the husband of Podlich’s daughter, Peg, preserving Bill’s work. 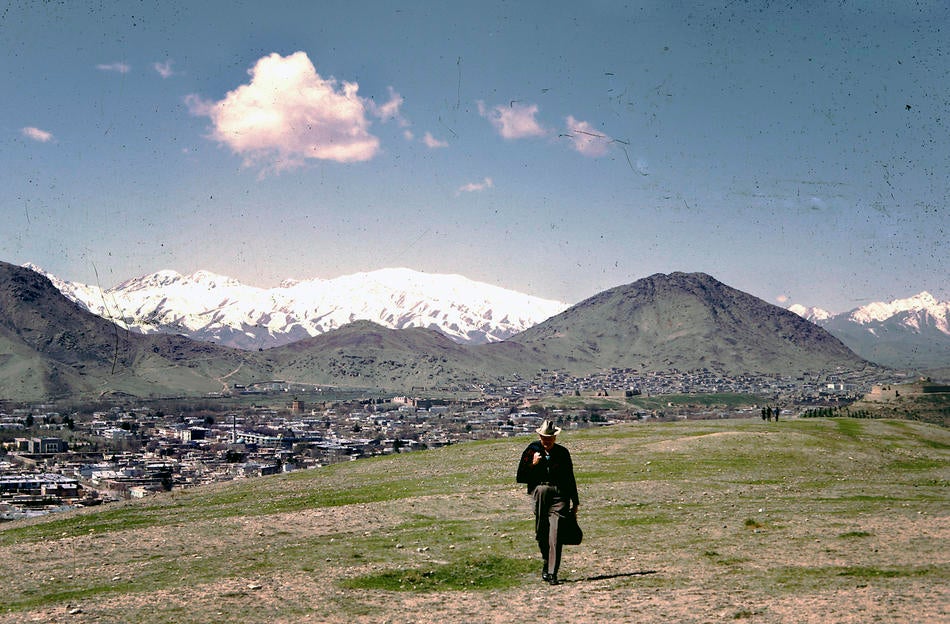 Dr. Bill Podlich on a hillside in Kabul. “My dad was a professor of Elementary Education, specializing in teaching Social Studies, at Arizona State University in Tempe, Arizona from 1949 until he retired in 1981. He had always said that since he had served in WWII (he trained soldiers against chemical warfare), he wanted to serve in the cause of peace. In 1967, he was hired by UNESCO as an Expert on Principles of Education, for a two-year stint in Kabul, Afghanistan at the Higher TeachersÕ College. Throughout his adult life, because he was interested in social studies, whenever he traveled around (in Arizona, to Mexico and other places), he continued to take pictures. In Afghanistan he took half-frame color slides (on Kodachrome), and I believe he used a small Olympus camera.” – Peg Podlich.
Afghanistan
American Photo
Color
Snapshots
War