This Monday, it was announced that legendary Japanese photographer Shomei Tomatsu had passed away in mid-December at the age of... 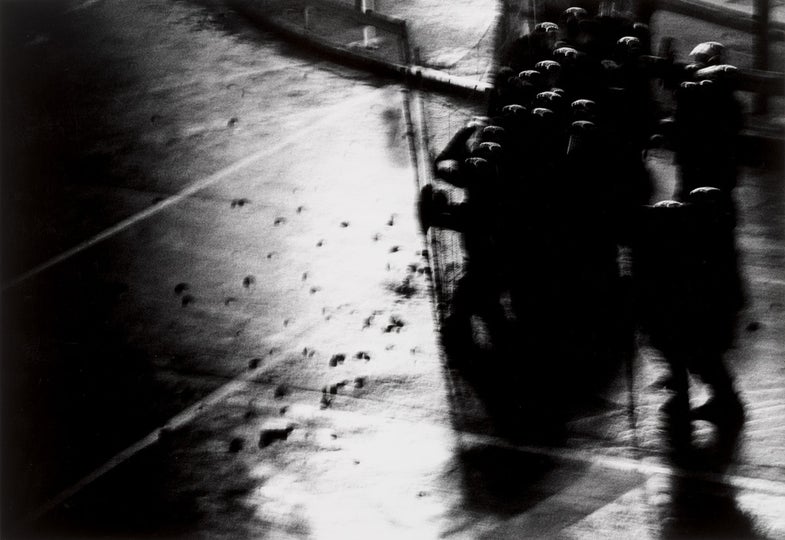 This Monday, it was announced that legendary Japanese photographer Shomei Tomatsu had passed away in mid-December at the age of 82. Tomatsu is one of the major figures of post-war Japanese photography. Whether his subject was student riots in Tokyo, the effects of the atomic bomb dropped on Nagasaki, or the tense relationship between his adopted homeland of Okinawa and the American military base located there, his works faced up directly to the most pressing concerns of his time. It’s incidental to Tomatsu’s work, but he was given one of the most appropriate names for photography that I can imagine: “Shomei” literally means “light,” as in “illumination.”

The BJP has posted an article with some quotes about Tomatsu from Gerry Badger and Martin Parr, but I was struck by what Japanese photo critic Kenji Takazawa wrote on Twitter, reflecting on a year that saw the passing of three of Japan’s greatest photographers:

Yasuhiro Ishimoto, Masahisa Fukase and Tomatsu all passed away last year. It’s a little trite to say, but it feels like the turning point of an age…

That’s certainly an interesting question to ponder. In the meantime, for further material on Tomatsu, Tumblr zero focus is posting many of his photos, while I translated a few more Japanese tweets on my personal blog.