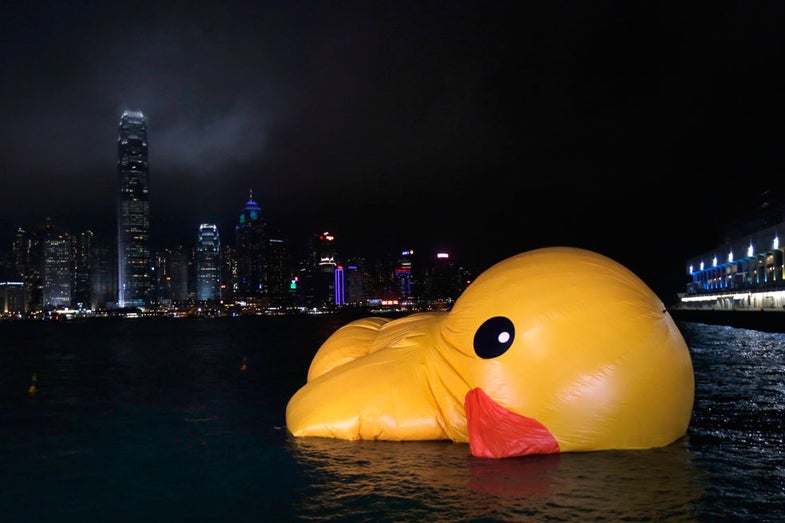 A deflated Rubber Duck by Dutch conceptual artist Florentijn Hofman floats on Hong Kong's Victoria Harbour, with the island skyline looming at the background, May 14, 2013. The 16.5-meter-high inflatable sculpture, which made its first public appearance in the territory on May 2, will be shown at the Ocean Terminal for a month. The Rubber Duck was deflated after some of its parts broke. REUTERS/Tyrone Siu (CHINA - Tags: SOCIETY TPX IMAGES OF THE DAY) - RTXZLXM. © Siu Chiu / Reuters
SHARE 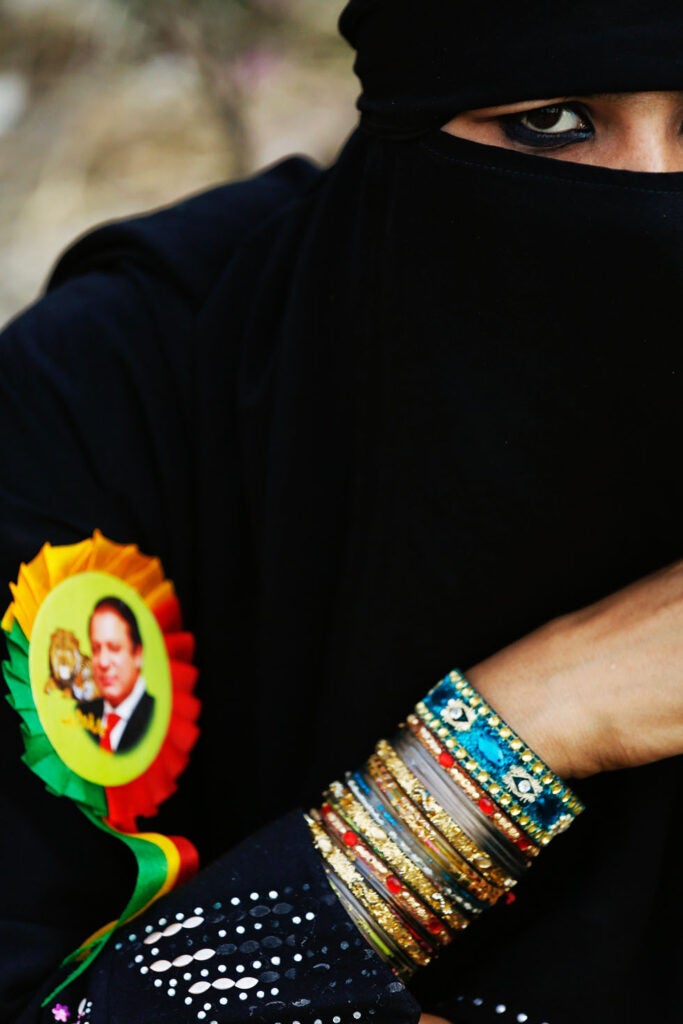 A supporter of Nawaz Sharif, the front-runner in Pakistan’s election for prime minister, wears a badge with his picture on it in front of one of the party’s election headquarters in Lahore. Damir Sagolj is a Reuters staff photographer and a 2012 winner of the World Press Photo “Daily Life Singles” category. Check out more of his work here. 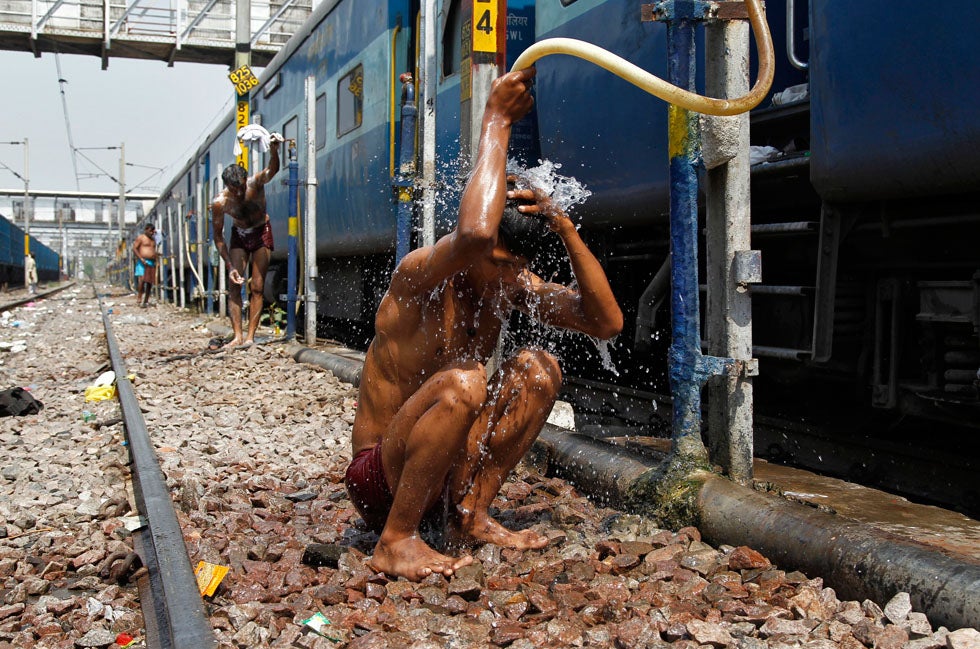 Young men in Allahabad, India, cool down from the mid-day sun using railroad water supply pipes at a local train station. Jitendra Prakash is a Reuters staffer based in central India. 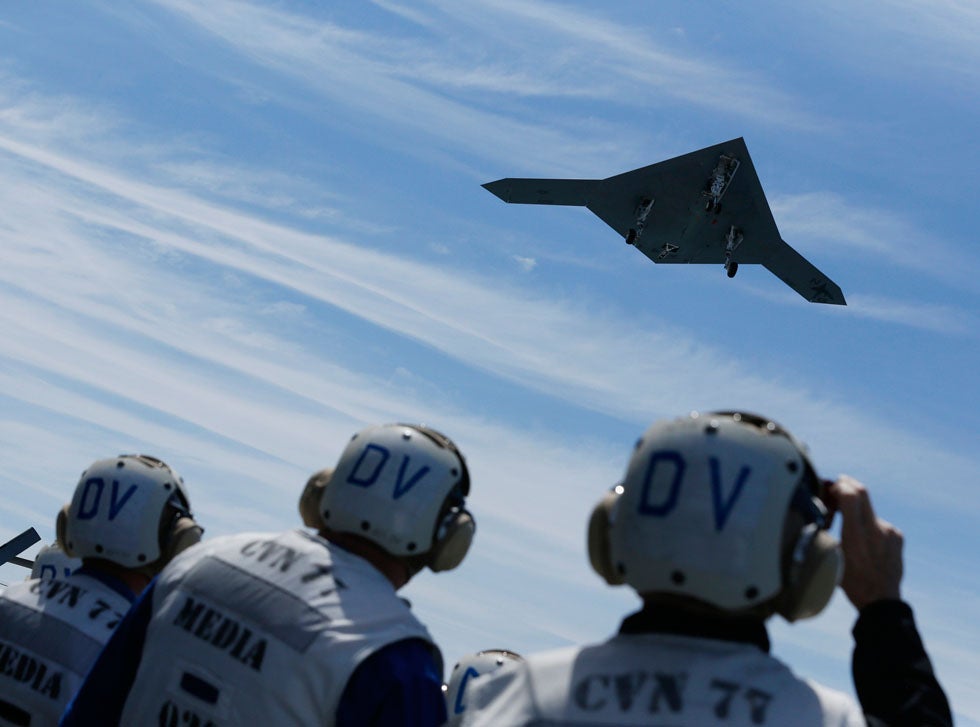 An X-47B pilot-less drone combat aircraft is launched for the first time off an aircraft carrier, the USS George H. W. Bush, in the Atlantic Ocean off the coast of Virginia

An X-47B pilot-less drone combat aircraft is launched off the USS George H. W. Bush in the Atlantic Ocean. The historic flight marks the first time an unmanned jet has ever been launch from an aircraft carrier. Read more about the incredible flight on our sister site, PopSci.com. Jason Reed is a Reuters staffer who primarily covers President Barack Obama and his cabinet members. See more of his work here and here. 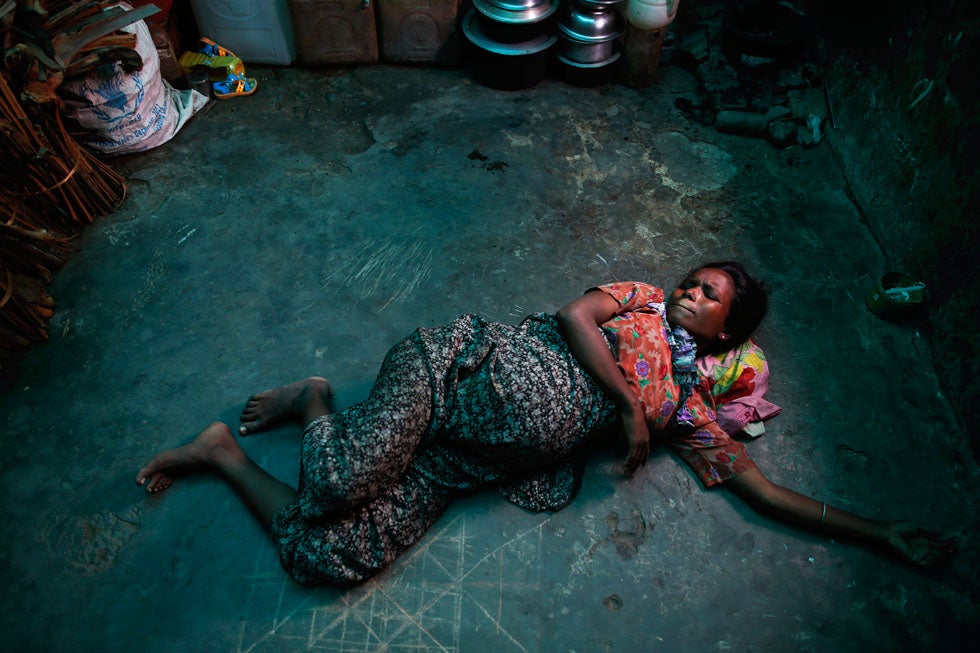 Roma Hattu, a Rohingya Muslim woman who is nine months pregnant and is displaced by violence, grimaces while experiencing labor pains on the bare floor of a former rubber factory now serving as her family’s shelter near Sittwe, Myanmar. Damir Sagolj is a Reuters staff photographer based in Myanmar. See more of his work here. 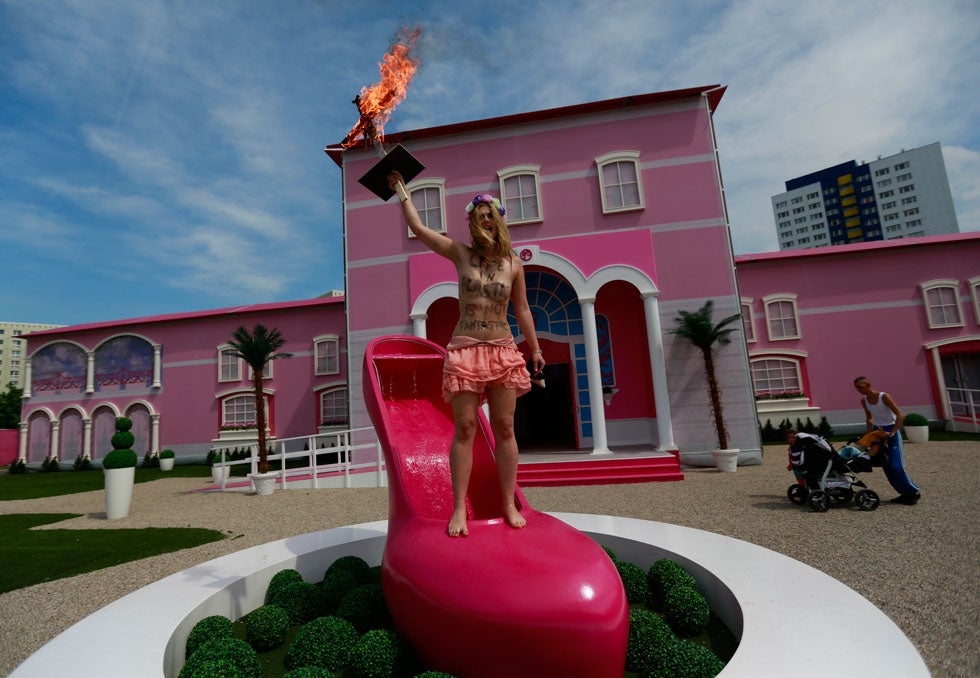 A topless activist from women’s rights group Femen protests outside a giant replica of “Barbie’s Dreamhouse” in Berlin, Germany. The text on activist’s chest reads: ‘Life in plastic is not fantastic.’ Pawel Kopczynski is a Reuters staff photographer based in Berlin. See more of his work here. 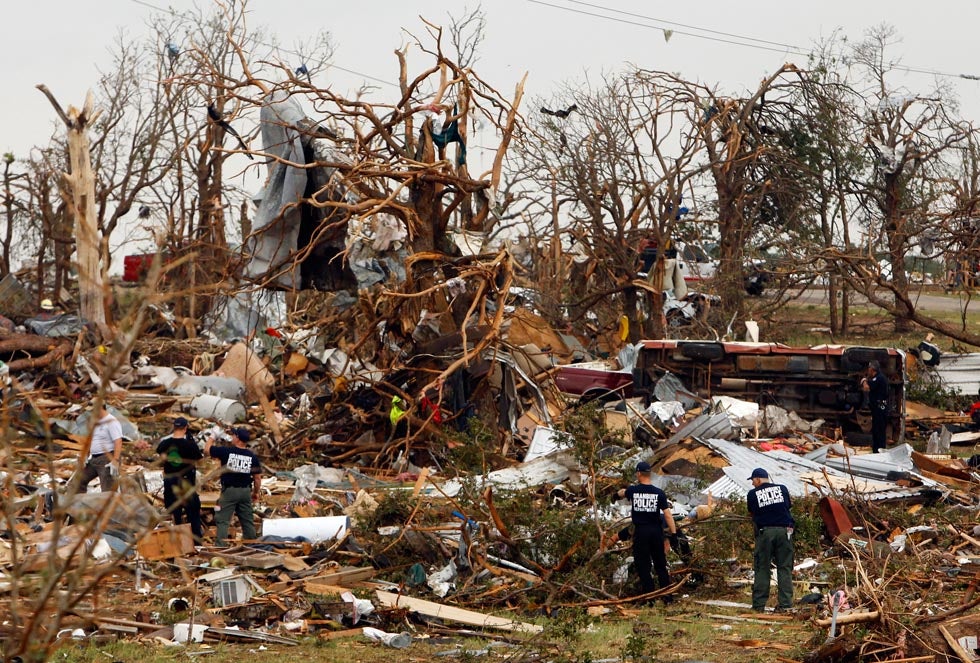 Rescue workers comb through debris after tornados swept through the town of Granbury, Texas late May 15, 2013. At least six people were killed and about 100 injured. Richard Rodriguez is a Reuters staffer based in Texas. 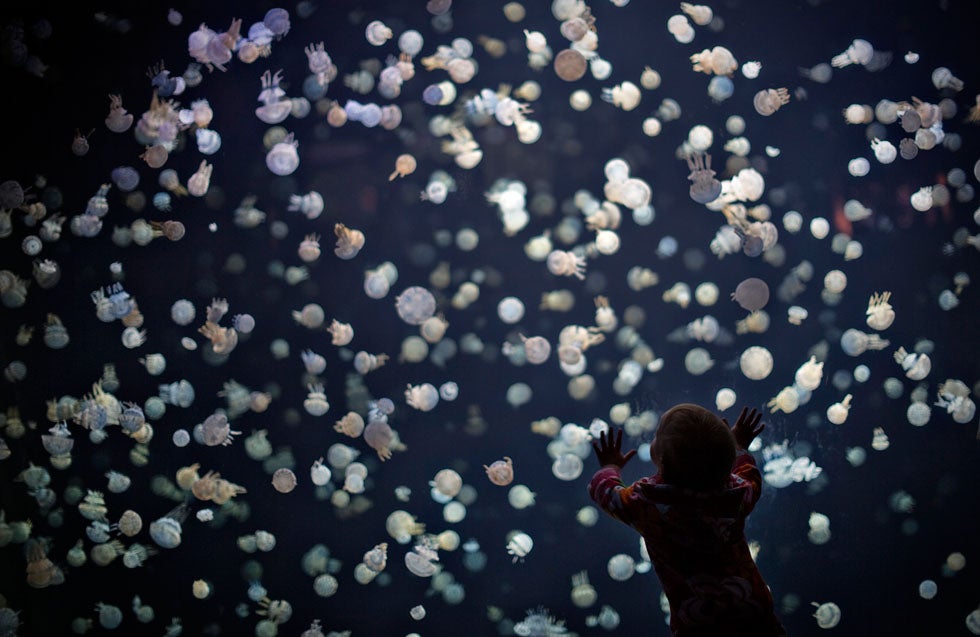 A child watches jellyfish swim in a large tank at the Vancouver Aquarium in Vancouver, British Columbia. Andy Clark is a freelance photographer based in British Columbia, shooting for Reuters. See more of his work here.