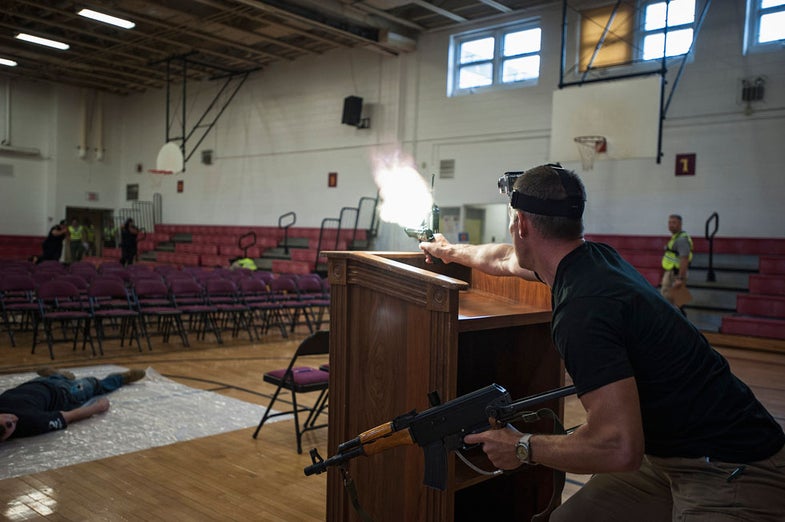 Nacional supporters cheer before their Uruguayan Tournament against Penarol in Montevideo

Supporters of Club Nacional de Football cheer amidst smoke from fireworks, before the start of a match against Penarol in Montevideo, Uruguay. Andres Stapff is a Reuters staffer based in Uruguay covering general news. 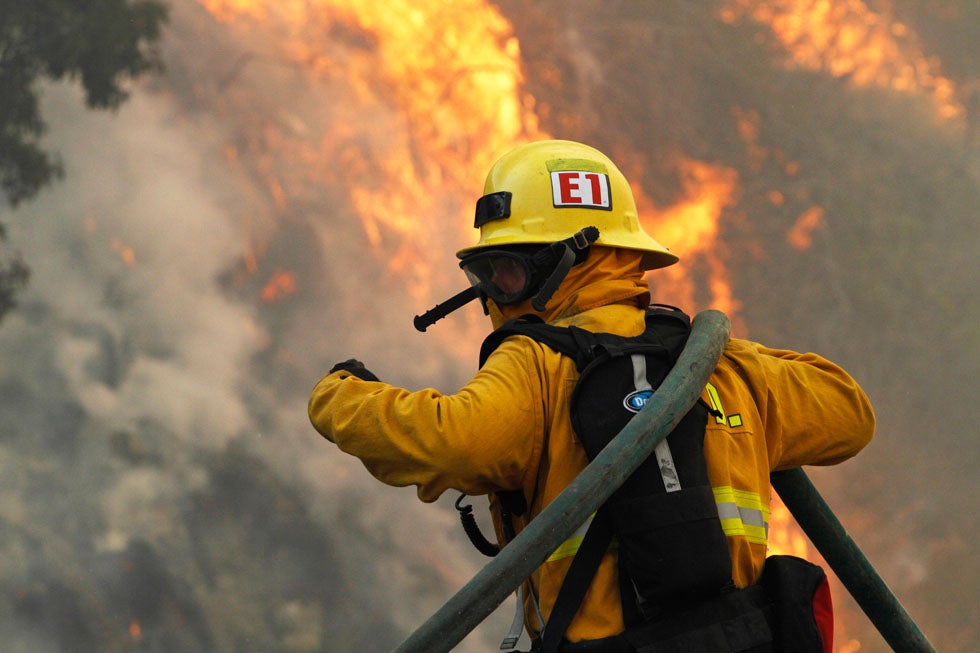 A firefighter battles the Springs Fire at Point Mugu State Park, located along the California coast, north of Los Angeles. The fire has threatened 3,000 homes and prompted evacuations of a university campus and several residential areas. Jonathan Alcorn is an LA-based photojournalist stringing for Reuters. Jonathan also does quite a bit of work for The Washington Post, Bloomberg and the New York Times. See more of his work here. 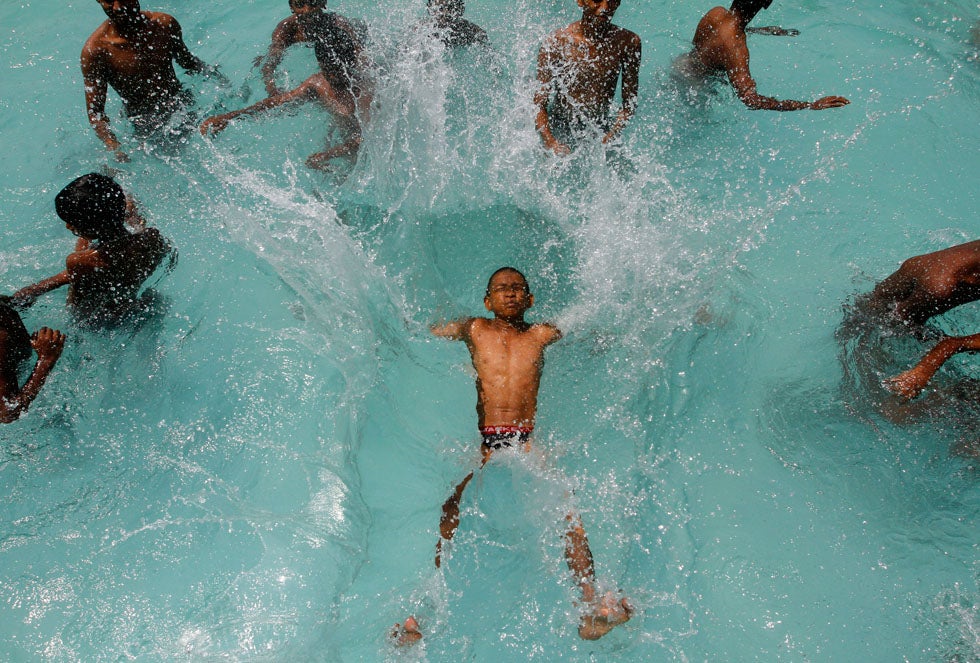 A boy jumps into a swimming pool to cool himself on a hot day in the southern Indian city of Chennai. Babu Babu is a Reuters photographer based in Chennai. See more of his outstanding work in our previous round-ups here and here.

Players from France’s national ice hockey team huddle in front if their goal before the start of the Ice Hockey World Championship preliminary round game against Russia. Grigory Dukor is a Reuters staffer based in Finland. See more of his work in our past round-up here. 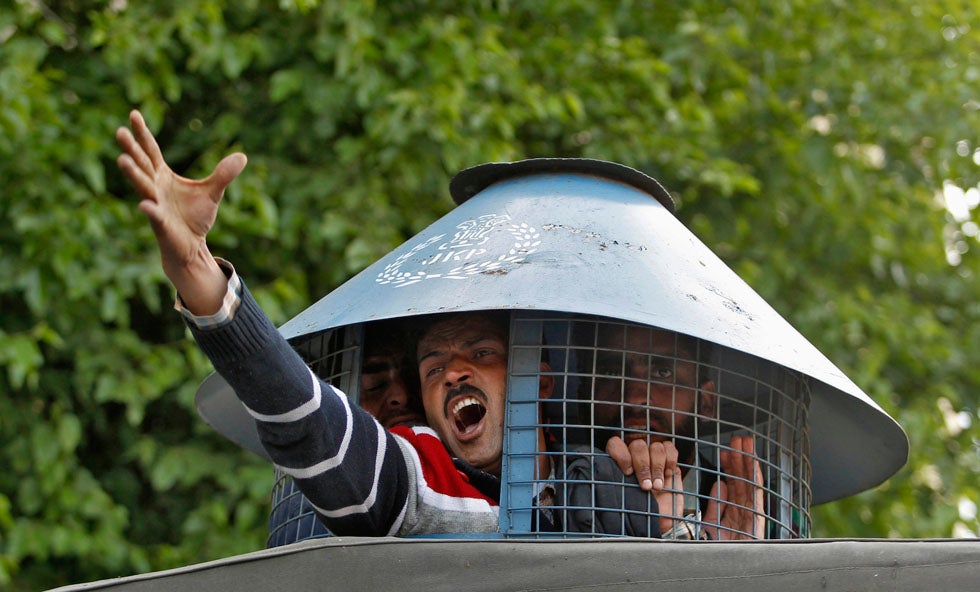 A government employee shouts slogans from inside a police vehicle after he was detained by police during a protest in Srinagar, India. Indian police detained dozens of employees on Wednesday during a protest demanding a greater regularization of temporary jobs and a hike in salary. Danish Ishmail is a photojournalist based in Srinagar, shooting for Reuters. 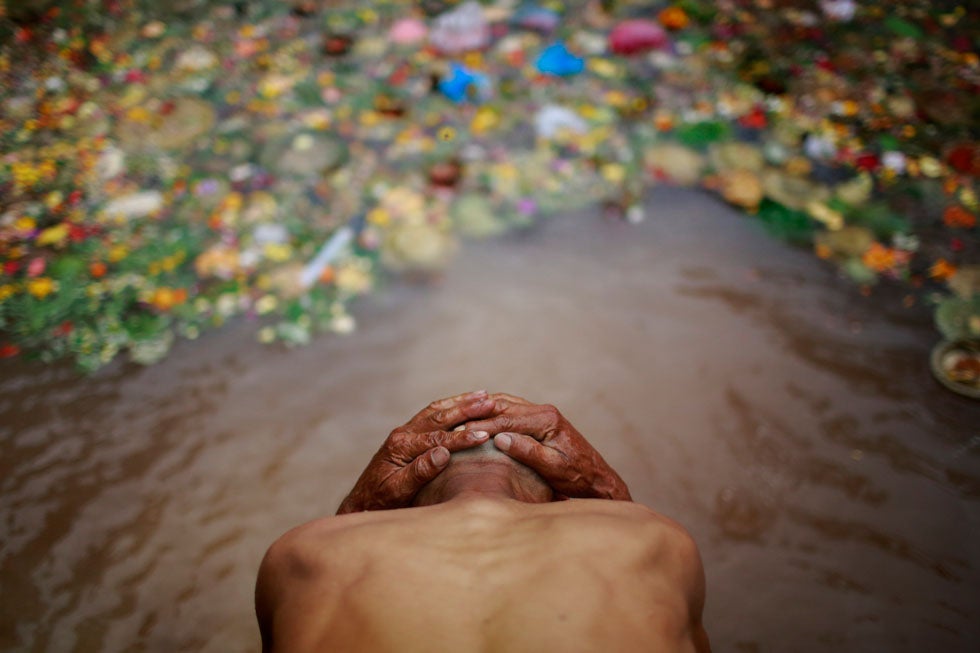 A man takes a holy bath at Matathirtha in Kathmandu, to celebrate Mother’s Day. It’s tradition that families who have lost their mothers take a holy wash and offer prayer each year on Mother’s Day. Navesh Chitrakar is a Reuters staffer based in Nepal. You can see more of his incredible work in our past round-ups here and here.