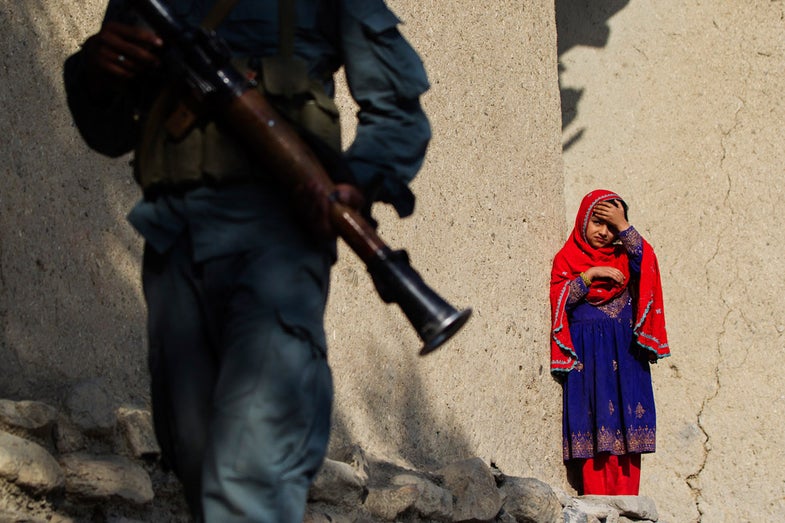 An Afghan girl watches as a member of the Afghan Uniformed Police walks past with paratroopers from Chosen Company of the 3rd Battalion (Airborne), 509th Infantry on a helicopter assault mission to improve their biological database, near the town of Ahmad Khel in Afghanistan's Paktiya Province July 16, 2012. Picture taken July 16. REUTERS/Lucas Jackson (AFGHANISTAN - Tags: CIVIL UNREST MILITARY TPX IMAGES OF THE DAY). � Lucas Jackson / Reuters
SHARE 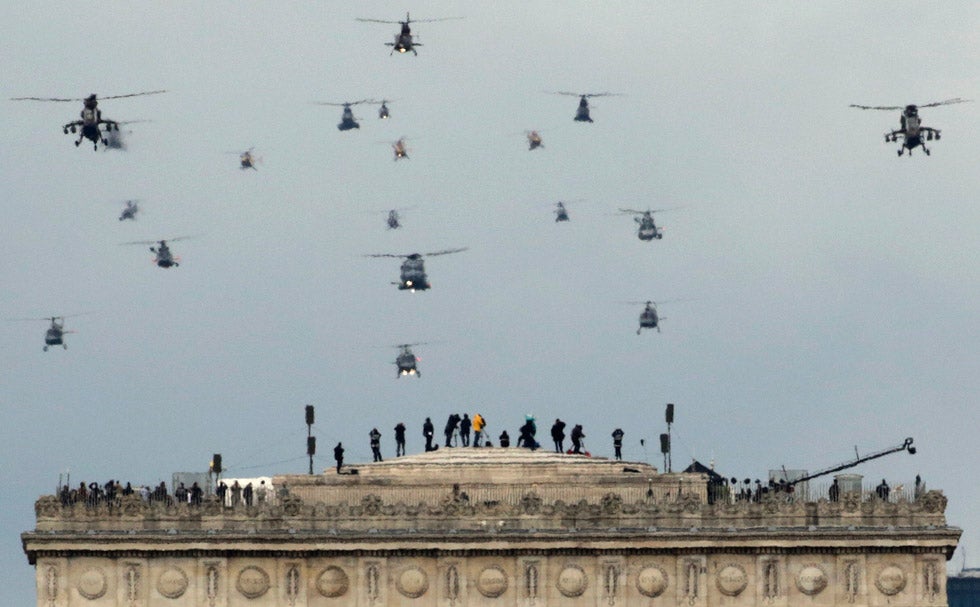 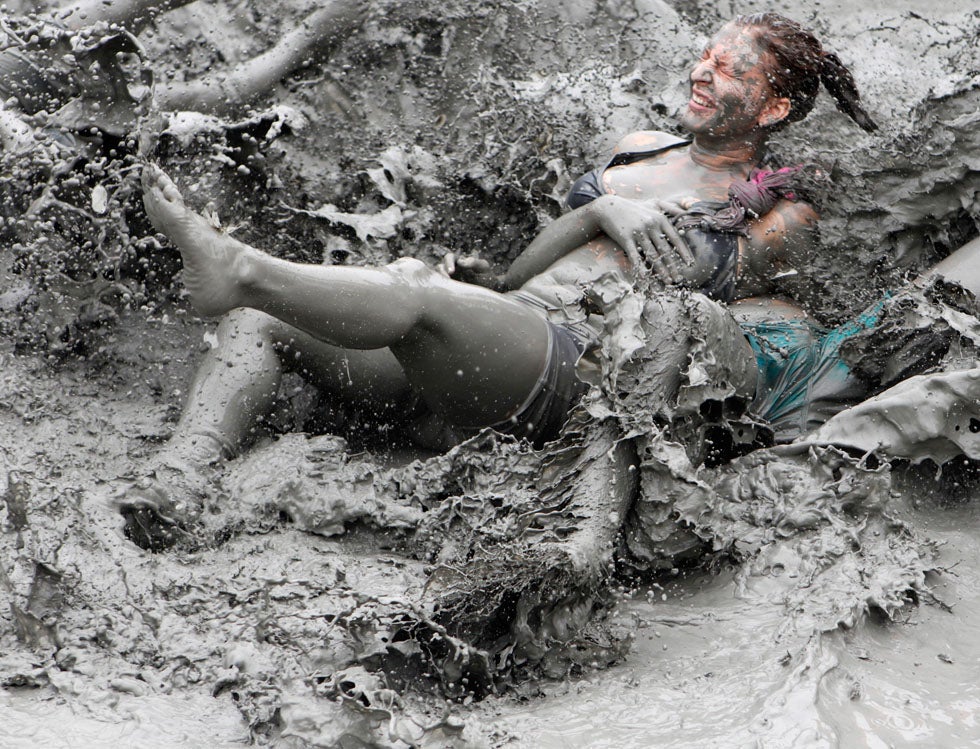 Tourists play in the mud during the opening day of the Boryeong Mud Festival at Daecheon beach in Boryeong, South Korea. Lee Jae Won has been Reuters’ chief photographer for Korea since 2002. Check out more of his work on the Reuters blog. And if you like mud festivals, see also the work of ERIC who we’ve recently featured. 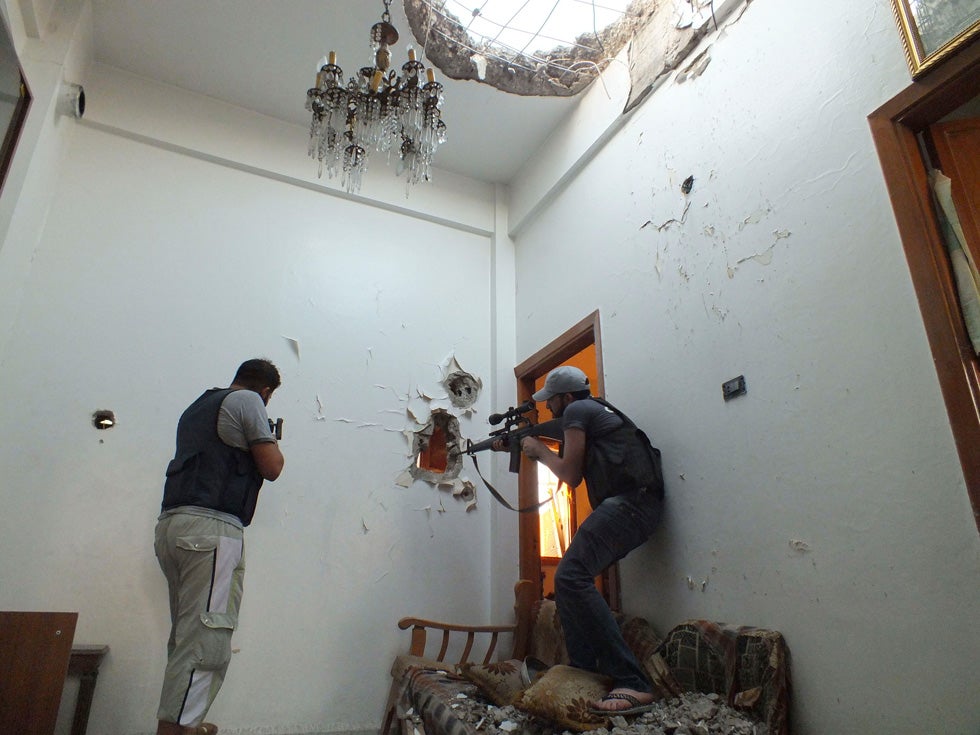 Two members of the Free Syrian Army hold their weapons as they take defense positions in a house in Homs, Syria. Yazen Homsy is a freelance photographer covering the conflict in Syria and submitting work to Reuters. 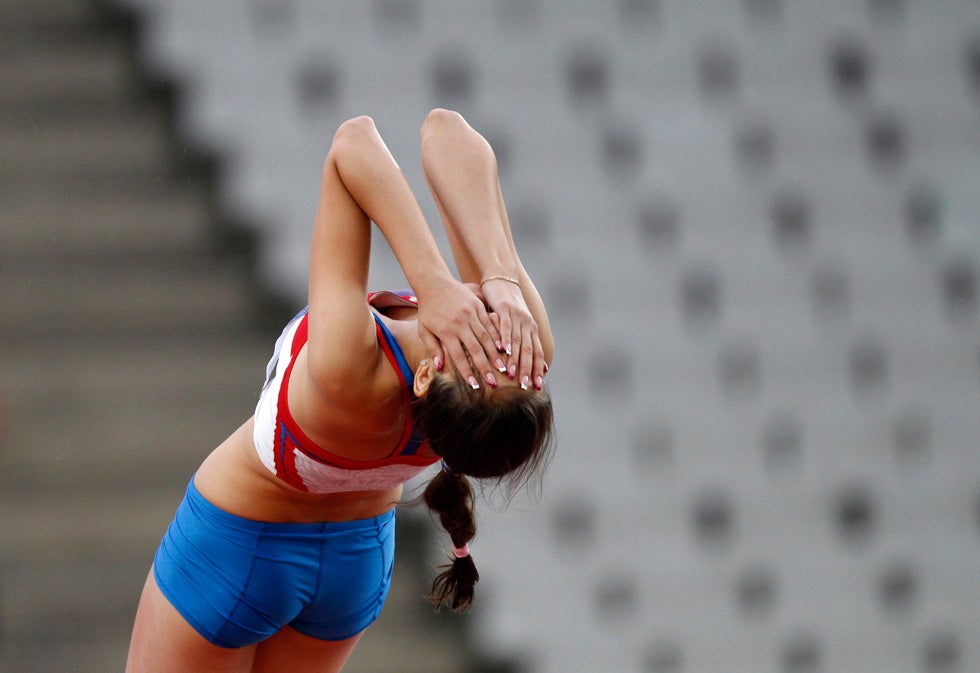 Mariya Kuchina of Russia reacts after finishing third and getting the bronze medal in the High Jump final at the IAAF World Junior Championships in Barcelona, Spain. Gustau Nacarino is a veteran photojournalist working for Reuters out of Barcelona, Spain. 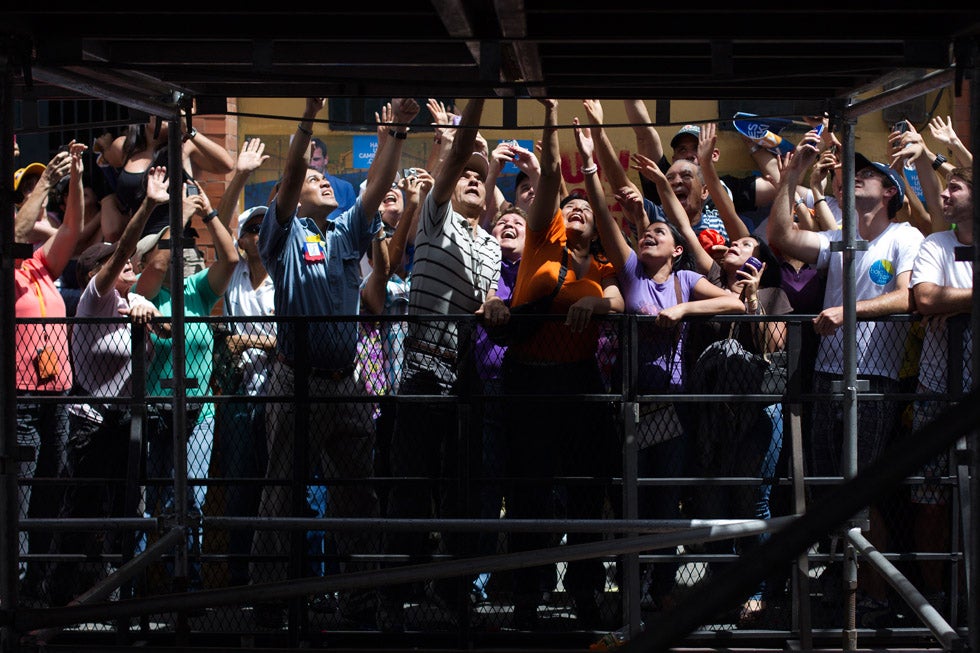 Supporters of opposition candidate Henrique Capriles reach out to him as he greets them during a presidential election rally in Caracas, Venezuela. Carlos Garcia Rawlins is a freelance photographer working for Reuters. He is based out of Caracas, Venezuela. He is also part-time photography teacher at Roberto Mata Tailer de Fotografia in Venezuela. See more of his work on his personal site. 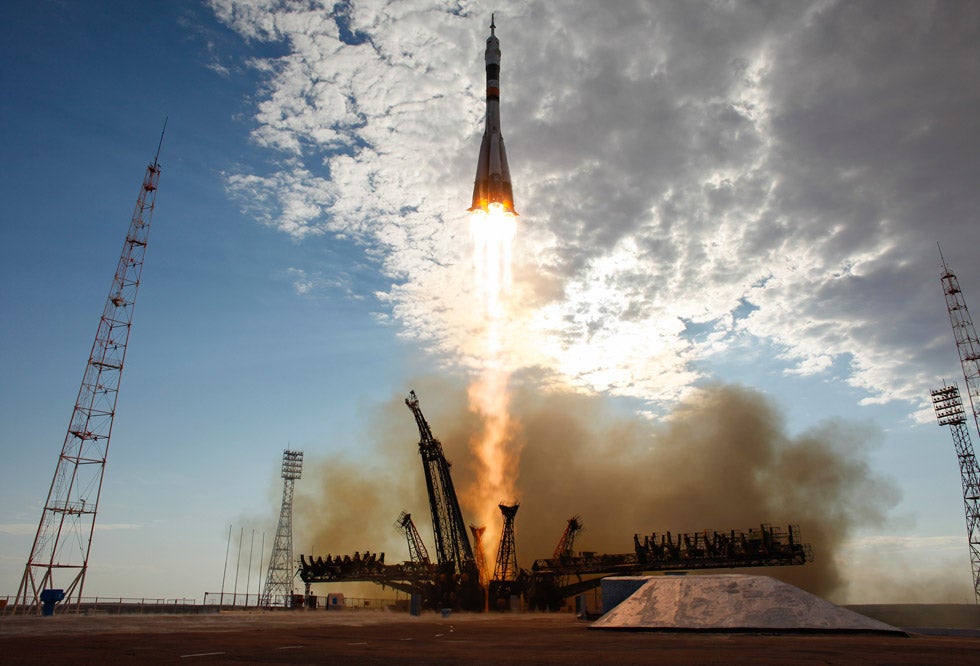 The Soyuz TMA-05M rocket launches from the Baikonur Cosmodrome in Kazakhstan carrying Russian, Japanese and U.S. astronauts to the International Space Station for a four-month mission. Carla Cioffi is a photographer and photo archivist for NASA and currently based in the Washington DC-area. 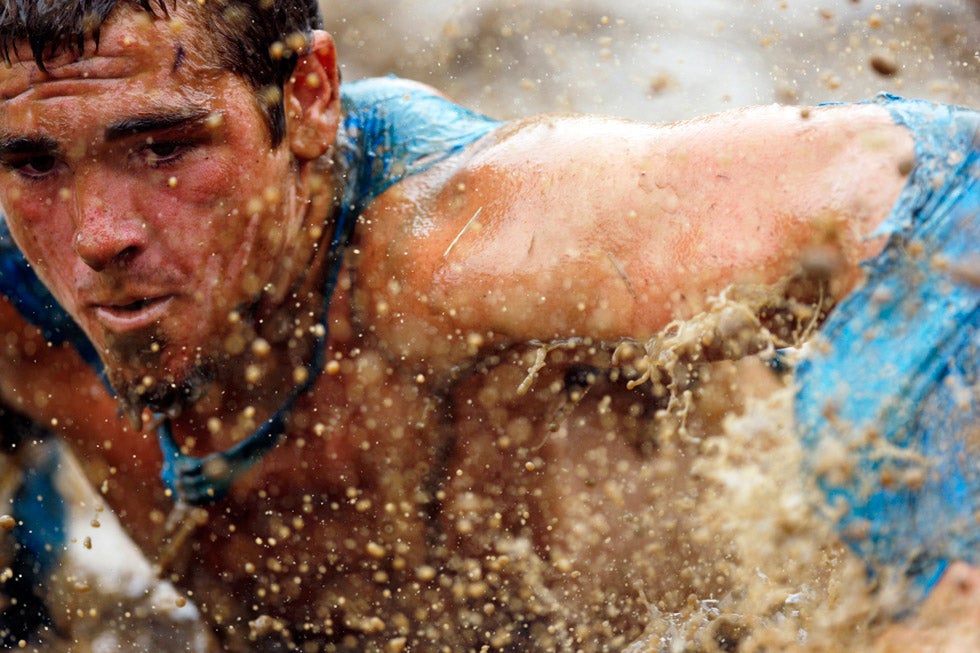 Mud flies in front of a competitor as he swims through mud underneath electrified wires during the Tough Mudder at Mt. Snow in West Dover

A competitor swims through mud beneath a web of electrified wires during the Tough Mudder race at Mt. Snow in West Dover, Vermont. The Tough Mudder is a nine-mile endurance event that runs competitors through a military style obstacle course. Jessica Rinaldi is a freelance photographer based out of Boston, Massachusetts. See more of her work on her personal site. 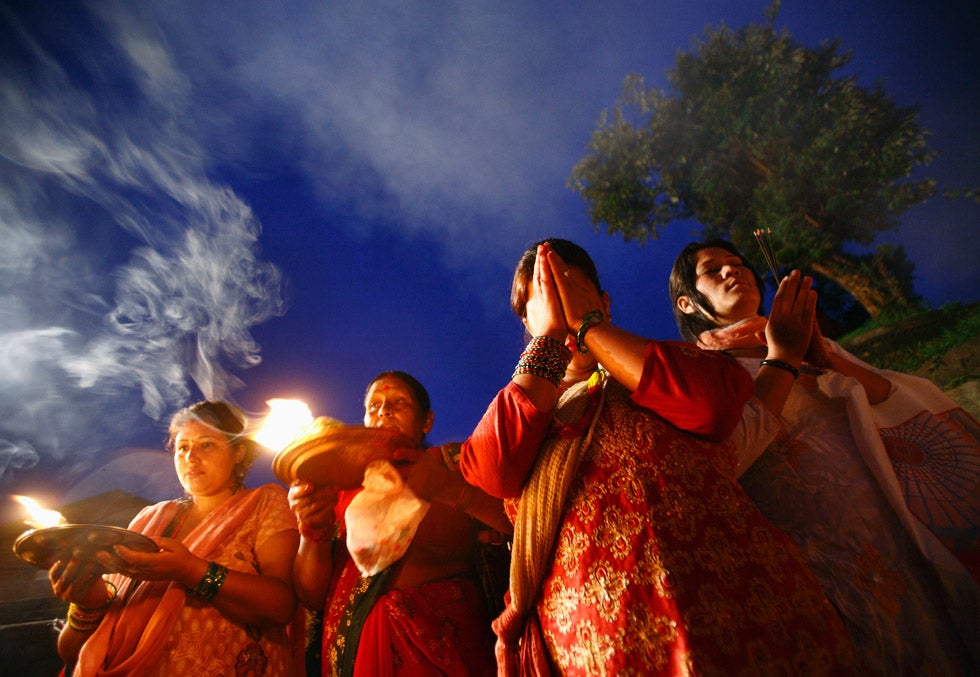 Hindu devotees offer prayers at the Pashupatinath temple as they take part in the “Bol Bom” pilgrimage in Kathmandu, Nepal. The faithful, chanting the name of Lord Shiva, run nine miles barefoot to Pashupatinath temple seeking good health, wealth and happiness. Navesh Chitrakar is a Reuters staffer based in Nepal. This is one of two images Chitrakar has featured in this week’s round up. Check out the other later in the gallery and see more of his work on the Reuters blog. 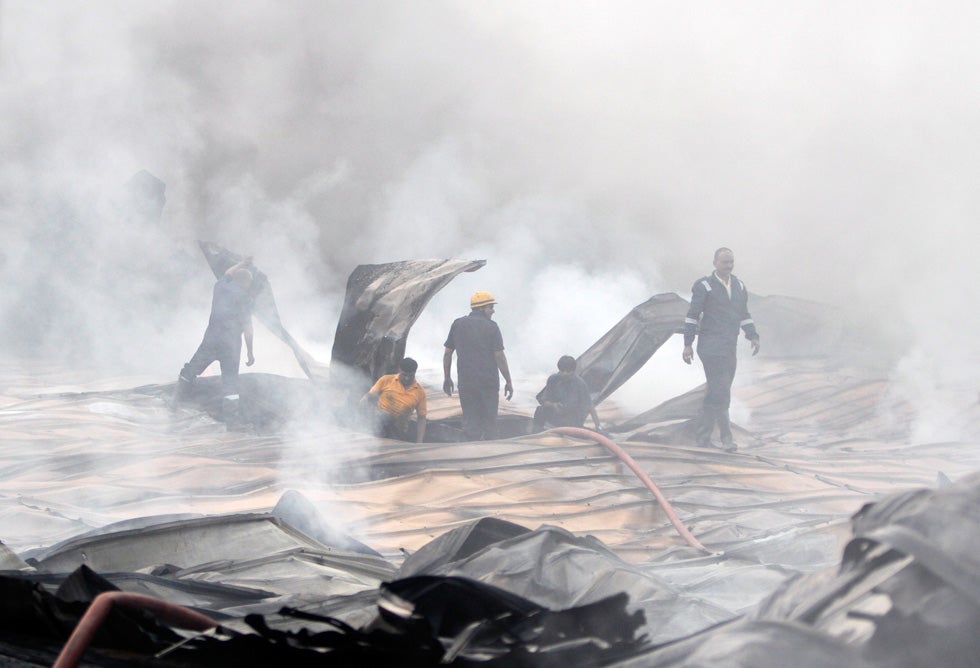 Firefighters douse a fire at the Hitachi Air Conditioning manufacturing factory in Kadi, north of the western Indian city of Ahmedabad. Amit Dave is a Reuters photographer based in Western India. 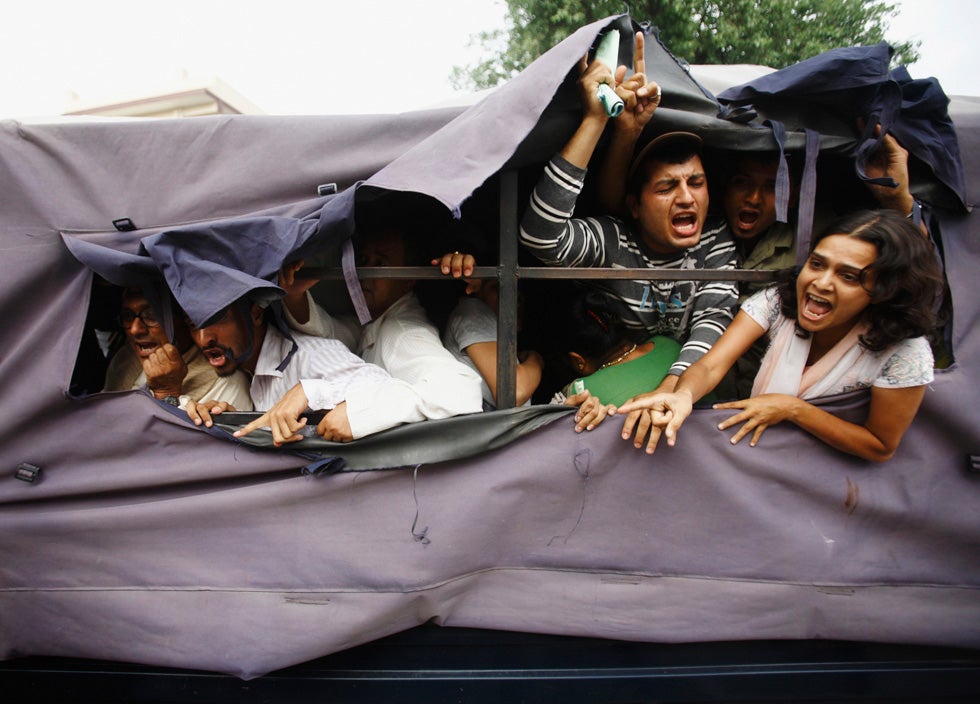 Human Rights and Peace Society activists shout from a police vehicle after getting arrested during a sit-in protest outside Prime Minister Baburam Bhattarai’s official residence in Nepal. Navesh Chitrakar is a Reuters staffer based in Nepal. See more of his work on the Reuters blog.