Be sure to check out our archive of past Photojournalism of the Week galleries, where you will find more great … Continued 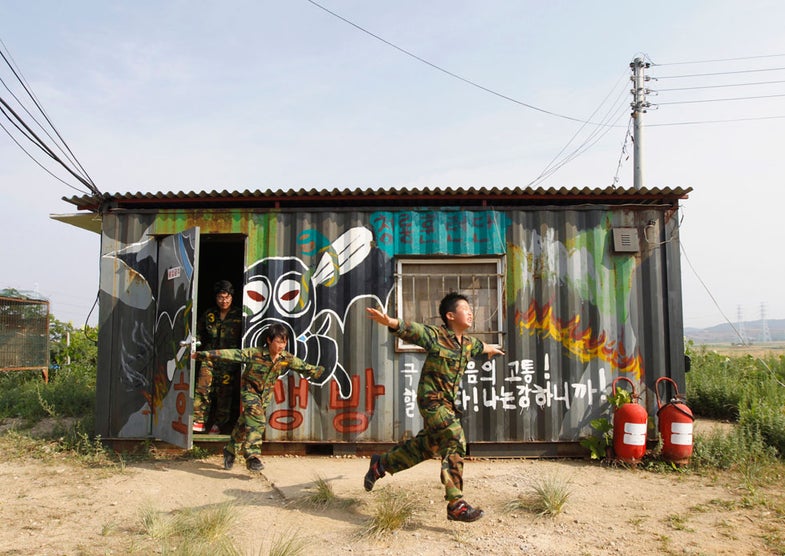 Students exit a building where they were introduced to the effects of tear gas as part of their chemical, biological, and radiological training during a summer military boot camp in Ansan, south of Seoul August 8, 2012. Over 1,000 students and civilians are attending attending the boot camp training courses, running from July till August at the Blue Dragon Camp operated by retired marines. REUTERS/Lee Jae-Won (SOUTH KOREA - Tags: EDUCATION SOCIETY MILITARY). © Lee Jae Won / Reuters
SHARE 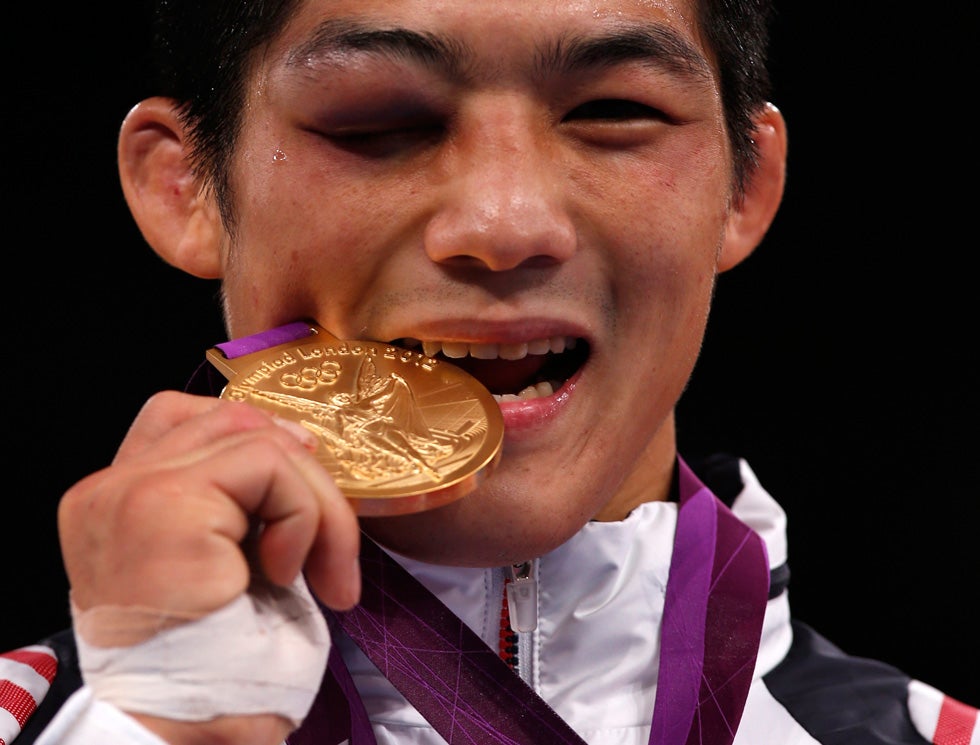 South Korea’s Hyeonwoo Kim bites his gold medal on the podium after winning the Men’s 66Kg Greco-Roman wrestling event. Damir Sagolj is a Reuters staff photographer based in Myanmar. He recently won first prize in the World Press Photo “Daily Life Singles” category. Check out his awesome blog over on the Reuters site, as well as his past appearance in our weekly round-up here. 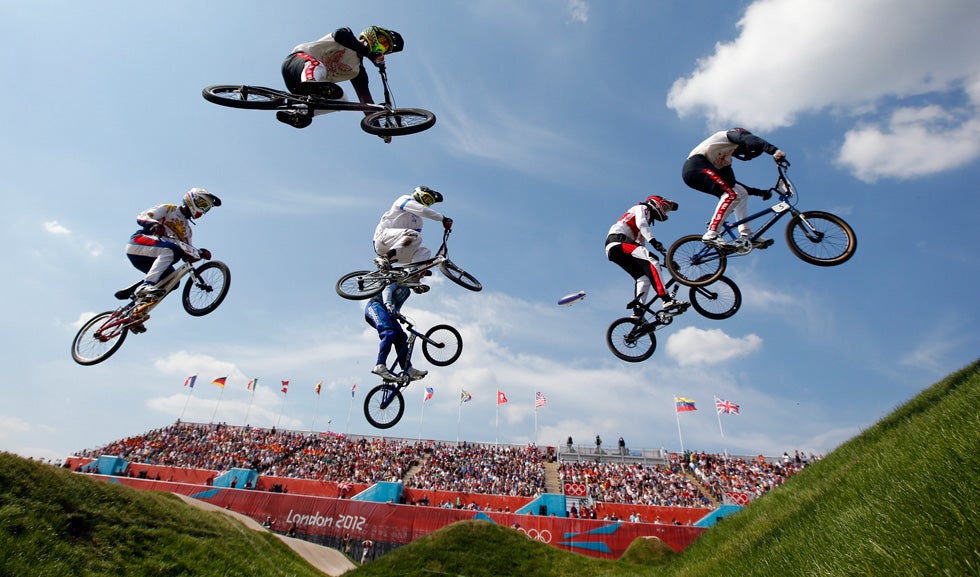 Athletes compete in their men’s BMX quarter-final run during the London Olympics. Paul Hanna is a Reuters staffer covering the cycling events at the 2012 Games. 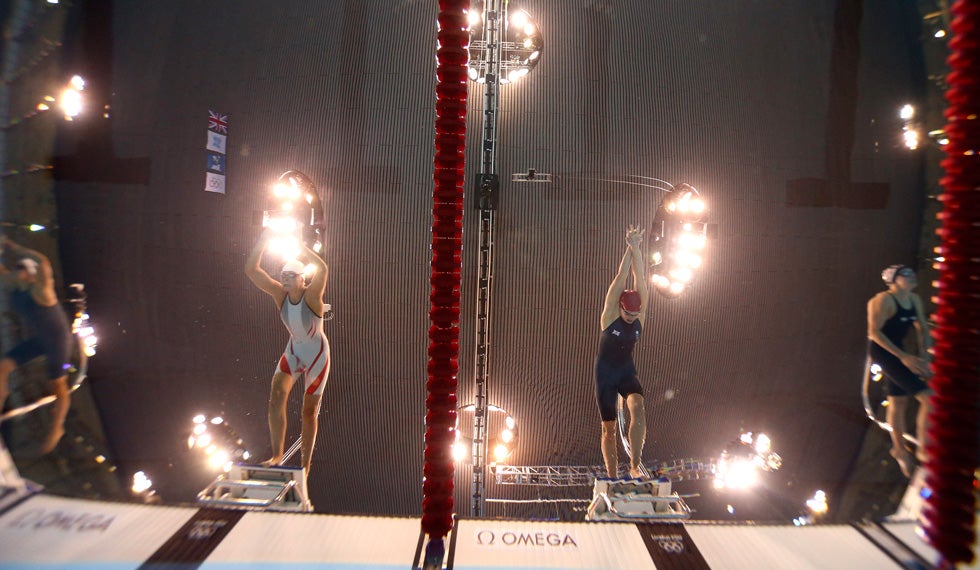 Spain’s Mireia Belmonte Garcia, Denmark’s Lotte Friis, Britain’s Rebecca Adlington and Katie Ledecky of the U.S. (L-R) compete in the women’s 800m freestyle final. Michael Dalder is a Reuters photographer covering many of the swimming and running events at the 2012 London Olympics. Be sure to check out his incredible photo of Michael Phelps from last week’s gallery. 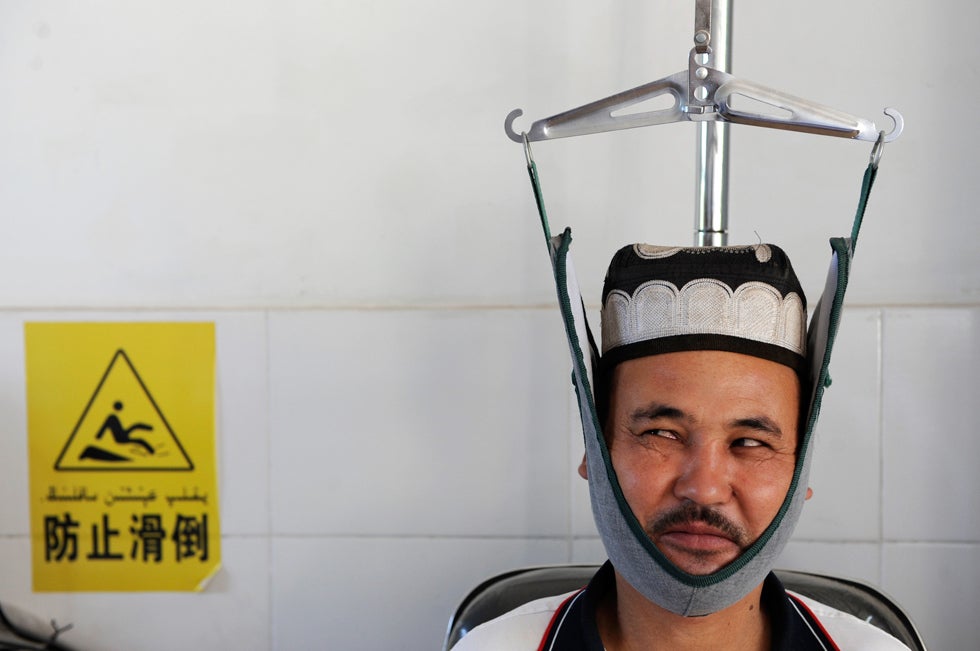 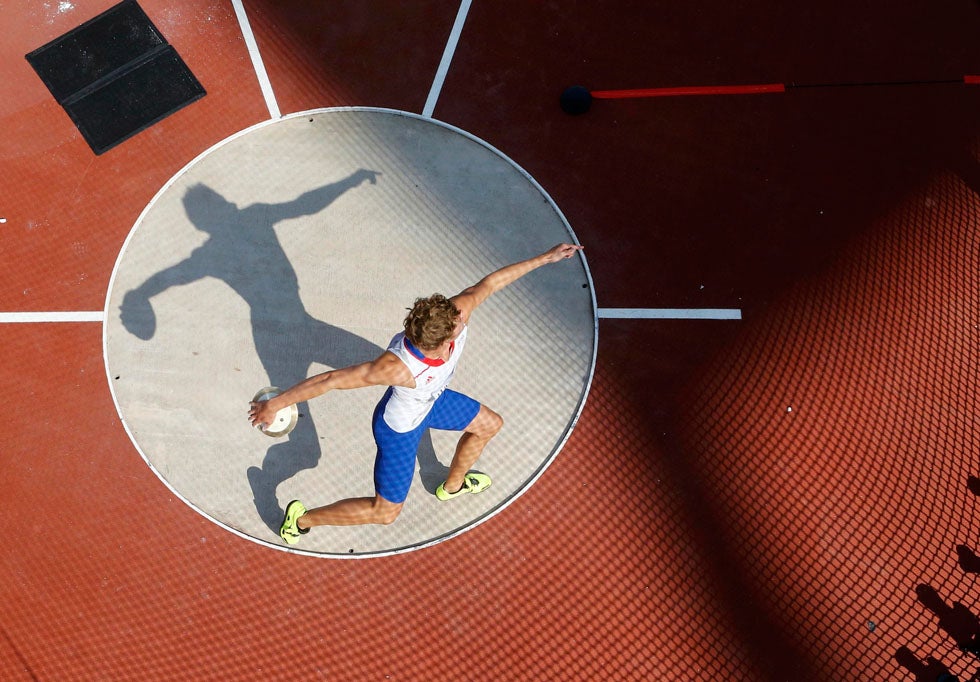 France’s Kevin Mayer competes in the men’s decathlon discus throw event at the London Olympic Games. Pawel Kopczynski is a Reuters staff photographer based out of Berlin, Germany, currently covering the 2012 Games. 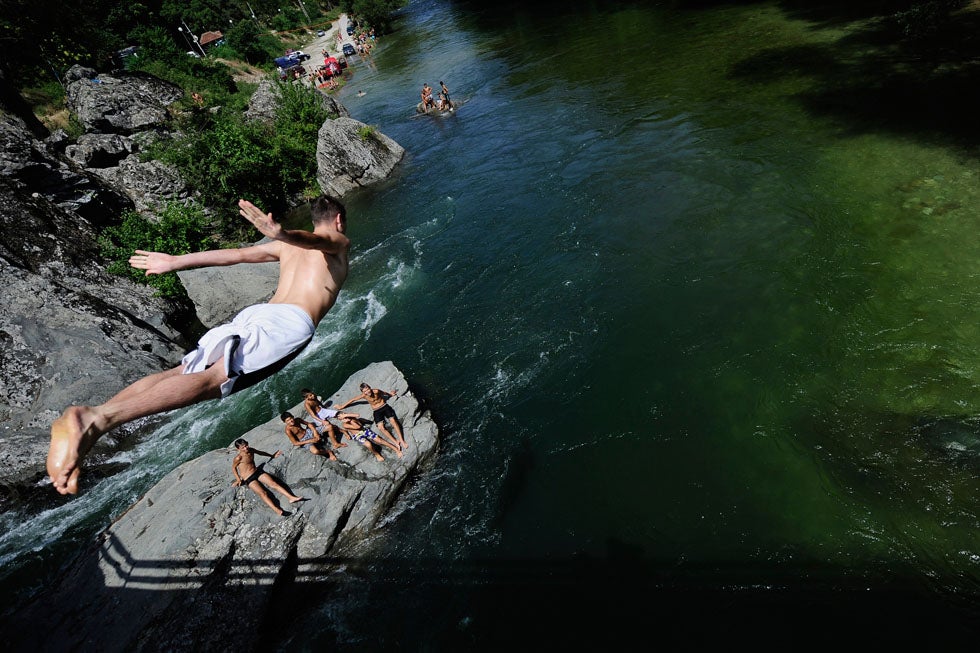 A boy dives into the Treska river for a swim as temperatures soared to 43 degrees Celsius (110 degrees Fahrenheit), near the capital Skopje

A boy dives into the Treska river for a swim as temperatures soared to 110 degrees Fahrenheit in Macedonia. Ognen Teofilovski is a Macedonia-based photojournalist working for Reuters. 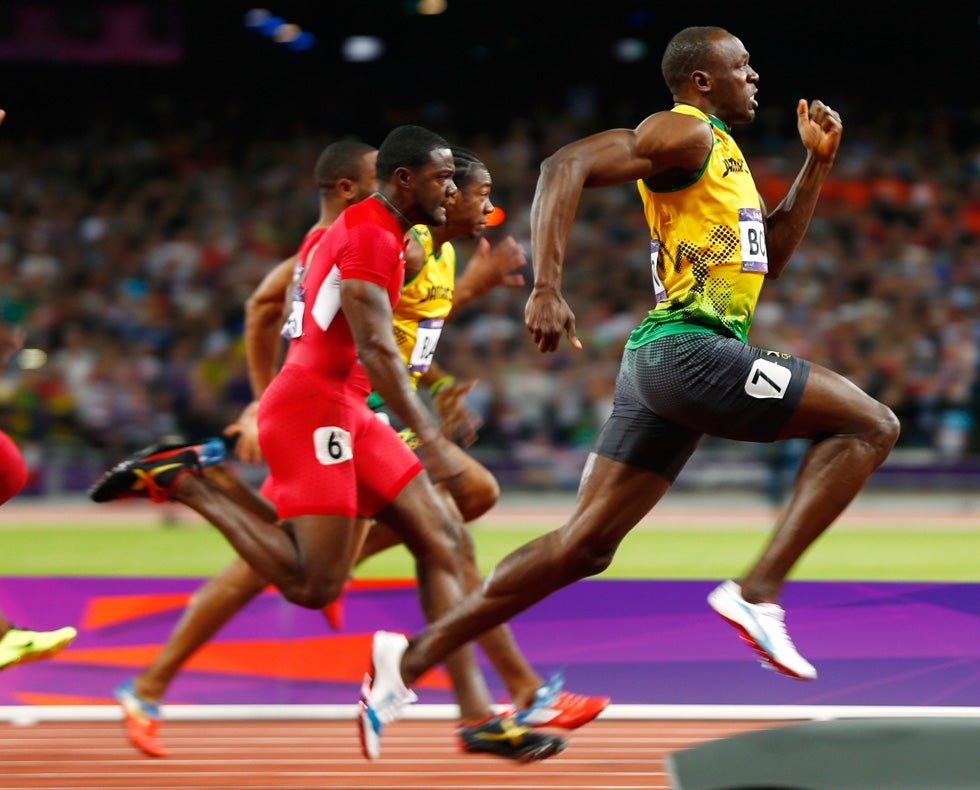 Jamaica’s Usain Bolt leaps ahead to win the men’s 100m final during the London Olympics. Michael Dalder is a Reuters photographer covering the 2012 Games.