The graffiti covered-building that photographer Jay Maisel has used as a home, studio, and gallery for 50 years appears to... 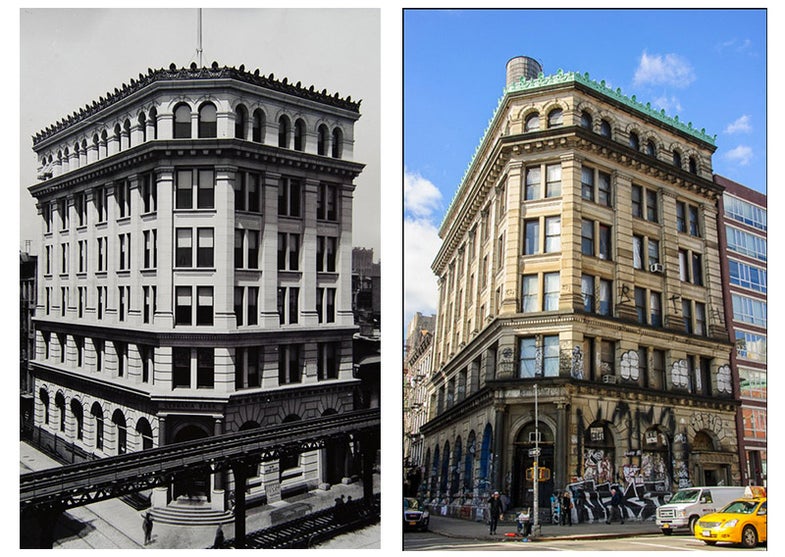 The graffiti covered-building that photographer Jay Maisel has used as a home, studio, and gallery for 50 years appears to be on the market. Crain’s reported yesterday that the 37,000 square-foot limestone property was listed on RFR Realty, but noted that Maisel and RFR were staying quiet about the space’s future.

The New York photographer purchased the 72-room building in 1966 for $102,000. 190 Bowery originally built in 1898 as a Germania bank and according to the New York Landmarks Preservation Commission it operated as one until the mid-60s before it fell into disuse. Maisel snatched it up shortly after that. The space gained landmark status in 2005. RFR Realty’s website includes simple floor plans of each of the floors and states that “the ground and second floors have 18-foot ceiling heights and are ideal for retail use.”

The building was actually featured in a 2008 New York Magazine real estate story, with rare looks inside the architectural beauty Maisel calls home. In that article Maisel said he wouldn’t even consider allowing real estate agents do a walk through, but it appears the times are changing. We just hope 190 Bowery doesn’t have an H&M in its future.