A Paradise for Japan’s Photographic “Grandpas”

This past weekend, I took the short trip from Tokyo to Yokohama to visit Japan’s largest camera event, CP+. I... 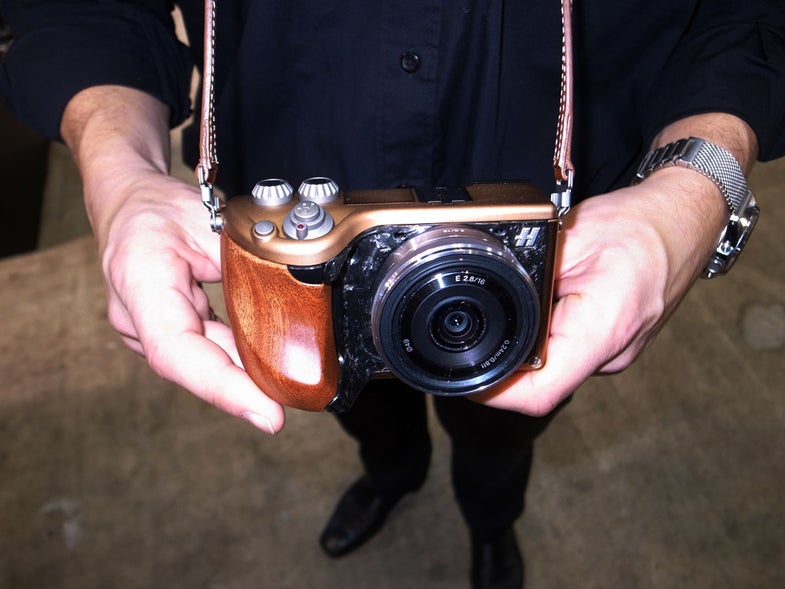 This past weekend, I took the short trip from Tokyo to Yokohama to visit Japan’s largest camera event, CP+. I had been invited to give a short talk at one of the booths there, giving a foreign perspective on Japanese photography. To be honest, I’ve pretty much stopped taking my own photos these days, and I hardly keep up with the latest camera technology, so I don’t think I would have gone otherwise. It was nice, though, to have a reason to check out the fair, which was held in a massive convention center on the Tokyo Bay.

I’m sure you can find information about the new camera models on gear sites; I’m not here to tell you about that. For me, CP+ drove home the fact that Japan is a camera nation. Of course Japan is the home of many notable camera manufacturers, all of whom were represented at the event. But by “camera nation” I also mean the fact that it’s simply much more common to see people walking around with cameras here. I would guess that (by ratio) there are more hobbyist, or “high amateur” photographers in Japan than anywhere else. One species of photographer, an older man affectionately called “grandpa,” is particularly common. I know a local park where you can always find four or five “grandpas” pointing huge telephoto lenses at a pond, waiting for a rare bird of some sort to make an appearance. I’m not sure whether “grandpa” photographers even care so much about getting the final shot, or whether preparing and using special equipment doesn’t represent the actual thrill of their activity.

In any case, it’s hardly my place to pass judgment about what the “grandpas” get up to, but they’re the context in which this event makes sense. For a certain kind of male audience, CP+ could be seen as a kind of paradise. It was pretty similar to an auto show: the hall was full of pounding music, live demonstrations given to packed crowds and models posing with new products. Here, of course, packs of dudes are snapping photos of the models at a distance. It’s a bit of a surreal experience; if there are any aspiring gonzo journalists in Japan, this event would be a good place to start. I ran into John Sypal on the floor of the event—he was shooting on assignment for his monthly Tokyo Camera Style column in Nippon Camera magazine—and he offered the following commentary on the show:

CP+ is just this huge spectacle of consumers and producers of “imaging” that is just unsettling enough to be really interesting. While all the makers have these elaborate campaigns touting the latest march forward in technology—with a pace that conveniently matches their product cycles-and interactive displays staffed with sales people, it’s always amazing to see the satisfaction that the men who attend this event seem to have with just getting to take pictures of the attractive booth girls in their little costumes. You’ve never seen such a more patient, superficial, and slightly horrified smile on a pretty girl’s face before.