Life Off the Grid

A Yale-educated fine-art photographer, Lucas Foglia grew up on a farm on Long Island. His family’s self-sufficiency inspired a five-year... 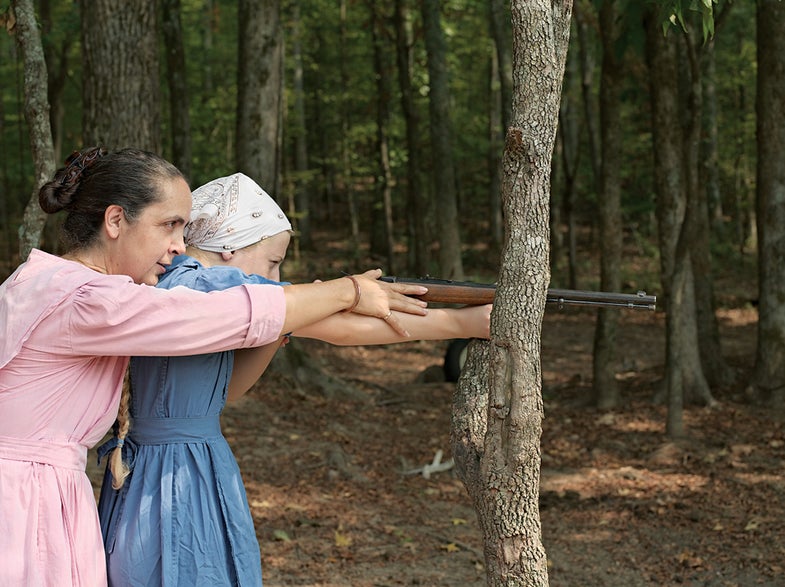 A Yale-educated fine-art photographer, Lucas Foglia grew up on a farm on Long Island. His family’s self-sufficiency inspired a five-year odyssey through the southeastern United States to befriend and photograph people who have chosen—for environmental, religious or political reasons—to live off the land. His artfully framed images reflect the joys and hardships of this life: a boy drinking goat’s milk from the source, a teenager scything his family’s lawn, a Tennessee mother teaching her daughter to shoot a rifle. These scenes seem to come from 19th-century America, yet were captured between 2006 and 2010. Foglia points out that his subjects are not totally removed from modern times. “Many have websites, laptop computers and cellphones that they charge on car batteries or solar panels,” he says. “They do not wholly reject the modern world. Instead, they step away from it and choose the parts that they want to bring with them.”