IKEA Catalog Phasing Out Photography In Favor of CGI

When you think of IKEA, you probably think about sleek furniture, frustrating experiences constructing said furniture, and maybe even Swedish... 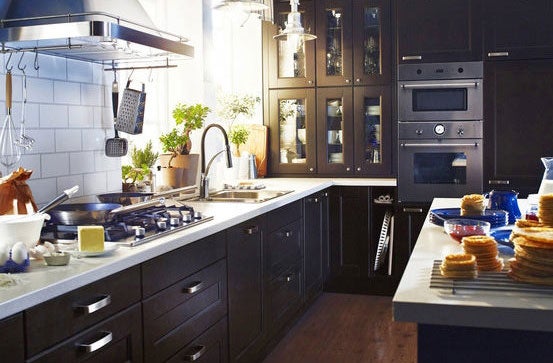 When you think of IKEA, you probably think about sleek furniture, frustrating experiences constructing said furniture, and maybe even Swedish meatballs. But photography? Probably not. As it turns out, IKEA produces 208 million catalogs a year (making it one of the most-read publications in the world), including 62 different versions for 43 countries. This means that the Swedish firm employs almost 300 people to produce the images for these catalogs, and, for the most part, it’s been a massive photographic operation. In a gigantic studio, entire kitchens are built and torn down just for the sake of being photographed. As The Wall Street Journal reports, though, photography is being phased out in favor of images created digitally. The computer-generated images are remarkably similar to what you would get with good old fashioned light; you can test yourself on the WSJ’s site to see if you can actually spot the difference between the photographed and computer-generated images.

Chances are you won’t notice a significant difference. I heard about this story from a person who works in the commercial photography world, and while he was obviously a little dismayed to hear the news, it only confirms what he says he’s known for quite some time–that in general, jobs for photographers are drying up. I always imagined that, in a broader sense, photography would never really have to regard digital technologies as any kind of “threat,” in the same way that, for a while, the music industry floundered with the spread of MP3s. After all, screens are a perfectly good way to distribute photographs. But it seems like I miscalculated: it’s not photographsm, but images that are part and parcel of the digital world. IKEA’s obviously not about to stop using images for its catalogs, but the way they’re generated is going to change. I’d be surprised if this trend doesn’t appear more broadly over the next few years.