The Hidden Grace Of Baseball, By Way of the Television Screen

How many times have you watched baseball on TV and marveled at the grace of the players–sprinting for catches, rounding... 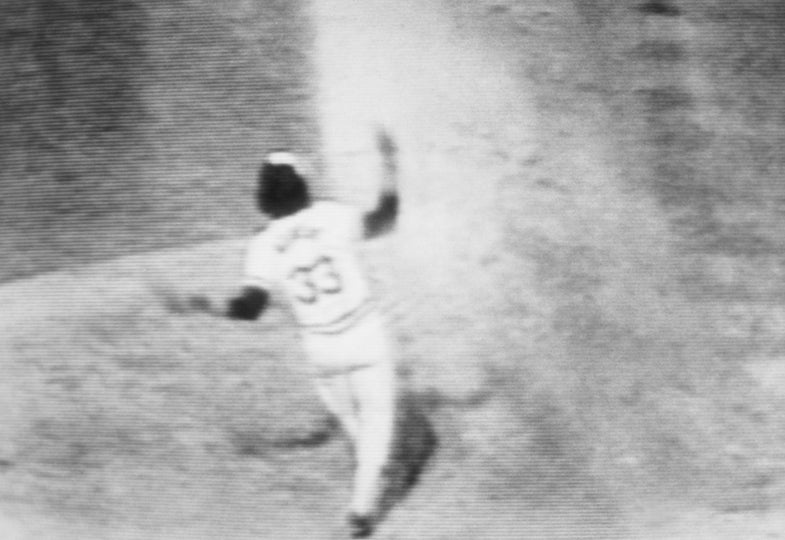 How many times have you watched baseball on TV and marveled at the grace of the players–sprinting for catches, rounding the bases, occasionally crashing into each other or stumbling? Probably not too often. but Mauro Altamura’s “Falling Forward” brings out exactly that quality. In this series, produced in the mid-1980s, he photographed his television set during baseball games to produce images that now, due to the glowing, blurry screen, look almost haunted. You can just barely make out the uniforms of the players, let alone their faces, but to me, this actually adds to the overall effect of the work.

There’s certainly some nostalgia here, at least for baseball fans who will recognize old uniforms. Still, when I saw these photos, I was immediately struck by the way Altamura managed to catch the players in such an ephemeral way, floating across a static-filled black and white field. After sitting for so long, these photographs can give us an even greater impact now. I’m a baseball fan, but even for those who aren’t, there’s an abstract quality to this work that’s very appealing.