See a slideshow of her botany in blue 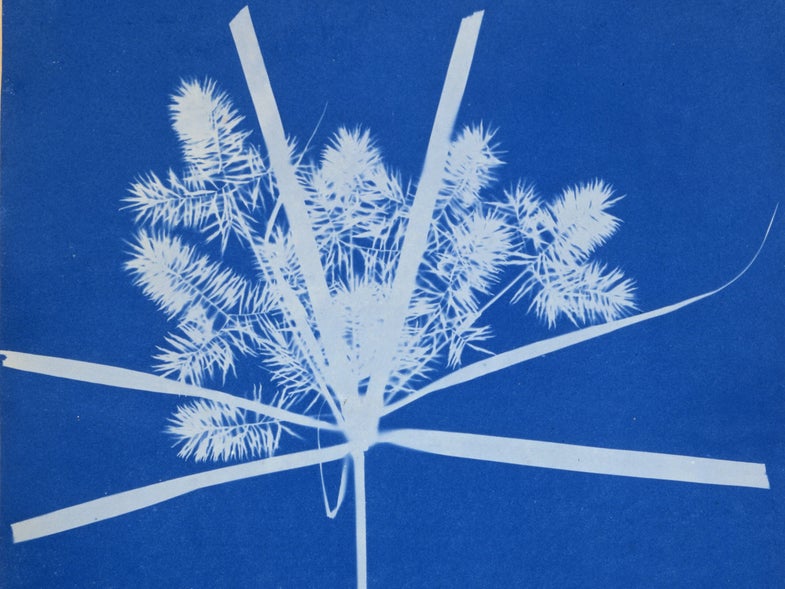 Born 216 years ago today, British botanist Anna Atkins is credited with authoring the world’s first photographic book. Photographs of British Algae: Cyanotype Impressions, published in 1843, is a three volume set of cyanotypes or “sun-prints,” which, like photograms, are made without a camera. So technically not a photobook as we know it, it is nonetheless the first bound book to be illustrated exclusively with photographic relief images—made by placing various seaweed on light-sensitive paper before exposing it to the sun. The process was discovered by a family friend, Sir John Herschel, a year prior. Atkins paved the way for use of photographic images in science publishing, ultimately becoming known as the world’s first female photographic artist, and now, subject of a Google Doodle.

We featured a video flipping through one of the few remaining copies of the book last month. Today, in honor of her birthday, here are 15 of her 19th century “Prussian Blue” cyanotype images currently in the Public Domain.