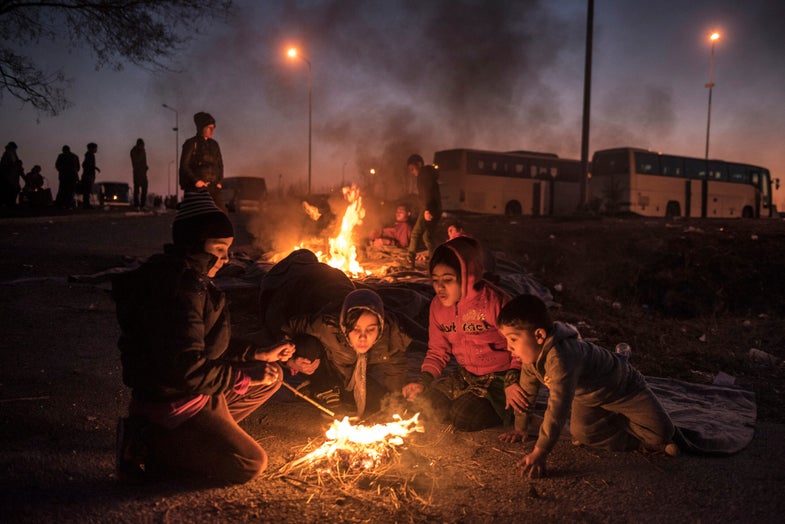 Migrant kids lit the bonfire to warm themselves at the gas station on the highway where they wait to get transited to the Idomeni registration camp on the Greek-Macedonian border, Thursday January, 28, 2016. Sergey Ponomarev
SHARE

Jonathan Torgovnik was awarded his second from Getty for a body of work he calls The Hijacked Life of African Migrants in Johannesburg which is focused on the influx of migrant workers from Northern Africa who have come to Johannesburg in search of a better life.

Mary Frances Calvert received a grant for her ongoing project focused on sexual assault in the military. Calvert will use the money to continue pursuing a body of work called Prisioners of War: Male-on-Male Rape in America’s Military.

Katie Orlinksy’s project Chasing Winter looks at the effects that climate change has had on the people living in Alaska.

Kristen Luce’s project Border Security looks at the drug trade between the United States and Mexico.