The phenomenon of the outdoor Safari Park is not an unfamiliar one; anyone who’s seen “Jurassic Park” will know the... 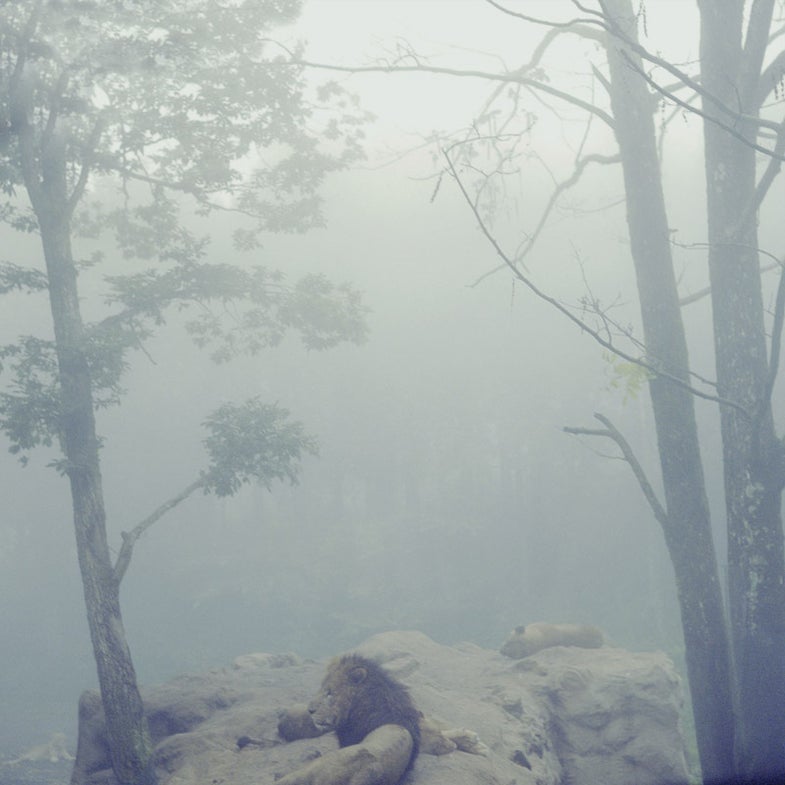 The phenomenon of the outdoor Safari Park is not an unfamiliar one; anyone who’s seen “Jurassic Park” will know the concept. The idea has also taken hold in Japan, where there are currently about five different parks in the country. The contrast between the Japanese landscape and the natural habitat of traditional safari animals can come as a bit of a surprise, as these promotional images for a Safari Park at the foot of Mount Fuji show:

New York-based Japanese photographer Yoko Naito took this very safari park as the basis for her work, “silence of breath.” In these photographs, Naito shows the animals bathed in the fog that is so common around Japan’s iconic mountain. Zebras, lions and the rest of the gang are all enveloped, and Naito makes the weather just as much the subject of her photographs as the animals. 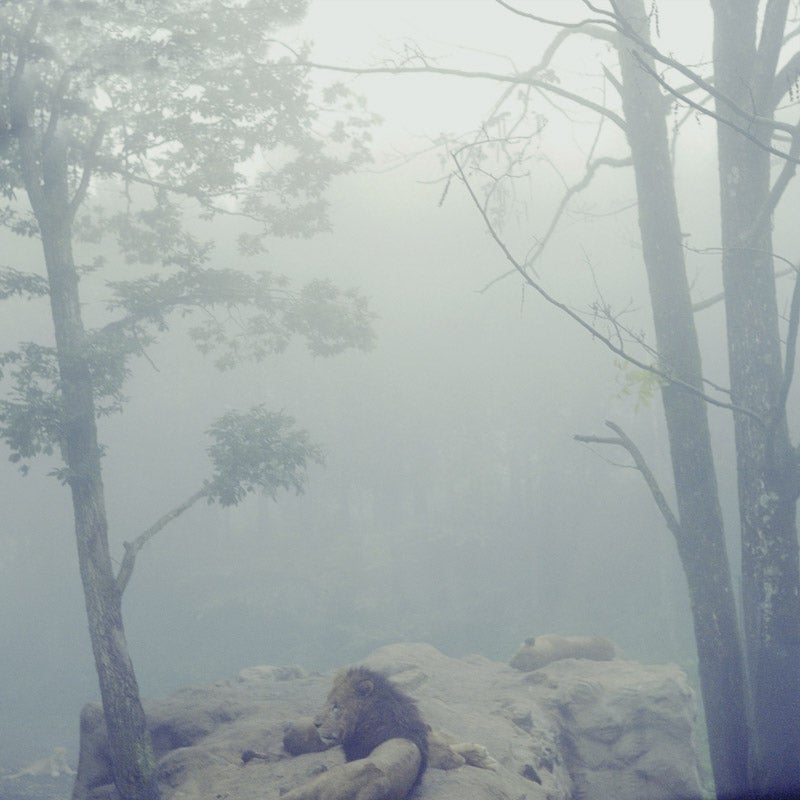 from “silence of breath”

Clearly, these photos create a mood quite different from that of normal photographs of animals, whether in zoos or in the wild. Looking at these photographs and thinking about the interaction between people and animals in zoos, I remembered that my friend Andrew has visited a different Japanese Safari Park a few times. His photos are a bit more direct—they’re taken, Lee Friedlander style, through the window of a rental car.

Looking at his photos again, I guess there’s a kind of haze, there, too, although maybe that’s just due to the film he used, or the way they were scanned.

I found Naito’s work at the Fauna & Flora blog, a new site that’s collecting information about photographic information related to, well, plants and animals. It’s well worth a look.