Down By the River

China’s rapid development is already well documented, but how are Chinese photographers responding to it? One line of photography that’s... 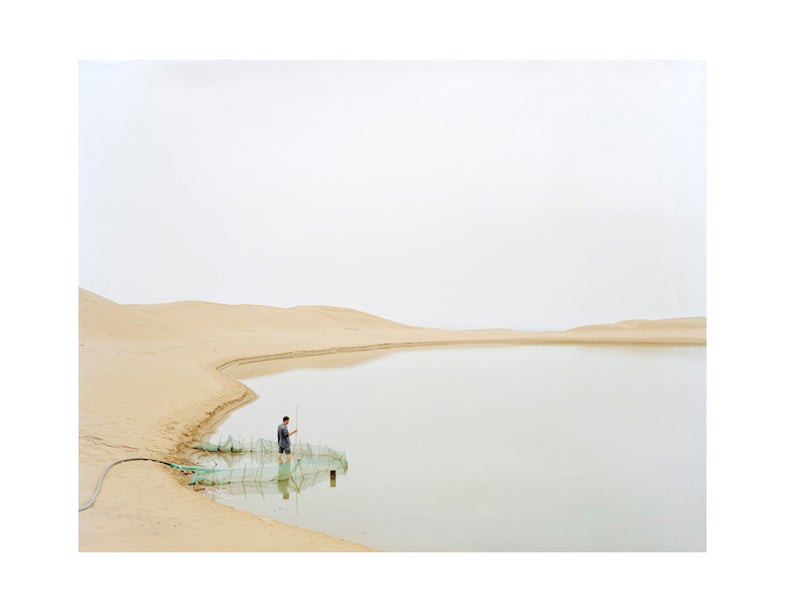 China’s rapid development is already well documented, but how are Chinese photographers responding to it? One line of photography that’s emerged so far is what I could call “the sparse color photograph with a man-made structure, a river, and one to three people dotting the frame.” This may sound far too specific to actually form a genre, but there is a surprising amount of work which fits this description. I’m interested in these photographs because they have a clear aesthetic sensibility, while still functioning as documentary work.

Zhang Kechun seems to have nailed this style perfectly with his work “The Yellow River Surging Northward Rumblingly.” It’s a series of careful, large-format photographs shot around the Yellow River, in which people mix with half-finished (or half-destroyed) structures. Zhang’s photos are extremely clean, and every element in the frame has space to breathe–so much so that the photogaph becomes almost abstract. Stephen Shore’s “Uncommon Places” would be a good point of reference for this work. 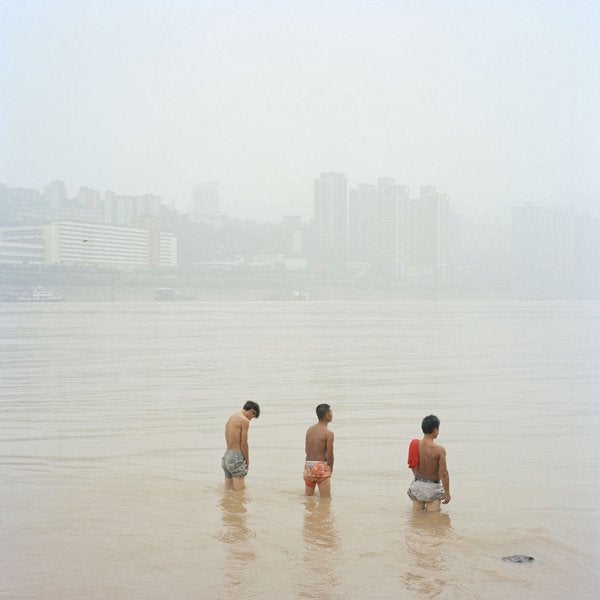 Zhang is far from the only photographer in China mining this territory, though. Liu Ke’s series “Still Lake” also looks at the Yellow River, although with a slightly more documentary focus than Zhang. Liu’s photographs tend to look more closely at people, but there’s still plenty of space for his subjects. You Li’s “Latitude of Silence” isn’t explicitly about life by the river, but it still shares some of the same qualities with the other two photographers. These photos examine her home area in the North of China, showing the same quiet, careful composition as the other two. Mu Ge’s “Going Home” series is already a kind of classic of the river genre, although he’s different from the others in that he shoots in black and white. 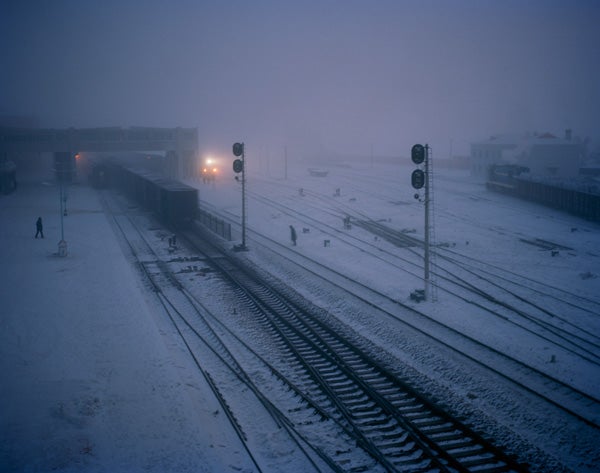 From “Latitude of Silence”

Out of all these photographers finding these landscapes, Zhang’s work is the most abstract, but even his photographs function as a historical record of what’s happening to the Yellow River. I’ve often imagined that this type of photograph is emerging in China because of recent developments, but I wasn’t sure. I asked Graham Webster, an independent writer and analyst on Chinese politics and society, for some more background. Webster said, “it’s simply amazing to walk around a newly built structure that’s already deteriorating, or an entire urban district that sits unoccupied. Still, I would avoid assuming that there is necessarily anything particularly Chinese about the work.” Perhaps in the same way that Amsterdam’s Civil Service Photographer J.M. Arsath Ro’is documented changes to his city, these photographers are also taking note of what’s happening in China, using their own austere style. 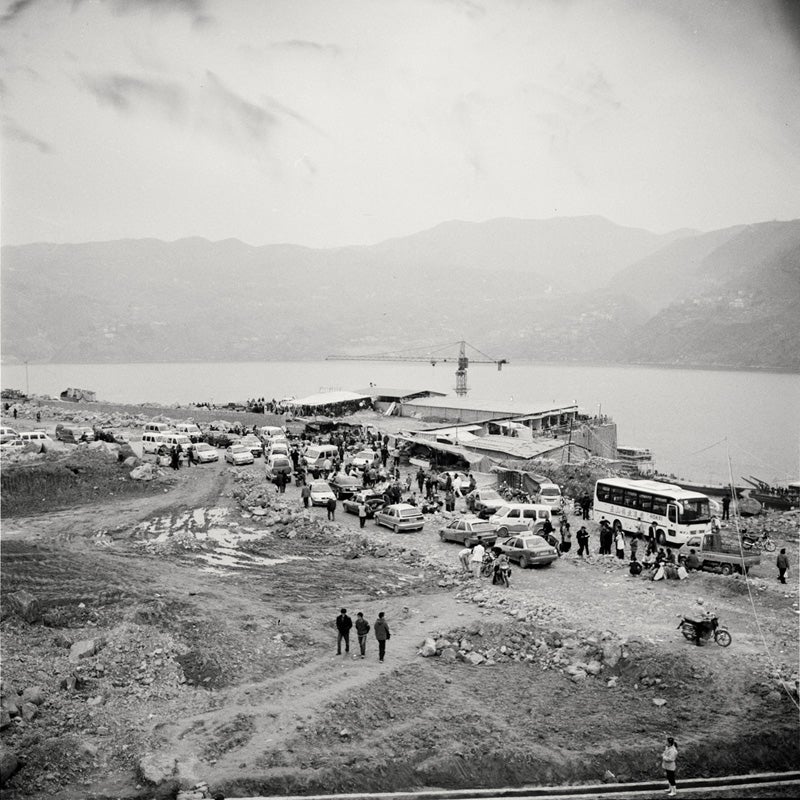