In Defense of the Paparazzi

I don’t get a lot of positive reactions to my job. The mere mention of the word paparazzi is enough... 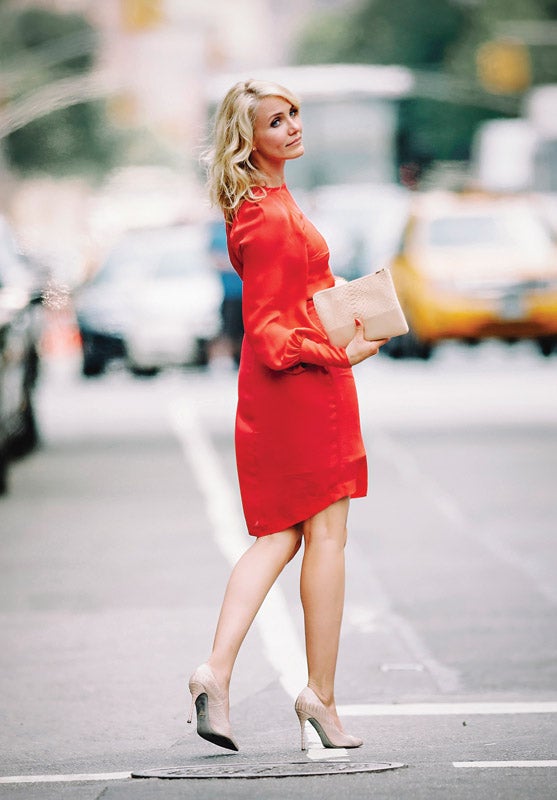 I don’t get a lot of positive reactions to my job. The mere mention of the word paparazzi is enough to elicit some emotion from celebrities, strangers, and even other photographers. There’s a myth that we’re all stalkers who disrespect our subjects.

But the reality is that we’re not fighting every day. If the job is rough-and-tumble it’s because of the long hours and detective work it takes to get any shot, let alone a good one, and the skill required to make a great picture under many constraints. That’s why, even though I try to work alone to get unique shots, we often work in small groups. There are maybe 100 of us in New York City, and there aren’t really any rules, so we often help each other out. It’s like playing a sport: We’re competitive with one another yet still friendly.

One day I was with two or three other shooters. It was fairly early on a Saturday morning when we saw Emma Stone and Andrew Garfield (a real-life couple who costarred in The Amazing Spider-Man) walk into an East Village café for brunch. They’re known to avoid photographers, so we kept our distance. The plan was to catch them when they came out.

New photographers arrived on the scene, and soon our relaxed little group was an obvious crowd. Clearly somebody had leaked Emma and Andrew’s location—maybe a patron or waiter tweeted it. Emma and Andrew were clued into our growing presence, and they came out prepared. When they emerged behind paper bags bearing a handwritten message [listing the websites of the two charities they support], I instantly thought, “These photos are worthless!” And I chuckled to myself because they had changed the dynamic, but in a creative way. In the end, I feel Emma and Andrew were satisfied because they were able to raise awareness of their causes while also making a point about the boundary they like to maintain with us.

Over time I’ve come to believe that documenting the Hollywood elite requires a balance of sensitivity and detachment. It is completely unnatural to follow celebrities around with a camera. I had to get over that because I’m a little shy, and I’m not the type to cause a scene. It took a long time to get used to aggressively going after a shot. It became easier once I realized that most of my subjects are used to it, too.

Many celebrities understand that fame invites public interest about their daily routines. They accept the attention, and although they may not always want a swarm of photographers everywhere they go, they have learned to go about their lives as if we don’t exist. Sarah Jessica Parker and Jessica Alba, for example, seem to have found a balance. SJP gets photographed a ton. She is really good about pretending it doesn’t happen—smiling and doing things with her children—even though there are 30 people following her like a blob everywhere she goes. It’s important not to get numb to things like that; I have to continually remind myself that celebrities are people.

There is that surreal, fishbowl aspect to the celebrity business, and because of that people think paparazzi get tipped off or that appearances are somehow planned. In my experience, that is very rare. Ideally I’ll find a celebrity out doing their own thing, which can take a few minutes or all day. When it finally becomes picture-taking time, I stay as unobtrusive as possible to try to keep the scene natural. I like to use a longer lens (not all of us run up to a celebrity with a short lens and a flash). I currently use a Nikon D3 and for the last two years I’ve been carrying around a 300mm f/2.8 lens. It’s big, but I rarely pull out my camera except when I’m shooting.

I’m pretty mellow, but sometimes celebrities and their handlers go to extraordinary lengths to escape the hassle of getting their photo taken. You know it’s going to be a tough week when Jennifer Aniston is in town. She’s not the only one—Lady Gaga, Jennifer Lopez, and others are notorious for avoiding us. But celebrities at that level are going to get followed no matter what they do, and a dangerous decision—say, running red lights—on their driver’s part usually escalates the situation. I think it makes the security feel like they’re keeping their job by doing these things. We behave as responsibly as they do, but it’s always in our best interest to keep these stars healthy and keep them from doing dangerous things. We don’t wish them harm.

When I’m following someone and I feel comfortable talking with them, I’ll tell them, “Let me know if you ever have a time when it’s just a bad day and you don’t want to play along.” Occasionally they do. Then, unless there’s news going on involving that person that gives me a good reason to ignore the request, I comply. If someone is in the middle of a scandal and they say, “Not today,” of course I’m going to say, “No, that doesn’t work today because you need to be on the front of every newspaper by this afternoon.” The word paparazzi has a bad reputation. Even other photographers look at me funny when I say I shoot celebrities. I would love to live in a world where we were embraced a little more. And it is happening some; thanks to outlets like TMZ, people on the street are sometimes more interested in me than the subjects I’m photographing. The thing is, sometimes photographers resort to bad behavior to get the shot that will sell. It’s a constant struggle to give the magazines as much as they demand without compromising my industry. There’s a lot of gray area and there’s not really a right or wrong—just a middle.

New York City–based Jason Webber’s celebrity photographs have appeared in People, Us Weekly, other lifestyle magazines and all over the internet. His fashion and lifestyle work focuses on the ways everyday lives—of the celebrated and the mundane— are documented.