Real Detroit Through the Lens of Dave Jordano 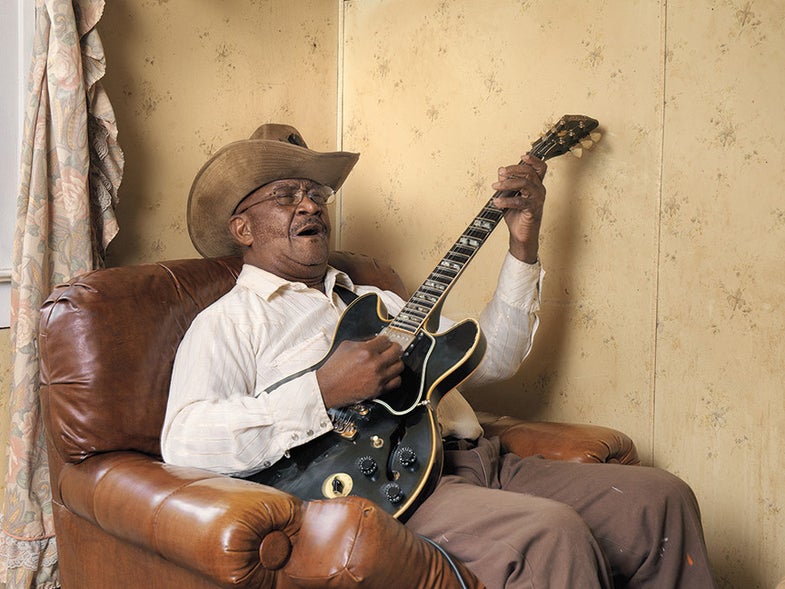 Glemie, a retired truck driver and fifty-year resident of Detroit, is an accomplished blues singer, but he's also known for his small game hunting skills. Every fall he hunts an average of 150 raccoons, which he skins, dresses, and sells as food to clients. This extra income supplements his meager retirement benefits. Born in southern Arkansas and the son of a sharecropper, Glemie was often required to pick 100 pounds of cotton a day as a child and raccoon was often the staple family meal of the day. Dave Jordano
SHARE

Photographer Dave Jordano, a Detroit native with life-long family ties there, thinks the recent media depiction of his hometown has been a tale of two cities.

“Everybody has come out with these books on Detroit, usually all about the abandonment and empty factories and crumbling paint on walls,” says Jordano, who now lives in Chicago. “It started setting a ball in motion for me because that’s all they were concentrating on. It seemed like such a one-sided story.”

He adds that the revitalization efforts—and the PR campaigns that go with them—have centered on a small slice of the cityscape. “Detroit is being redeveloped and money is pouring in. But Detroit is 138 square miles—it’s a huge piece of land,” Jordano says. “The only part that’s really getting developed is this corridor in the downtown area, like seven square miles. That leaves 130 square miles left over that is getting little service or redevelopment. The vast majority of the city is still struggling, and people who have been living in town for decades are not getting the support and services they deserve.”

For Jordano, the real story is within that majority, which he focuses on in his new book Detroit: Unbroken Down. Shot over the past five years, the series depicts the city’s long-time residents of the real Detroit—in all their resilience, determination, and joie de vivre—often with an unflinching eye on the backdrop of their rough environs.

He finds his photo subjects, often serendipitously, while driving around town. “Canvassing the neighborhoods, I’ll see something interesting and get out of the car,” he says. “It’s engagement—not being afraid to start a conversation with a total stranger.”