What do you think of David Carson’s critique of these front pages of Chicago publications? 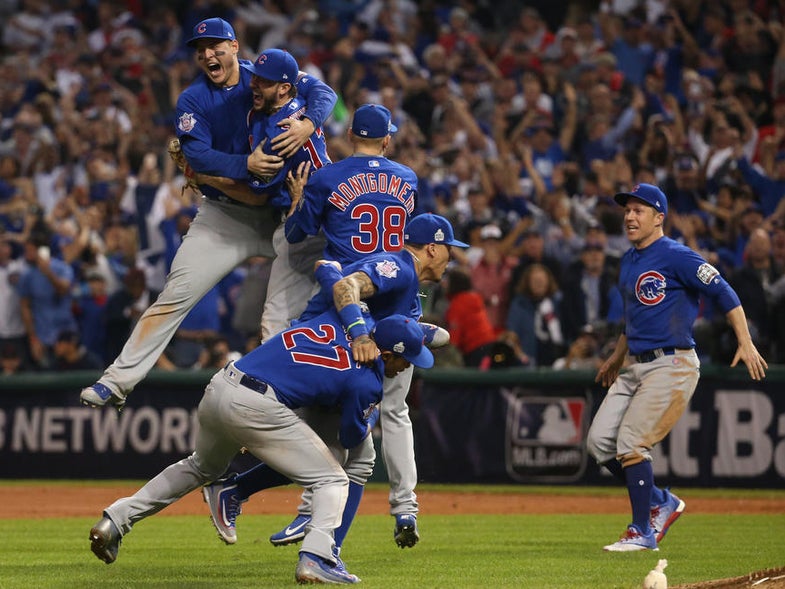 If you’re a Cubs fan, last night was a nail-biter of a game, to say the least. If you are a photography fan though you may be interested to see the different ways that two Chicago publications covered this historic win.

Early this morning photojournalist David Carson took to Twitter to critique the different photographic approaches that the Chicago Tribune and the Sun-Times used for their front covers.

Front pages of @chicagotribune whom employ a staff of pro photographers & @Suntimes who laid off all their photogs. Iconic v Forgetable pic.twitter.com/vUZ0V1AGT8

The Chicago Tribune used an image shot by one of their staff photographers Brian Cassella. His image captures an exhilarated team, jumping and embracing one another in mid-air. The Sun-Times, who laid off all of its staff photographers in 2013, ran a wire-photo from the Associated Press captured by David J. Phillip. It’s a wider view of the same moment, but one that seems to capture more backs of heads of the players on the team. Carson made it clear on Twitter what cover he preferred.

What do you think of these covers?