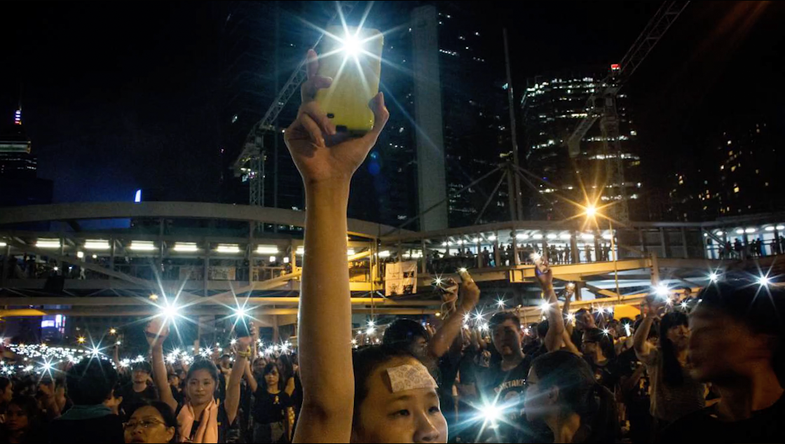 Over coffee a few years ago, two visual arts graduates grasping for fulfilling careers in the midst of an economic recession found themselves deep in conversation over a new app on the market that just found its billion dollar investor: Instagram. As a means of making and sharing instantly polished, edited photographs, Instagram appeared to be an immediate threat to classically trained photography majors.

“I thought wow; this is exactly what I used to do in the darkroom, and now I just click the Inkwell filter and it gives me a shot that used to take a week to make,” says Avery McCarthy, one of the creators behind a new documentary, “Brave New Camera.” Further research yielded staggering statistics: for the first time in history, upwards of 1.8 billion consumer cameras were being sold in a year, and nearly 1 trillion individual photos taken. Four billion cameras are in active use around the world. Photography had exploded into a global language.

Initial dismay eventually turned into curiosity about this radical shift in photography and a documentary was born. Created with the help of Kara Hayden, McCarthy tells American Photo that the film, “began from this place of exploring how we as photographers can understand this to help ourselves. Then that fell away, and it became more about the phenomenon.”

Traditionally, photography has fallen for the most part into one of two camps, either fine art or photojournalism, but the ever-growing world of technology has revolutionized that concept. “What photography is now has almost nothing to do with what the photography industry discusses on a day-to-day basis,” says McCarthy. “It’s social.”

“If there’s one thing I really want to accomplish with this project, it’s to move the conversation,” he adds, “or at least introduce the idea that this is something else that functions under its own laws, and we don’t have to bash it.”

In addition to theorists and luminaries that form the traditional domains of photography, such as Mia Fineman, the Associate Photography Curator at the Met, Stephen Frailey, the Chair of the BFA Photography program at SVA, and Marvin Heiferman, curator and writer, McCarthy set out to interview those on the forefront of the tech world. “Companies like Snapchat, Instagram, and Facebook have become way more influential on this subject than companies like Nikon and Canon,” he says.

“Brave New Camera” includes interviews with professionals like Nathan Jurgenson, a social media theorist and researcher for Snapchat, John Nack, the photos product manager at Google, and Maykel Loomans, one of the original team members of Instagram, among many others.

While the array of interviewees is prestigious, “this is a global conversation, and only including people from New York and San Francisco seems disingenuous,” McCarthy says. To solve this, “Brave New Camera” has turned to Indiegogo to raise travel funds and finish the project abroad.

McCarthy’s ultimate goal is to push people to consider this new surge of photography as it’s own language, a viable form of social communication, rather than attempting to fit it into a preconceived societal box.

He summed up this approach when asked his personal stance on the rapid growth of social sharing: “It’s like saying: Is English good or bad? Is English a good language? I don’t think it’s good or bad, I think that’s too simplistic.”