Behind the Notes: Valerio Loi’s Vials of Emotion 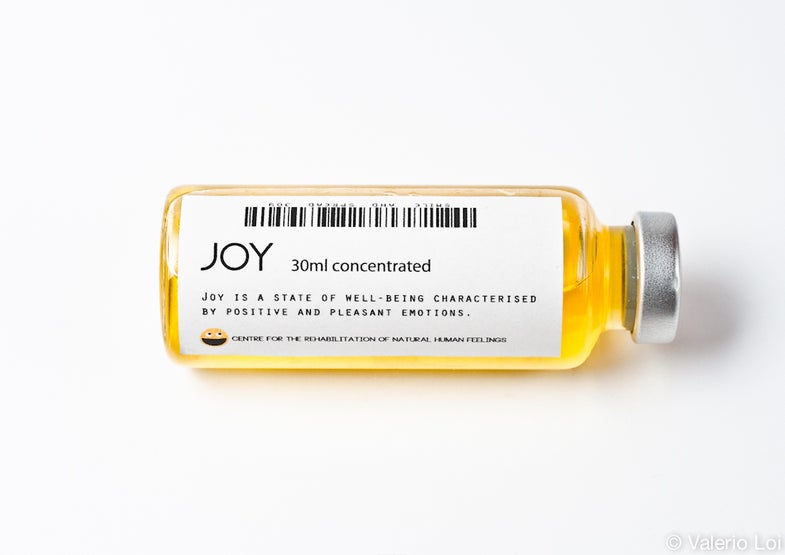 Name: Valerio Loi
Description of image: **Small vials labeled with emotions (“hope,” “joy” etc) shot in a studio.
**Notes: 46,055
Originally posted to: **Valerio Loi’s personal site, which is also a Tumblr
**Impression cloud of rebloggers: When a post hits this many notes, you’re bound to find it bouncing around certain Tumblr “types,” or countries: at the time I was digging into the recent notes, it was going around a bunch of gay Tumblrs, as well as people in Turkey. Otherwise, nothing really jumped out to me.

Valerio Loi is the first person we’ve found to have any actual, material gain from his Tumblr success: he sold a few prints of his work, as well as the rights to his images to a magazine. Still, as it seems we should now commonly expect, he’s not exactly glowing about his moment in the spotlight: much like other photographers, he wryly notes that “my initial idea, which was based on feelings I had the urge to express, has rapidly turned into a sort of trading item out there in the messy web.” Ah, yet again, how true Sunanda’s words ring: “People don’t really care THAT much about who took the photo; they just want to see a nice photo.” Still, Valerio has definitely had the most impressive response out of anyone so far. How many other Tumblr-famous photographers had someone badgering them to turn their work into a series of energy drinks? Not many, I’d have to guess.

The photos you see as the final result are only part of the longer creative process behind the project. Back in May, I was having a hard time handling London’s busy lifestyle, and I often found myself strongly detached from the feelings that I used to have, during my simple life back in my beloved Sardinia (Italy). I also noticed that feelings here in the busy city tend to be “stereotyped,” and virtual online communities, as well as mobile phones and other new technologies are an easy way out of social relationships based on a simple “eye to eye” interaction. Therefore, these vials represent the lacking feelings that we should be able to unlock in order to have satisfactory social interactions. My mum is a nurse, so my home was always filled up with medicine books and some sort of medical equipment; having had this type of background, I think the idea came naturally. I gathered sterile vials, food colorants, a syringe (which my mum keenly provided!), a high dose of patience in creating the labels with photoshop; set up a simple still life studio in my living room, after some test shots (which took a lot of time) and after some final retouching the series was done. 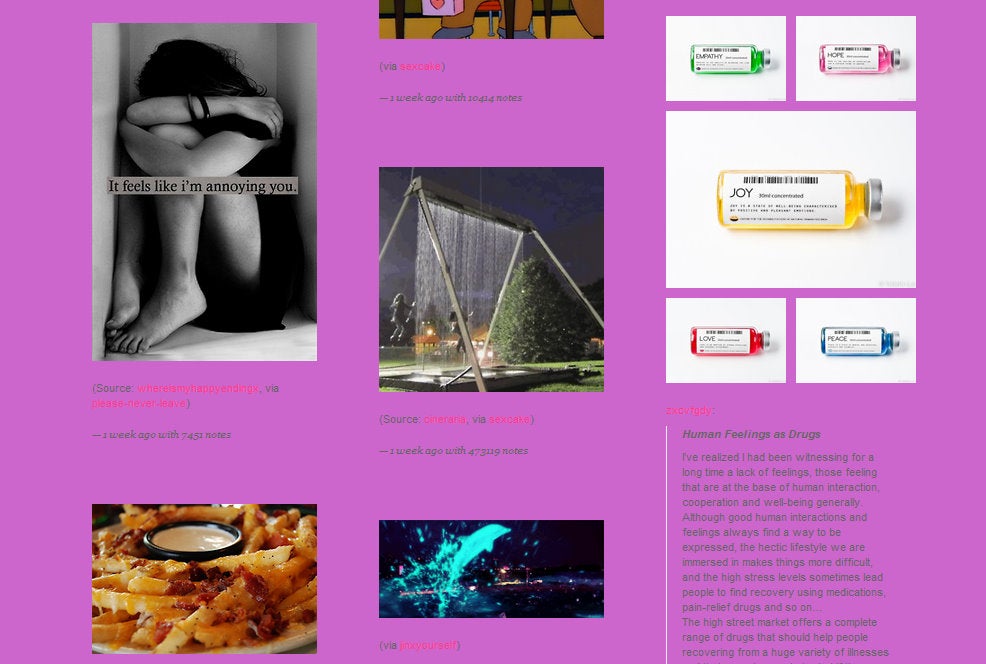 As seen on Life’s Just a Journey

I think people responded warmly to the photos because the concept is quite straightforward. The most important words in the project (i.e. the names of the feelings) are widely known and used worldwide. I guess a great deal of people wished there really were medicines like these on the shelves of pharmacies, with their minimalistic style and catchy colours. My choice of keeping the style of the medicines and the lighting as simple as possible, focusing more on the concept itself has turned out to be very communicative.

Several bloggers, Facebook groups, individual artists and art lovers have contacted me so far, which has been extremely helpful for me to expand my web of contacts. I have received many emails with compliments about the project and regarding my sensibility as an “artist.” The extreme fuss about this little project has allowed me to sell some prints to individuals, as well as the image rights to a magazine. Several people asked me to work on particular projects in an attempt to raise awareness about specific topics like cancer, HIV or war. I have had no time to work on any of these so far, although I would like to create and share some content that would make people happier and more aware of what is going on. Ambitious and dreamy messages dropped in my inbox; I particularly recall an art lover who wanted to make really huge bottles out of my initial vials, and place them in Lisbon’s city centre; that was a great idea, with a bit of recklessness indeed. Another person suggested to me that I should copyright the idea and the related fonts, then get a loan and contact a company which would help me to create a series of energy drinks out of this idea… I very much appreciated these ideas and how these people tried to get involved in the project and make it even better; but I must admit some of them have not considered the money required to produce the project at that larger scale. 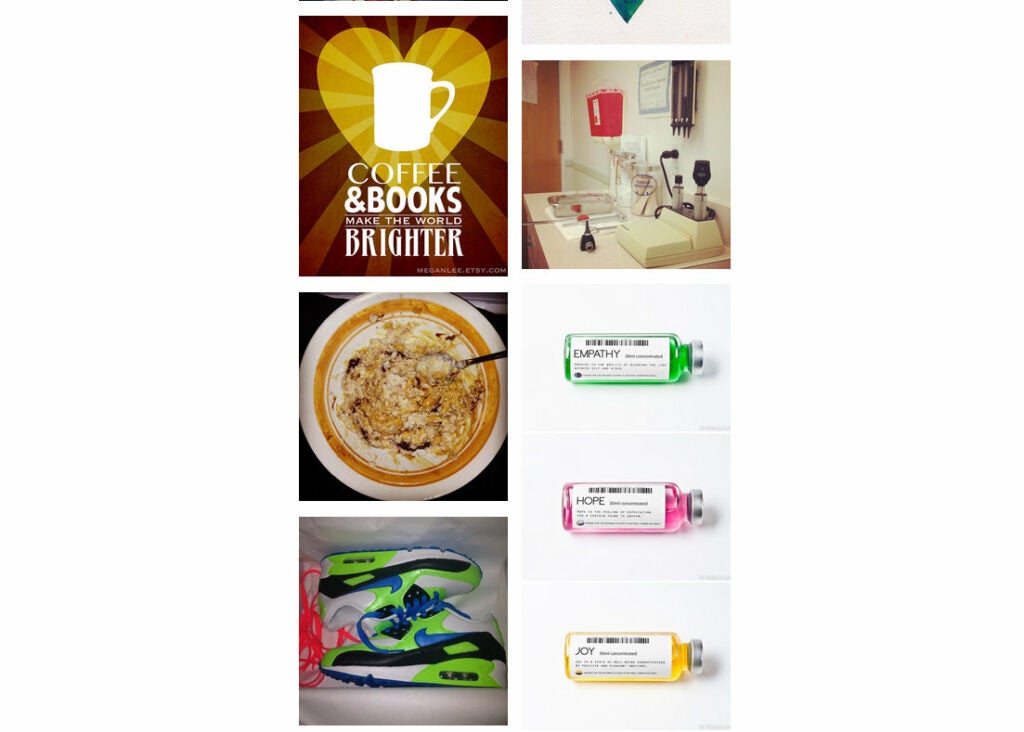 As seen on Katie

I am absolutely proud of having my photographs seen by thousands of people! For the very first time in my life, I have created something that I am extremely proud of, and it’s been quite successful, even given people a reason to smile, or simply some food for thought. On the other hand, few people have been truly interested in my reasons for such a project, or what other projects I might be working on… I had a clear impression that my initial idea, which was based on feelings I had the urge to express, has rapidly turned into a sort of trading item out there in the messy web…