Behind the Notes: Sunanda Carmela’s Kids at the Beach 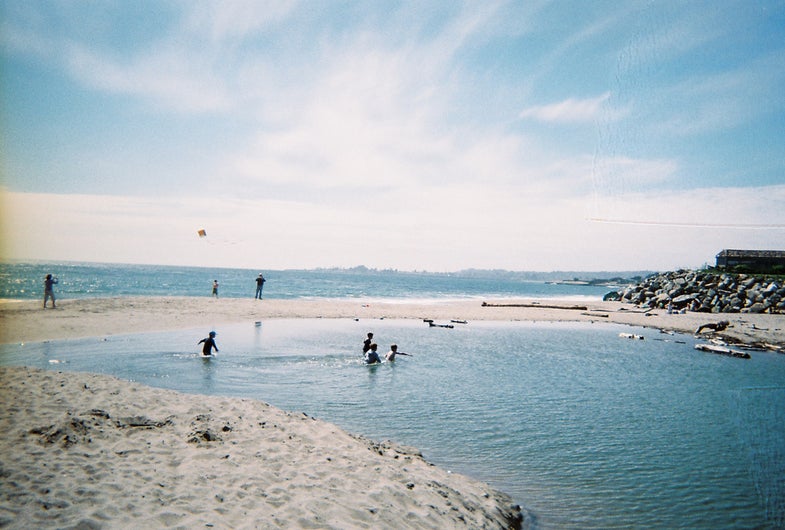 Name: Sunanda Carmela
Description of image: ** Kids play on the beach.
**Notes: 11,540 at time of posting
Originally posted to: cavum
Impression cloud of rebloggers: Who knew there were this many Tumblrs devoted to ocean images? Most of them are going to hit you with a wall of blue, although there’s one that does green, and one that does green and blue together. Wrist tattoos were a recurring motif.

This might be the second time that we’ve featured a photographer from the San Francisco Bay Area on Behind the Notes, but it’s definitely the first time that our selected photographer has been 14 years old. Listen up, though: Sunanda Carmela has given us some of the straightest answers about Tumblr that we’ve seen yet. She took our standard questions for this column and absolutely nailed each answer, showing a wisdom beyond her years. Sunanda has not only given a perfectly coherent explanation for how Tumblr works, but is also keeping a level head about her own success. She wrote: “I’d say on a scale of one to ten of how excited I am, I’m like a five. It’s pretty cool that it’s so popular, but people don’t pay too much attention to who took the photo so it doesn’t really do anything for my career as an aspiring photographer. I’d be much more excited if I had posted to photo onto my blog because I’d be getting a lot more followers.”

It’s definitely worth reading all of Sunanda’s answers, as she’s provided some real insight into the world of Tumblr. We hope she’ll continue working on her photography, and perhaps we’ll be hearing from her again—sooner rather than later.

I was on a vacation with my family in Santa Cruz, California and my mom and I were out on a bike ride right next to the shore. When I saw these kids playing in this little pond-like thing, I stopped my bike, took out my disposable camera and took the shot.

Nope, just a fun photo-shoot on a nice day at the beach. 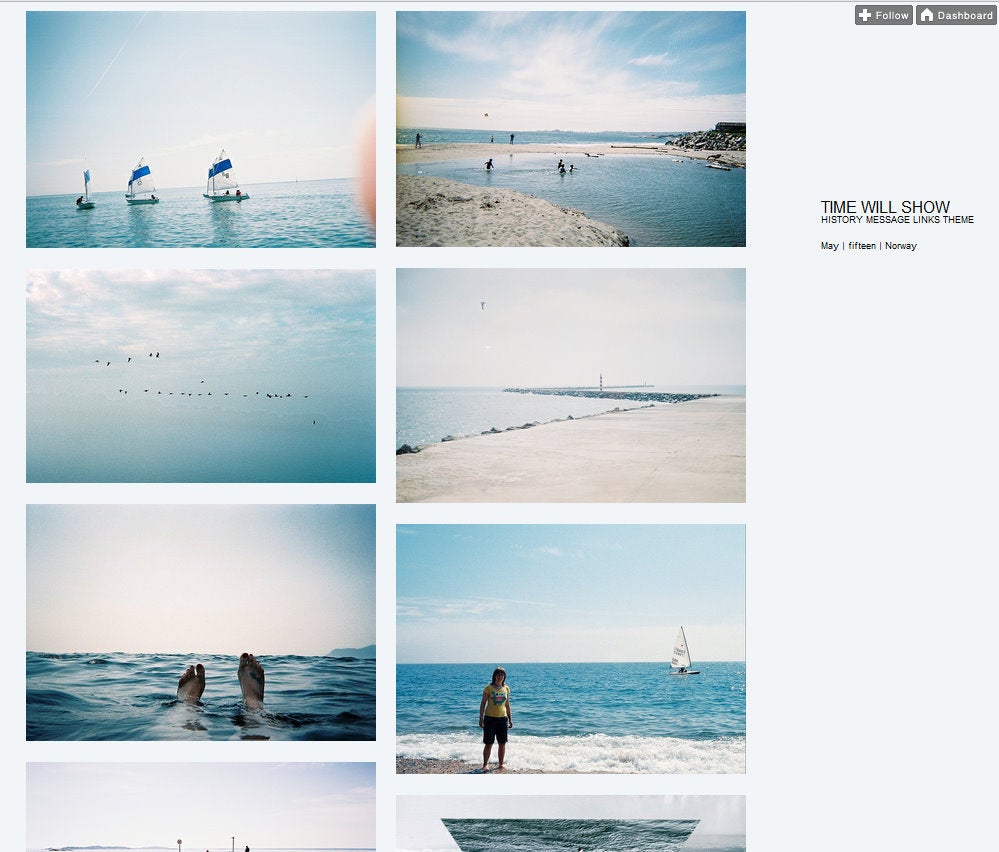 As seen on time will show

Well first and foremost, the photo got featured on the landscape tag on Tumblr. I would say that definitely had a lot to do with how many notes it got.

Besides that, I think this photo catered to the vintage-hipster blogs of Tumblr. Most, if not all photos in this blog style are taken with a film camera, or better yet a disposable one (which I used to take this photo). For most of these blogs it’s not necessarily about the picture itself but about how all the pictures will look next to each other on the actual blog page. Because “Kids Playing” is fairly neutral in color, reblogging it would be a nice way to balance out the look of your blog.

It’s also a nice photo; I like the colors. The blues have a soothing effect, sort of like peppermint gum and it’s a calming sight. You can feel the raw happiness of the children and peacefulness of the scene from far away. It makes me want to sit on a park bench in front of it and grab a good book to read.

Only being asked to do this interview!

After being on Tumblr for a little over a year and half now, I’ve found that people don’t really care THAT much about who took the photo; they just want to see a nice photo. That’s why I’m not really surprised that no one contacted me on a personal level. 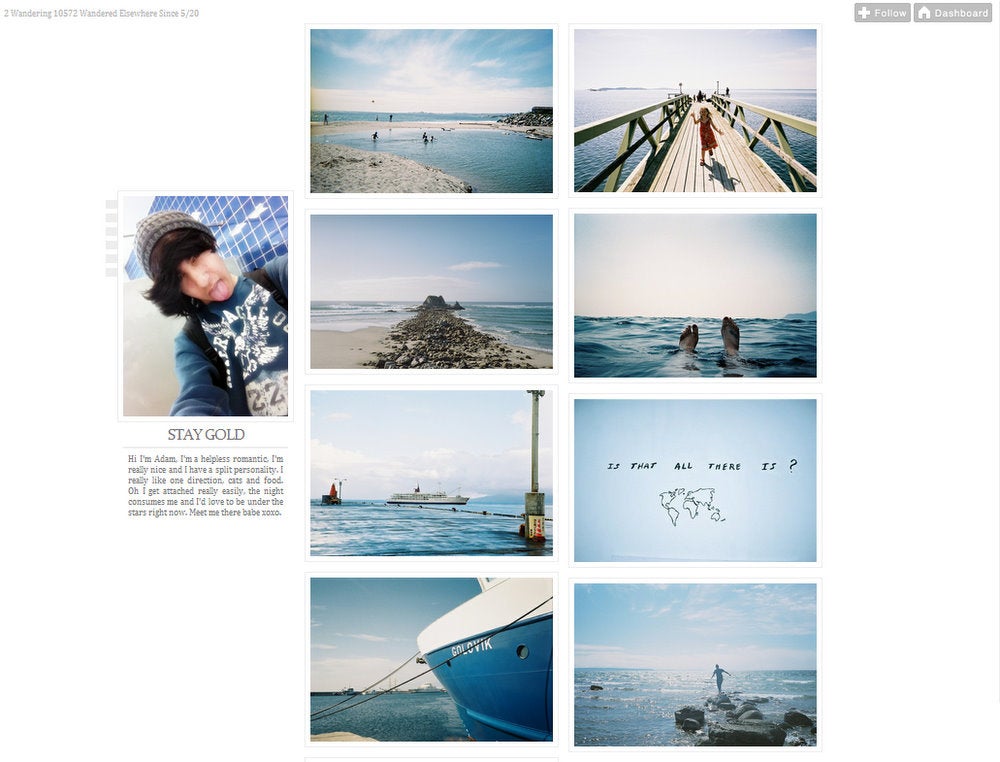 As seen on i dont care anymore

It’s nice that people get to see my photos from all over. I’m not bothered by it at all. I wish people paid more attention to the photographer behind the shot so I could get a little recognition but such is life.