Name: Nicolas Poillot Description of image: A solitary figure wearing a backpack walks through a desolate landscape Notes: 2,661 at... 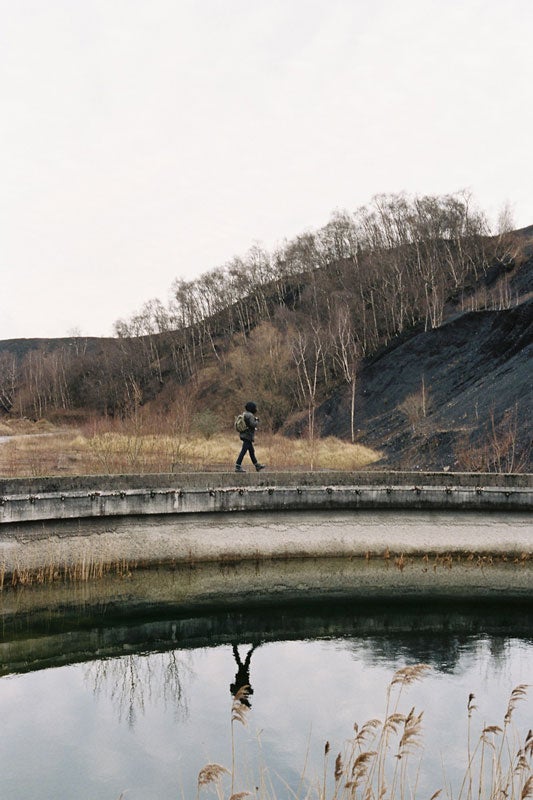 Description of image: A solitary figure wearing a backpack walks through a desolate landscape

**Impression cloud of rebloggers: ** Melancholic, woodsy, adventurous, 9/11 photos (came up twice, why?), other photos of backpacked individuals in desolate landscapes.

This photograph has racked up quite a number of notes, despite the fact that the photographer, Nicolas Poillot, originally meant to upload a different one. The Tumblr blogs that reblogged it seemed to match the tone of the photograph itself: there were plenty of other photos of individuals in rugged landscapes, wistful photographs of forests, and sometimes a strongly melancholic, if not outright depressed tone. Perhaps the title of the photo (“Mr. Lonely”), a reference to the Harmony Korine film of the same name, had something to do with that.

Nicolas is the first photographer we’ve featured in Behind the Notes to openly question the value not just of Tumblr, but of looking at photos on the web in general. His response falls in line with some of my own suspicions about Tumblr, which is that, for all of the activity taking place on the site, there doesn’t seem to be a lot happening there. Flickr has always promoted a great deal of interaction between members, leading to onNline collaborations, if not real-life meetings. Tumblr seems to lack this element, but I can’t say for sure; this is one of the reasons that I’m so interested in exploring the phenomenon of photos going viral. We spoke with Poillot for the full story behind “Mr. Lonely.”

How did this photo come about? 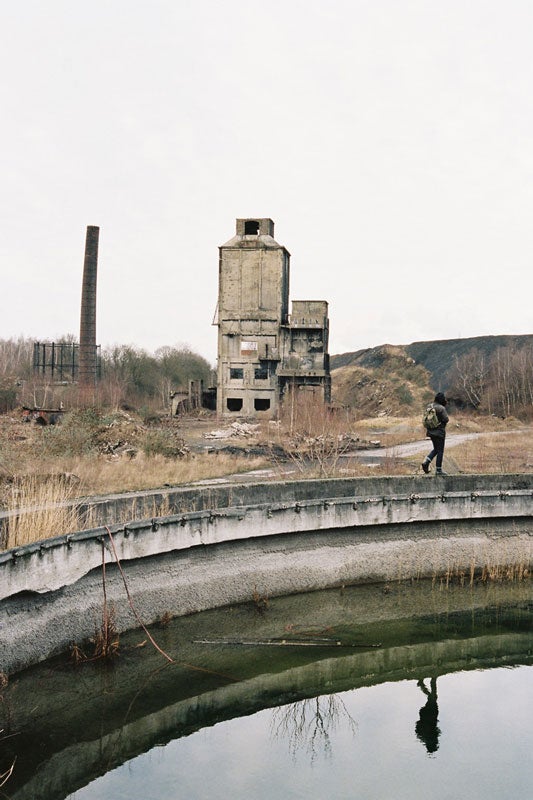 I shot this picture this winter when I was on a trip with a friend. We were in Belgium, in the Wallonie area to be more precise. We just found an abandoned area which is supposed to be an old coal mine, so we decided to have a look and walk through this place. I made very spontaneous shots of my friend walking along a huge abandoned basin, and we made some other pictures of this amazing place. When I got my pictures back, there were a few interesting ones from this trip, and two or three of my friend walking along this basin stood out to me in particular.

I’m the co-founder of a French independent publishing house about contemporary photography called JSBJ, Je Suis une Bande de Jeunes. We have a Tumblr and I just decided to put this picture up one evening as we do every day—sometimes it’s our personnal work, but most of the time it’s the work of other photographers. The funny thing is that I made a mistake when I uploaded this picture, I meant to upload a different one. Of course I like this picture too, so when I realized it a few moments later I decided to leave it up.

Not really, it was just one picture from a trip among others. But currently I’m working on a project of my first book about my work, and this picture (or the other one I had initially selected) could be part of the final editing.

To be honest, I really don’t know. I think that people just like this picture and they have been touched by it. I also gave it a title, Mister Lonely, a reference to the Harmony Korine movie of the same name. Maybe that could have some unconscious effect on people? I don’t know. 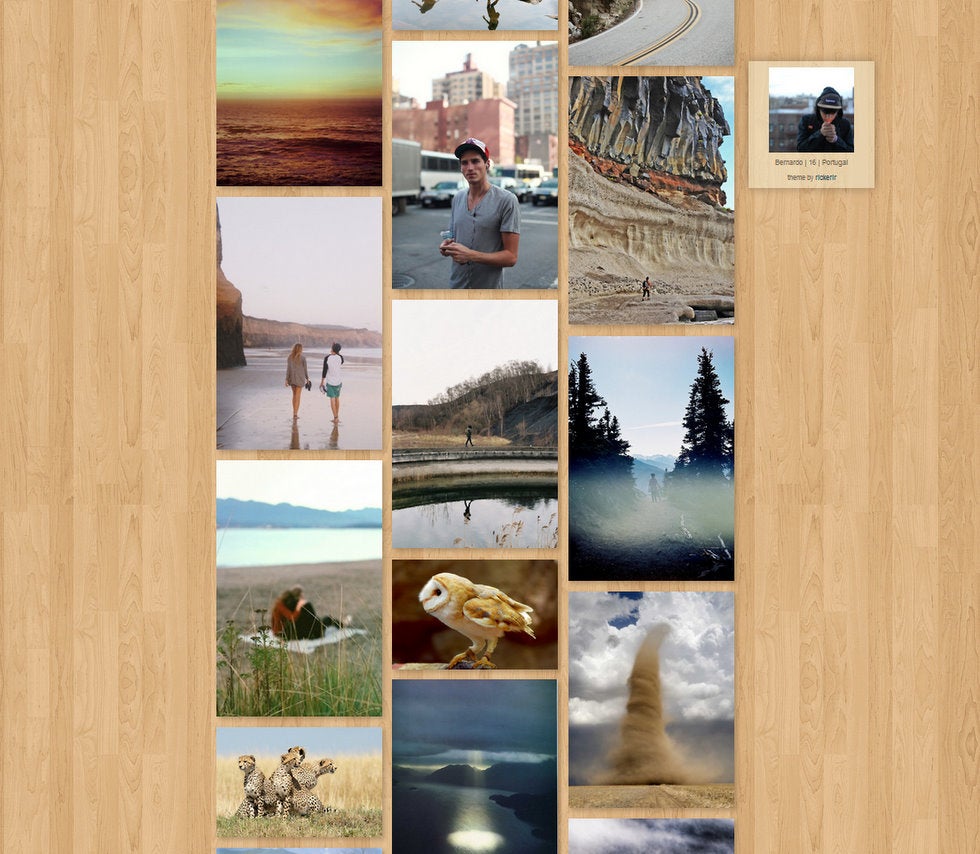 As seen on Diversity

No, I did not have personal response to this picture besides you asking me some questions about it for American Photo. I am just going to continue to photograph and upload what I think is visually interesting and touches me, whether the images get a response or not.

Obviously, it’s funny and maybe a little bit weird at the same time.

We [at JSBJ] are really into artist books, magazines, fanzines and the relation to paper in general. I’m also a photo editor for the French edition of Vice magazine. So in other words, I’m really passionate about print. I consider a picture on the internet and a printed picture differently. I think and feel that looking at a picture on your computer screen doesn’t have the same strength and finality.

Everybody knows that the internet and blogs are a strong medium, and they’re an incredible way to show and spread information, pictures and so on… But as far as I’m concerned, sometimes we reach a point of saturation by seeing the same picture all over the internet. At the same time, this picture is sometimes presented in a way that strips it of its original significance, or context. Still, it’s pleasing and touching to see that one of your pictures has been looked by thousands of people, and that they apparently like it. 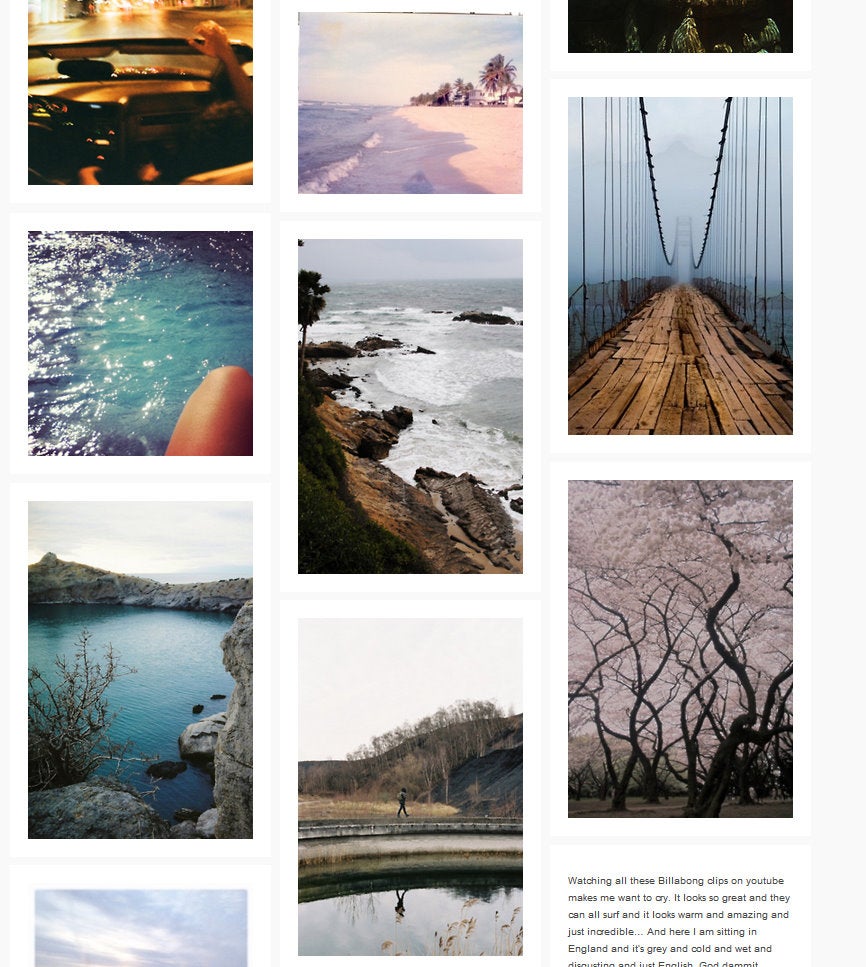