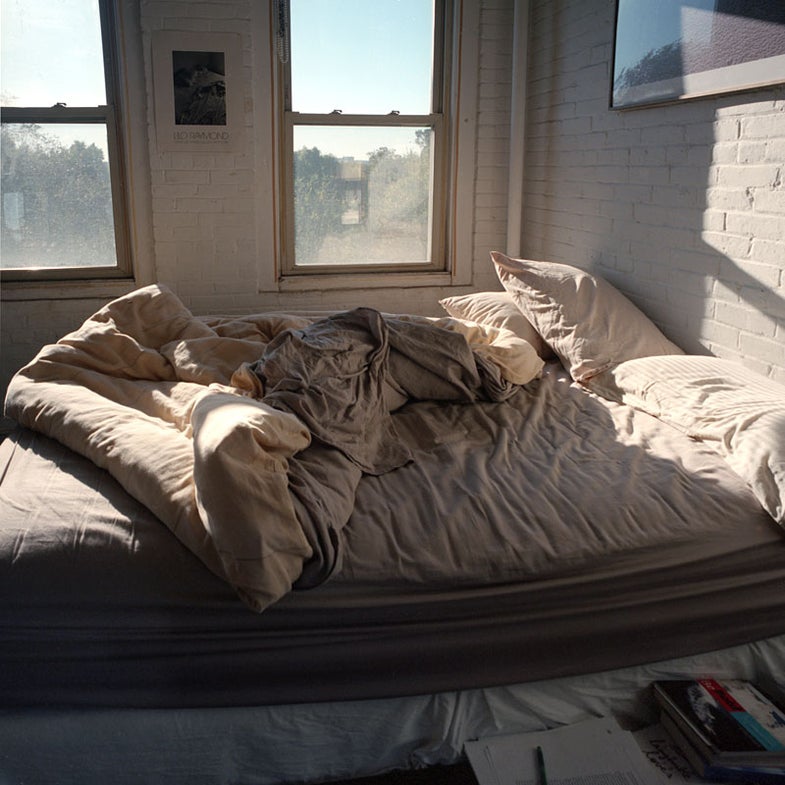 Name: Joe Gerhard
Description of imags: **A sun-bathed, unmade bed in various states of repose
**Notes: 10,602 (for “morning“) and 17,905 (for “shadows & light“)
**Originally posted to: **loveontheground, obliteratedheart
**Impression cloud of rebloggers: **Girls, girls, girls. Tumblr users love to post photos of girls, but it seemed like this was a tick above the norm. Otherwise, it seemed like the rebloggers were falling pretty squarely into the basic “lifestyle content aggregators” that should be familiar to any casual user of the site. There was, naturally, another unmade bed, as well as one person really, really into Sufjan Stevens.

I was drawn to Joe Gerhard’s image of an unmade bed (“morning”) when I saw it, although it took me a while to realize why it had acquired over 10,000 notes on Tumblr. When I emailed him about it, he said that he actually had another image (“shadows & light”) from the same shoot, which had also generated quite a lot of interest on Tumblr. It’s all part of Gerhard’s larger project, titled “Unmade Beds.” It seems clear enough now why the image appeals to a Tumblr audience: as Gerhard himself says, there’s something “evocative” about the image of an unmade bed. Apart from the appeal of the bed itself, the apartment also calls to Tumblr users; one person wrote “this is EXACTLY what i want” when reblogging the image. As seems usual, Gerhard hasn’t received any contact as a result of the Tumblr exposure, but he seems upbeat about the whole experience. Read on for his thoughts about the popularity of these images:

These photos were from the same photoshoot done in October of 2010 of a 5th story loft in New Haven, CT. I had gone to this woman’s place specifically to photograph her unmade bed.

Are they part of a larger project?

Yes. Among the many ongoing series I’ve been working on is one called Unmade Beds. It’s been covered in several venues—originally in the journal Brink, and most recently in the blogs Flavorwire and Andrew Sullivan’s The Daily Beast. 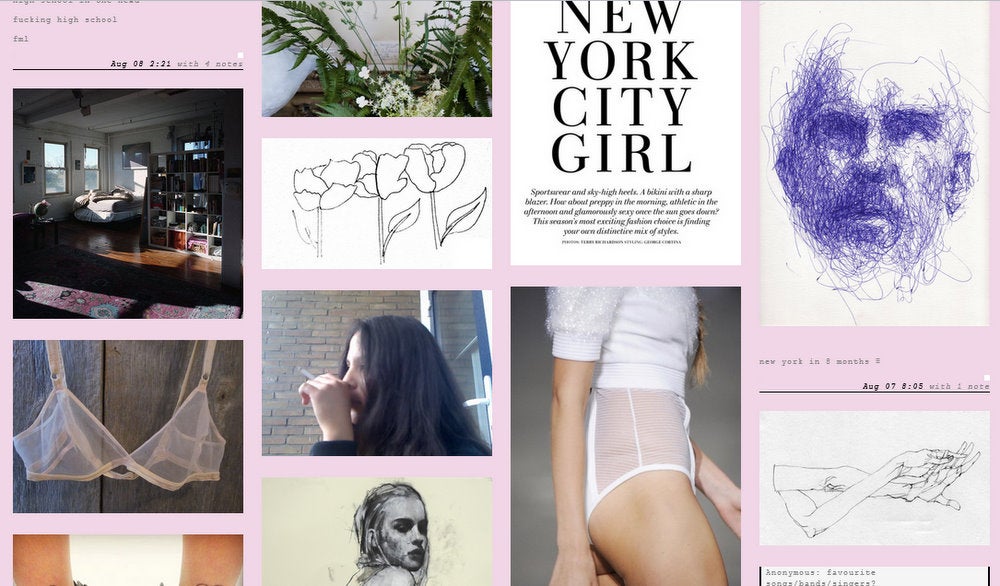 Why do you think people responded to them?

In the case of “shadows & light,” I suspect that the most attractive thing is simply that it looks like a very cool apartment (and, in fact, it is). Let’s face it, we’ve all got a seemingly unquenchable desire for information about how other people live. I’ve always believed that, aside from other artistic ambitions, that desire is the driving force behind the appetite for most fiction and movies. Given the reality that lots of young people are paying through the nose to live in spaces the size of a large closet, a loft like this looks like a very cool place to fantasize about living.

The photo “morning” probably holds the same fascination that the series itself has had. As I’ve written, “There is an intimacy to an unmade bed that makes a photograph of a stranger’s bed both immediately familiar and vaguely transgressive. It has always seemed to me that there is something evocative about an unmade bed; something of a portrait by proxy of the person who had just slept there.” There is an inviting intimacy to the bed in that photo (bringing to mind all of the various things that happen in bed)—and again, the great space in which it’s situated. 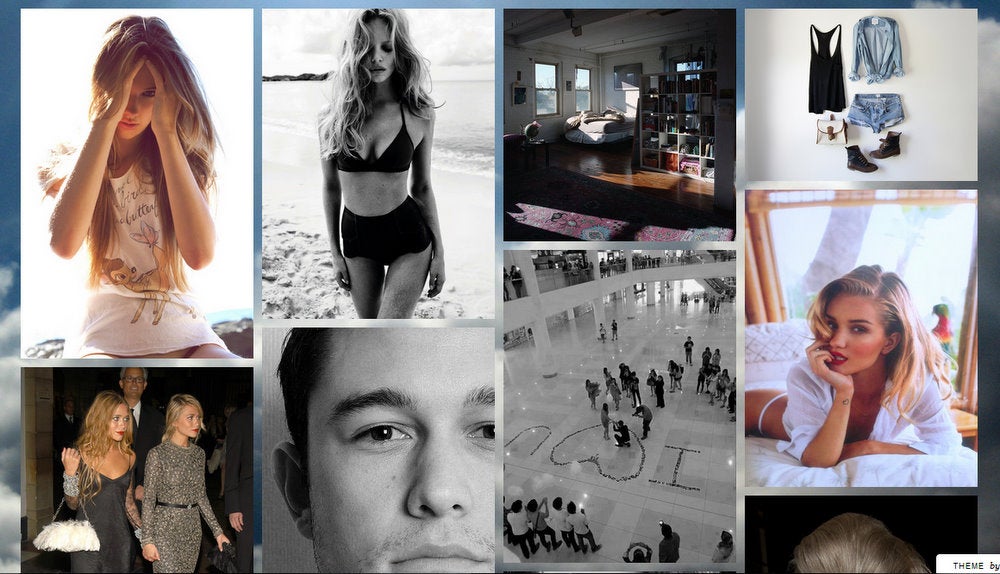 Well, I’ve had a lot of feedback from the series itself, but from the nearly 30,000 notes on tumblr? No, this is the first response of any kind I’ve received.

It’s kind of hard to get too worked up about it considering we’re all drowning in images. We are living in the time that philosophers like Baudrillard predicted in the 70s and 80s—a time when everything is “in excess of itself.” As is happening with music, the notion of ownership of all kinds of cultural information is being redefined more quickly that we can comprehend. Frankly, I find a lot of it pretty exciting.