Earlier this year, Italian photographer Mattia Balsamini traveled to Formosa, Argentina, as part of a small team shooting a documentary... 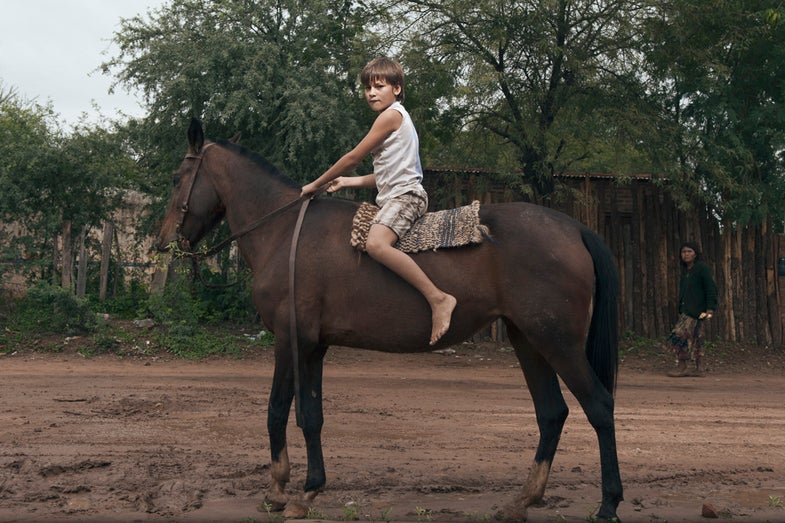 Earlier this year, Italian photographer Mattia Balsamini traveled to Formosa, Argentina, as part of a small team shooting a documentary about the indigenous people living there. The images he came back with show a community which is re-organizing itself around a modern way of life, even as some older traditions are preserved: Balsamini notes that some people still live in huts made out of mud, but watch cable TV and own motorcycles – the latter contributing to dangerous levels of debt in the region. Balsamini’s photos look at the people living in a couple of cities in Formosa, and sketch out something like the structure of the society that exists there, from kids and schoolteachers to nurses and priests.

For his part, Balsamani says that he wanted to approach the photographs out of “respect and admiration for the strength” of the indigenous people. He says that the goal of documentary he was working on is “to show to the international public the world they live in, not just the beauty but also the issues they face.” Balsamini has written captions to accompany these photos, which shed some light on each person’s individual story.