Associated Press photographer Franklin Reyes Marrero died in a car accident while returning from an assigment in Havana, Cuba on... 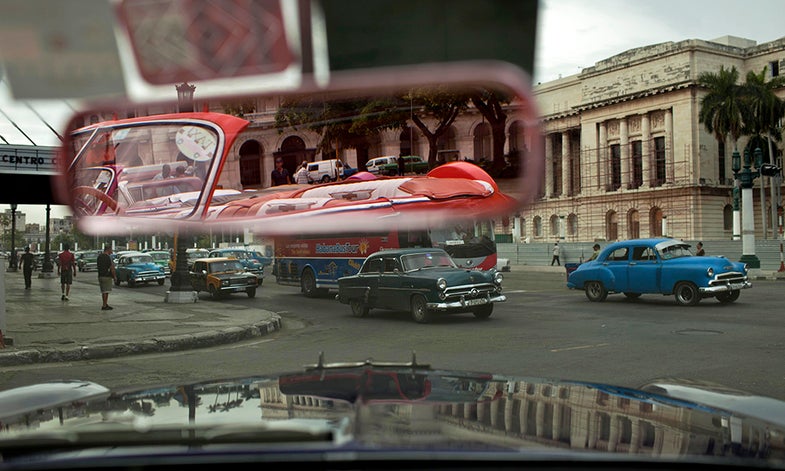 Associated Press photographer Franklin Reyes Marrero died in a car accident while returning from an assigment in Havana, Cuba on Monday, the agency reports. Driving from the port of Mariel, he reportedly lost control of his vehicle after hitting a patch of gravel, resulting in a head-on collision with another car, according to police and medical officials. He died at the scene while two other passengers of the vehicle, whose identities have not been realeased, died later.

“He was an integral part of AP’s team in Cuba,” AP Director of Photography Santiago Lyon said in an official statement. “His passion and professionalism were exemplary and his energy, talent and good company will be deeply missed.”

According to the AP, Reyes is the agency’s fourth journalist killed on assignment this year, following Anja Niedringhaus, who was murdered in Afghanistan in April, and video journalist Simone Camilli and translator Ali Shehda Abu Afash, who were killed in August by a leftover ordnance in Gaza.

Thirty-nine-year-old Reyes, who was born in Havana and started his career at a local state-run newspaper, joined the AP in 2009. He had been working on a story about the Cuban economy at the time of his death. The now-haunting image above he filed three weeks prior.