“People say I have the greatest job in the world and sometimes it is hard to dispute that.” 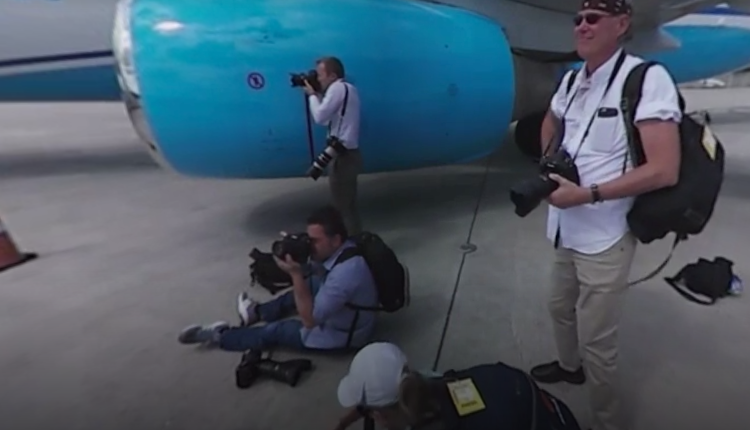 The 360° video gives a pretty interesting perspective on the often tight and slightly chaotic environments which Mills works. The shots from inside an airplane are and during one of Clinton’s rallies give you a particularly good idea of the complicated nature of photographing a presidential candidate. Of course it isn’t without its rewards.

“People say I have the greatest job in the world,” Mills says, “and sometimes it is hard to dispute that.”