Photojournalism of the Week: October 5, 2012 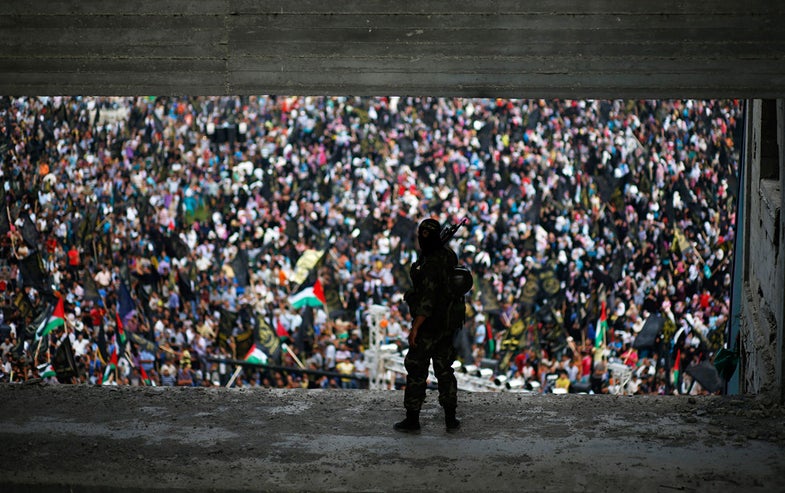 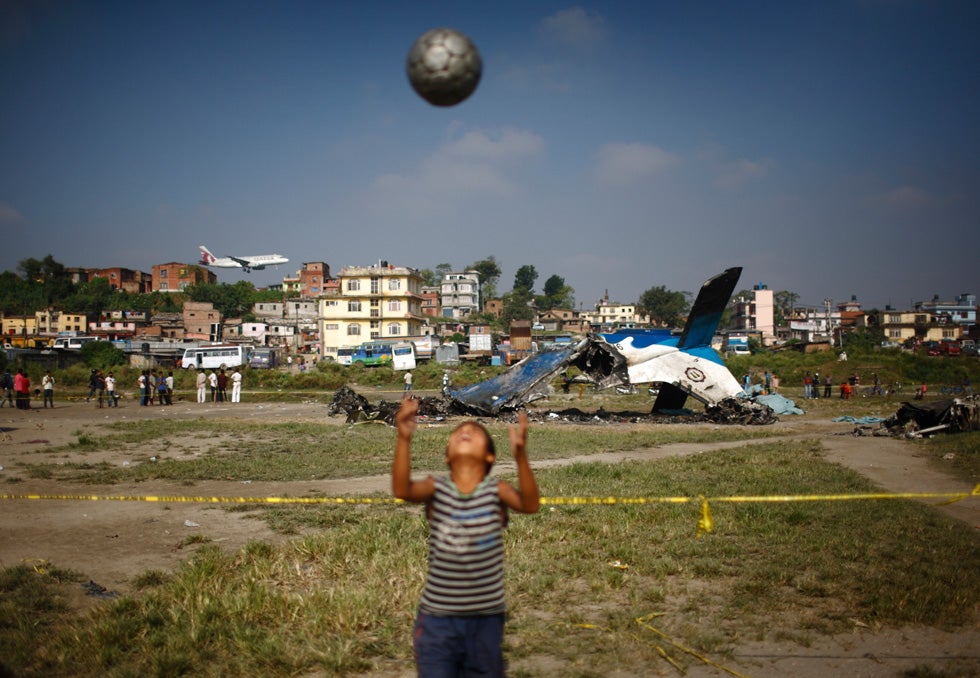 A boy plays with his ball outside the security line of the crash site of Dornier aircraft a day after the incident in Kathmandu, Nepal. The small plane owned by private firm Sita Air crashed shortly after takeoff from the Nepal’s capital, Kathmandu on Friday, killing 19 people, including seven British and five Chinese passengers. Navesh Chitrakar is a Reuters staffer based in Nepal. His work has appeared in our weekly roundup more than any other photographer. See his image from the past two week’s round-up here and here. 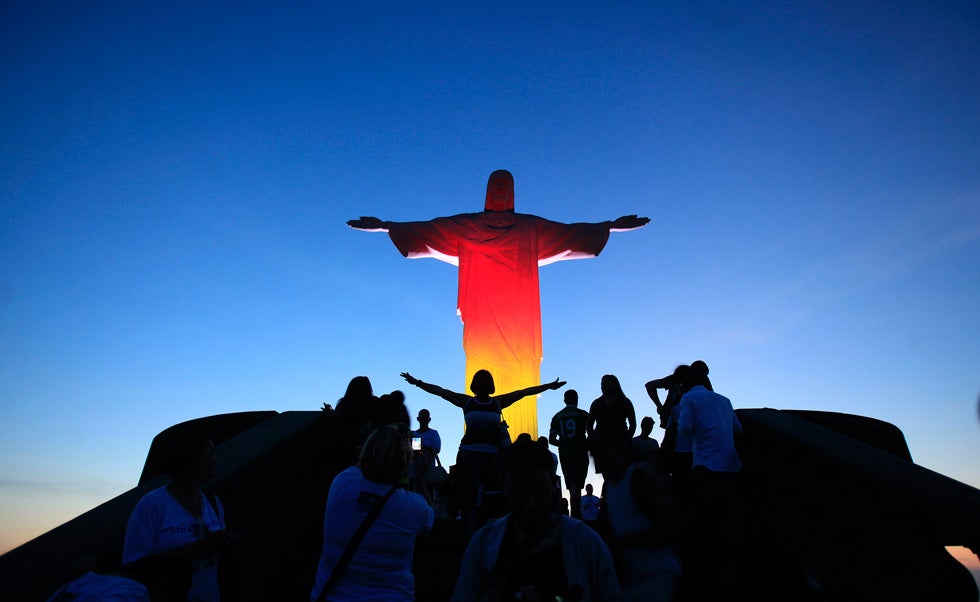 Tourists take pictures in front of the Christ the Redeemer statue lit up in the colors of Germany’s national flag in Rio de Janeiro October 3, 2012. The lit statue celebrates the anniversary of the reunification of the Germany. Ricardo Moraes is a full-time stringer working for Reuters in Rio de Janeiro. He started he career in photography at the age of 14 as a studio assistant. 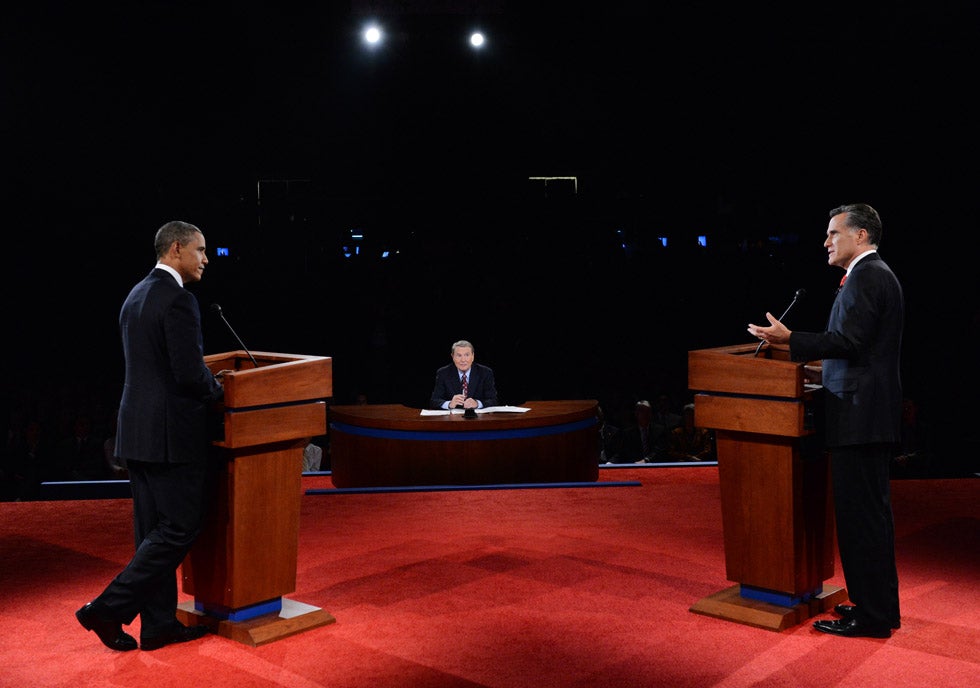 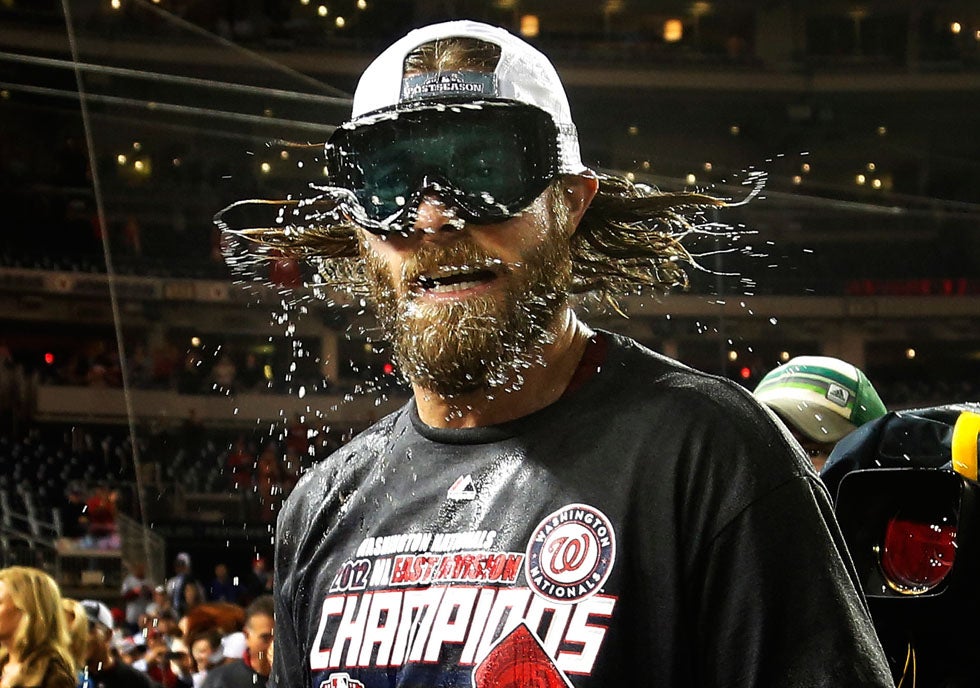 Washington Nationals outfielder Jayson Werth shakes beer and champagne out of his hair and beard while celebrating with teammates after the team clinched the National League East Division championship. Jonathan Ernst is a Reuters staff photographer based in Washing DC. Check out more of his incredible work on his personal site. 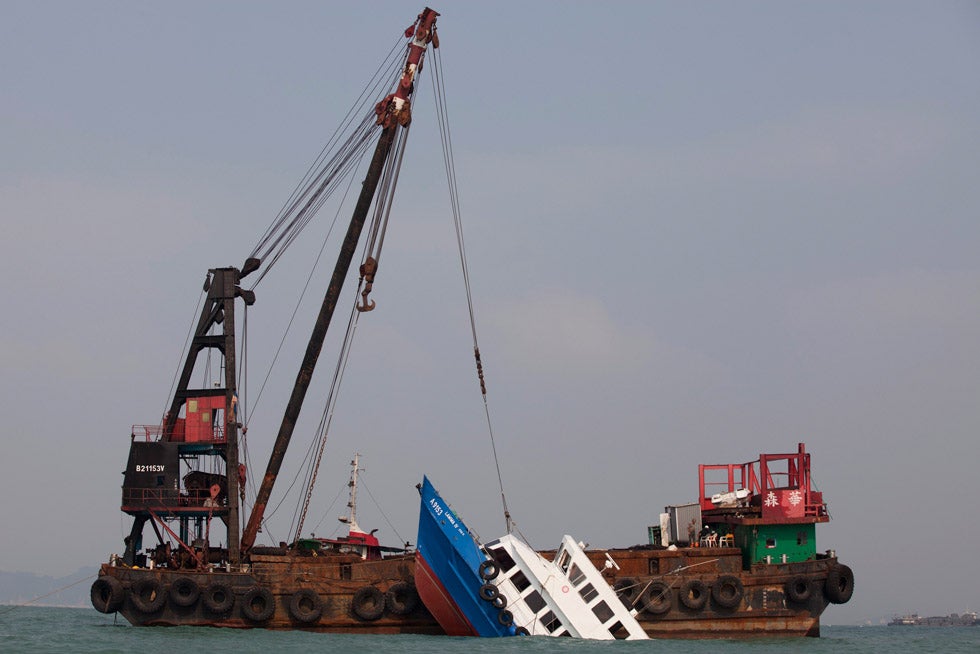 A sunken ferry is lifted out of the water after a collision off Hong Kong October 2, 2012. A total of 37 people died as a result of the accident. Siu Chiu is a Reuters photographer based in Hong Kong. 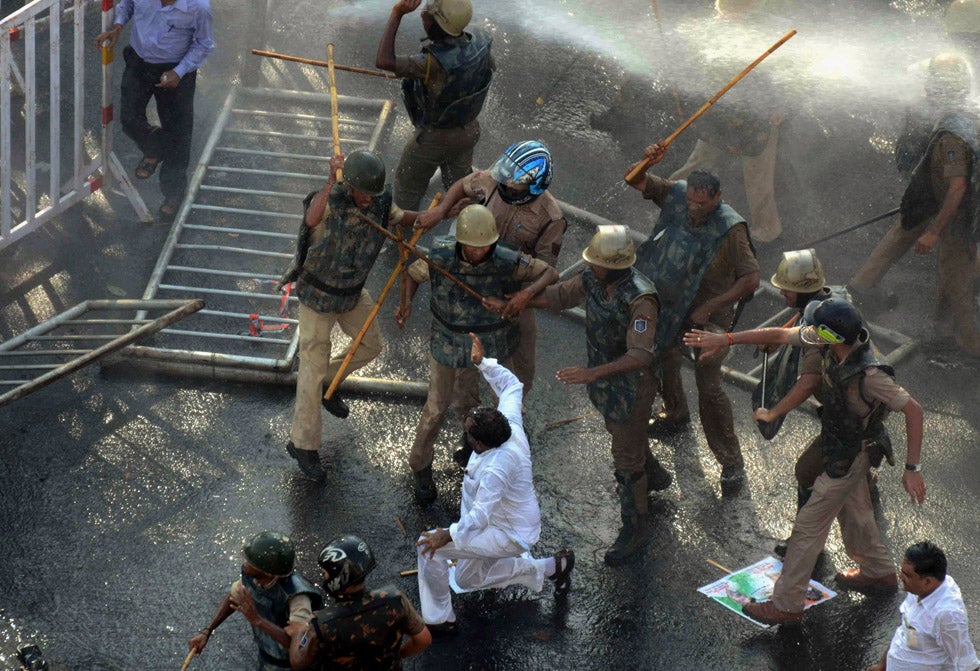 Police wield their batons against a worker from India’s Congress Party during a protest in the central Indian city of Bhopal. Raj Patidar is a Reuters staffer based in the Bhopal region of India. 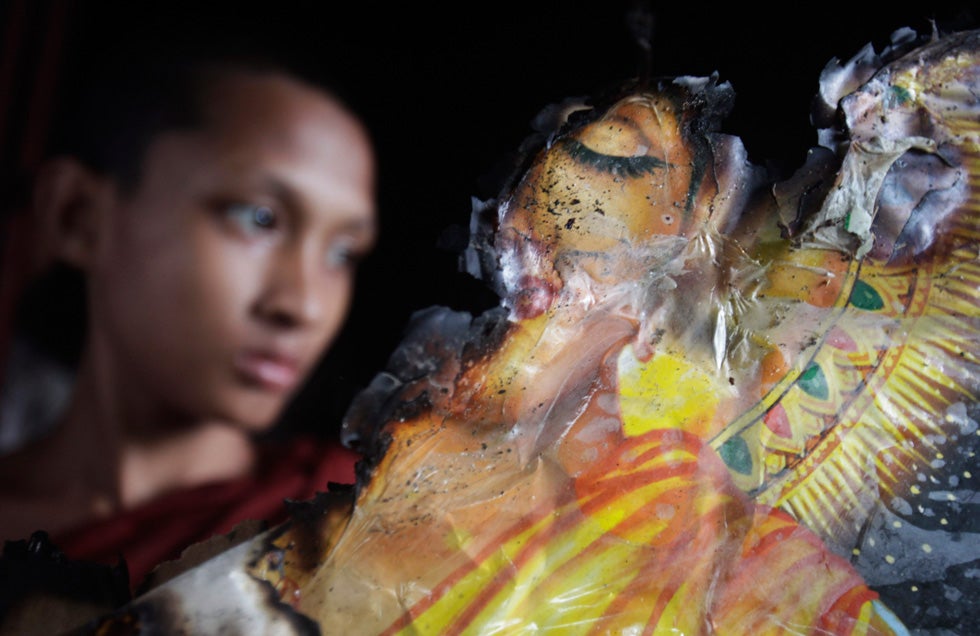 A young Bangladeshi Buddhist monk stands in front of a burnt Buddha picture after Muslims attacked and set fire to the temple in Cox’s Bazar October 3, 2012. Andrew Biraj is a Reuters staff photographer based out of Dhaka, Bangladesh and the winner of a 2011 World Press Photo award. According to his Lightstalkers page “he often focuses on the people living on the fringe from the social, political and environmental perspectives,” in the region. Check out his past photos in our round-up here. 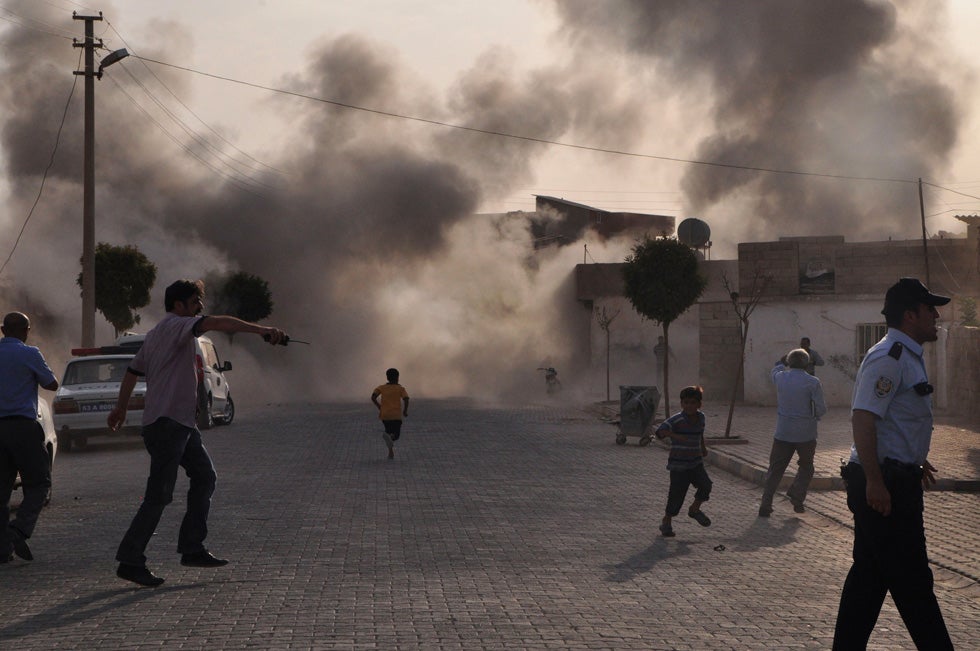 Smoke rises over the streets after an mortar bomb landed from Syria in the border village of Akcakale, southeastern Sanliurfa province

Smoke rises over the streets after a mortar, fired from Syria, landed in the Turkish border village of Akcakale. Three people including a child were killed and nine others were seriously wounded. Rauf Maltas is a Turkish-based photojournalist working for the Anadolu Agency. 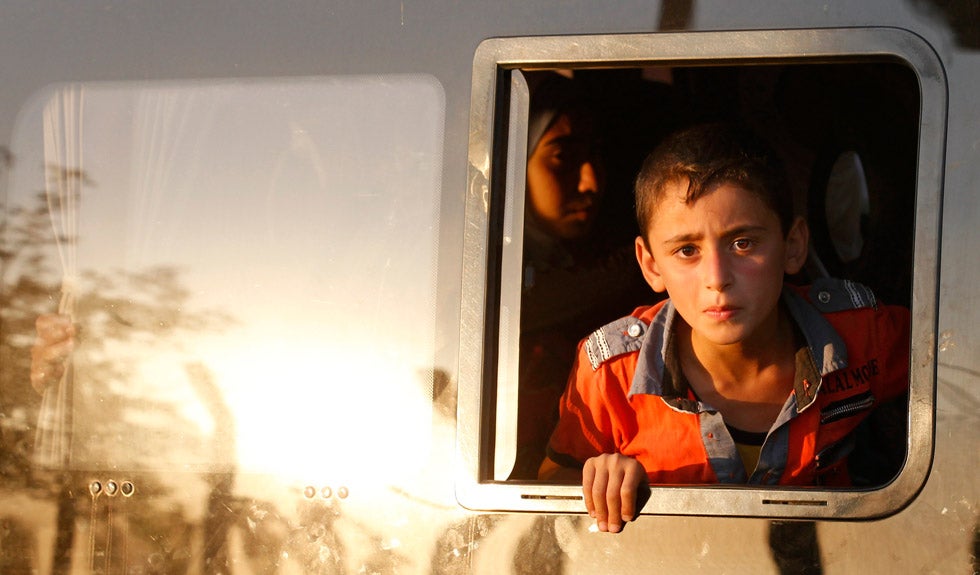 A young Syrian refugee looks out from a bus as he arrives at a stopover facility for breaking fast near the Turkish border town of Reyhanli. Umit Bektas is Turkish-based staff photographer at Reuters. He has recently been covering the escalating border violence in, resulting from the Syrian revolution. Before being stationed in Turkey, Umit was embedded with US forces in Afghanistan. See more of his work on the Reuters blog. 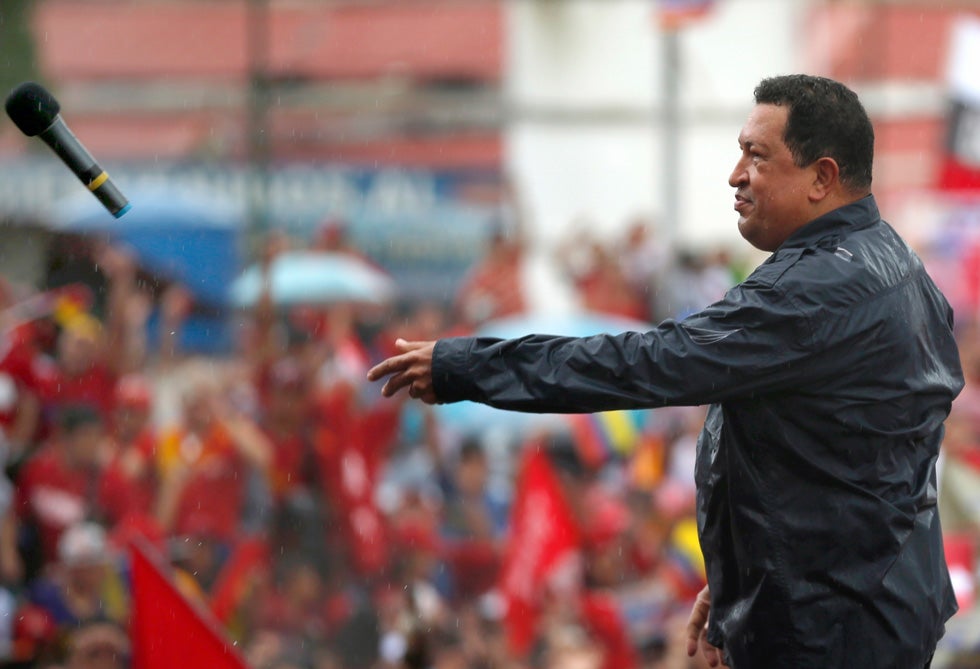 Venezuela’s President Hugo Chavez throws his microphone after speaking during his closing campaign rally in Caracas. Jorge Silva is a Reuters staffer bases in Venezuela. He came on full-time with the agency in 2003. See more of his work on the Reuters blog.