A 42,000-year-old mammoth, the Mumbai Body Building competition and Vladimir Putin at the planetarium 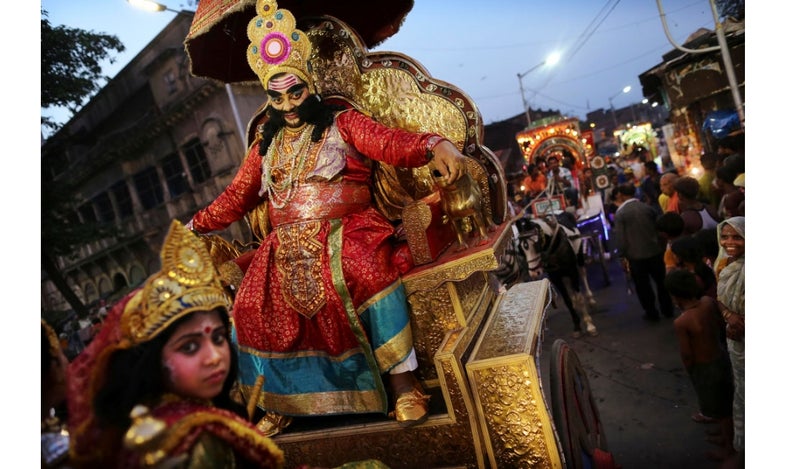 An Indian Hindu devotee dressed as Ravan, from Hindu mythology, rides in a carriage during a procession marking the festival of Shiva Gajan in the city of Kolkata, India. Kevin Frayer is the Associated Press’ Chief Photographer for South Asia. A longtime photojournalist, he has covered the war in Afghanistan, the war Iraq and conflict in the Gaza Strip. He is also a Pulitzer Prize finalist for his coverage of the war in Lebanon. Keep up to date with Kevin by following him on Twitter.