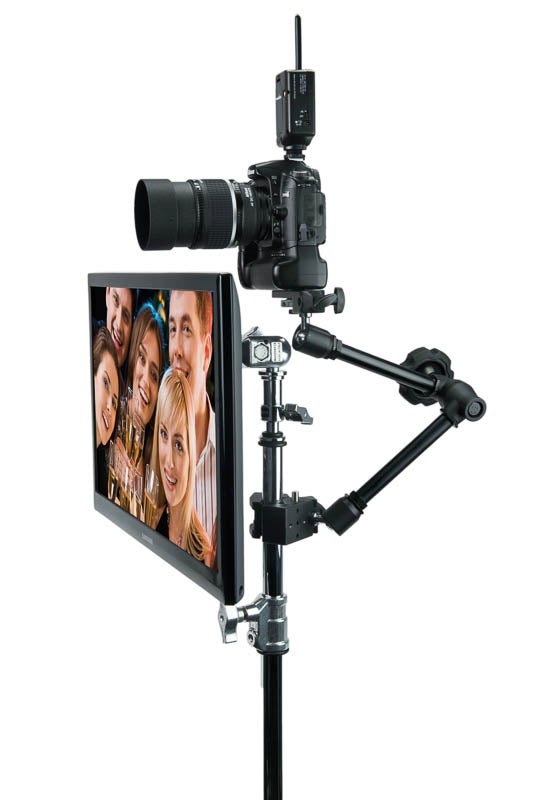 Setting up a photo booth for a company party or wedding that you’re covering can involve a lot of work, and require an awful lot of large and ungainly gear. The folks at Tether Tools want to change that, with a light, flexible, modular system that works with standardized mounts and gear you already have to set up your photo booth shooting rig easily.

The Vu Booth system combines Tether Tools’ Vu Mount for attaching any VESA compliant monitor, a Magic Arm, a Rock Solid ProClamp and a camera mounting platform. What that means is that you can use all gear that you already own to assemble the photo booth, since it’s all industry standard mounts. Tether Tools explains how you assemble the kit:

There are three variations on the Vu Booth:

Since the Vu Booth kits are modular and small, and connect to gear you already have, it limits the amount of heavy and bulky gear you need to lug around to a shoot, and can be set up relatively quickly.