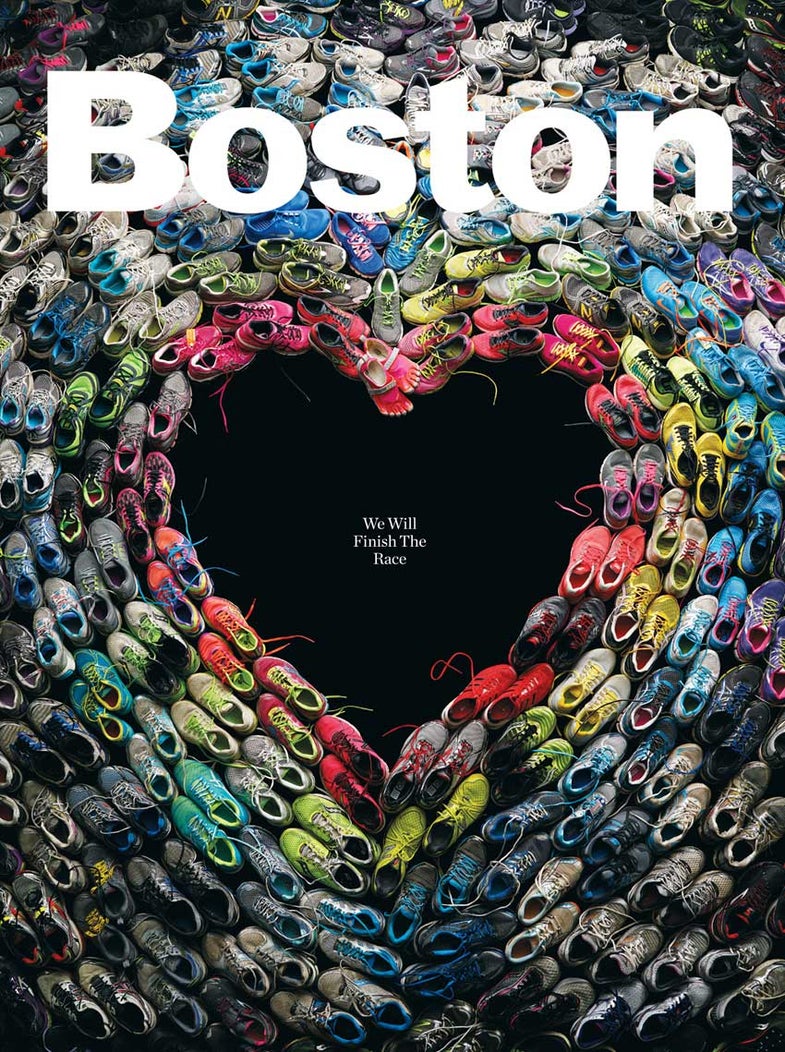 When the Boston Marathon was attacked last month, the staff at _Boston Magazine wanted to do something special to honor the victims and pay tribute to a city that had been thrown into chaos. They settled on the idea of collecting sneakers from runners in the race and telling their stories. All the sneakers would be collected into a single photograph and put on the cover of the magazine. They hired veteran still life photographer Mitch Feinberg to get the shot. This is the story behind that shot. _