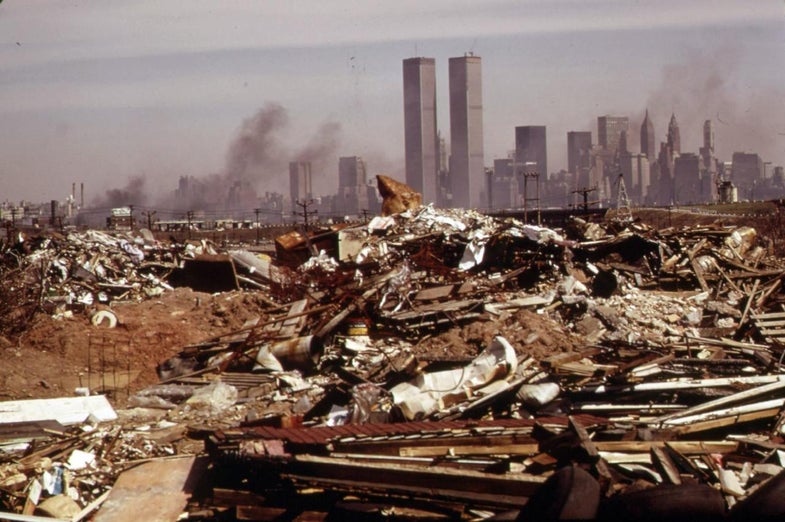 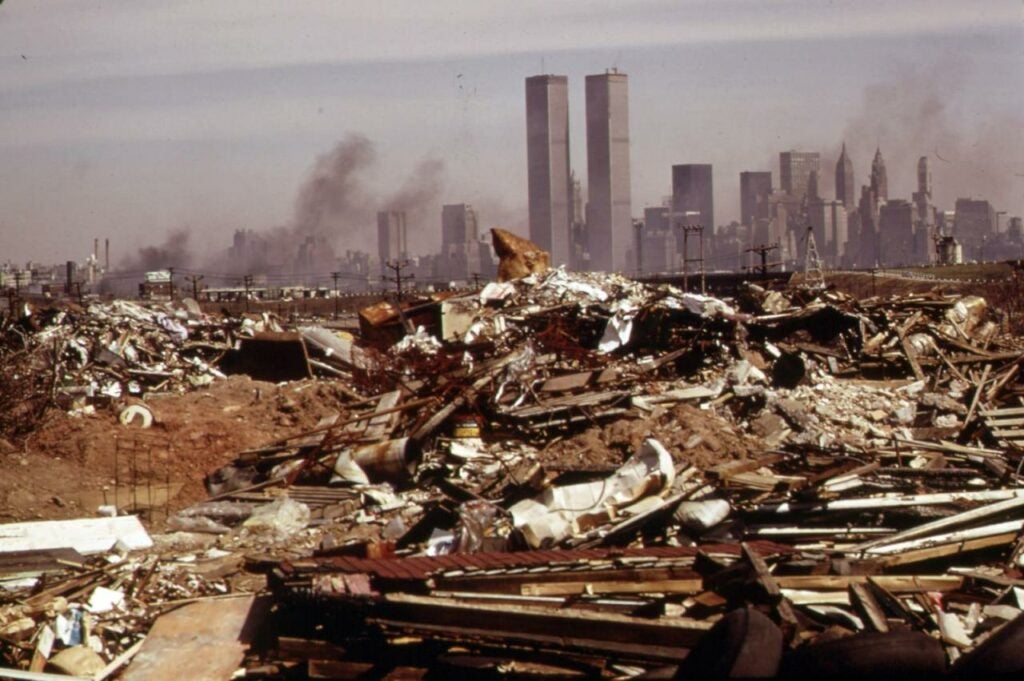 In 2012 “Green initiatives” are innocuous, but 40 years ago the world was just waking up to the idea that dumping raw sewage into rivers was bad for the planet. After increasing awareness of environmental issues in the 60s, the first Earth Day was celebrated on April 22, 1970, and a new agency, called the Environmental Protection Agency (EPA) was formed.

Then, in 1972 as part of a project call “Documerica” the EPA sent an army of nearly 100 photographers across the country to capture images of some of the country’s most polluted spots at the dawn of environmental regulation. The program was cancelled six years later in 1978 due to budget cuts, but this April the Associated Press went back to more than a dozen of the locations to see how things have changed in the past 40 years.

So have things improved? Many obvious signs of pollution — clouds of smoke billowing from industrial chimneys, garbage strewn over beaches are gone. Take for example the 2012 image of a grassy Liberty State Park in Jersey City, N.J. with a blue sky skyline of New York City. The same locations in the 1973 image featured a foreground of an illegal dump with a hazy smoking skyline.

Images like those from the Documerica series raised environmental consciousness and caused Congress to pass some of the country’s bedrock environmental laws. Other images were pivotal in raising environmental consciousness; a 1980s satellite picture of the ozone hole helped lead to a ban on the chemicals in aerosol cans and refrigerants that were responsible. Underwater video of oil spewing into the Gulf of Mexico in 2010 opened the public’s eyes to the gravity of the largest offshore oil spill in U.S. history.

The EPA introduced a volunteer photography project last year called State of the Environment. More than 620 people have participated and submitted 1,800 photographs, but a second Documerica project, with professional photographers, would be impossible today, given budget cuts facing the agency and the wariness of industry barring access by photographers.

Check out the before and after images from the 1970s Documerica photos and today’s AP images here.