A British couple has learned that £750 won't take you very far in the world of wedding photography, with photos that have been called some of the worst in England. 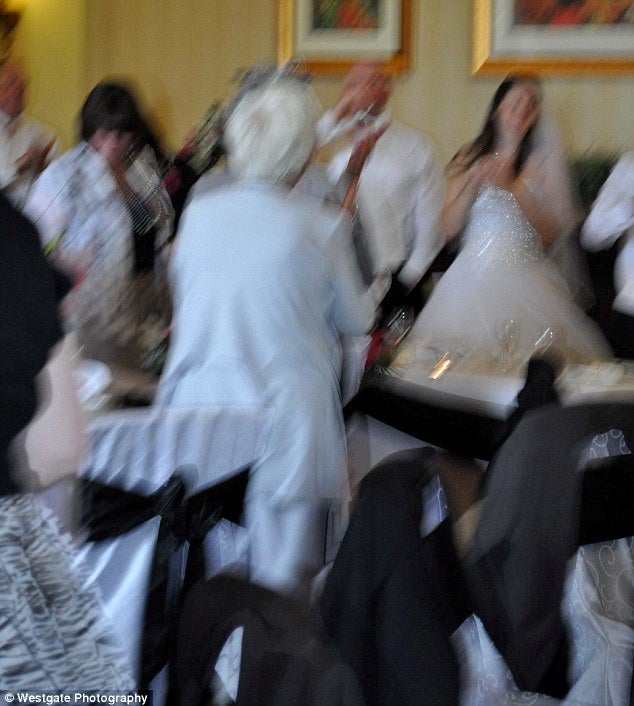 We understand, weddings aren’t cheap, so when the opportunity arises to save some major cash on something — like, say, wedding photography — it’s hard to say no. But if nothing else, this story should warn you off that. Thomas and Anneka Geary hired photographers Ian McCloskey and Nikki Carter for £750 to cover their wedding — and the resulting photos were so abysmal that they’re honestly some of the worst we’ve seen. As covered by both the Telegraph and Daily Mail, the photos were blurry, poorly framed, shot from horrendous positions, and managed to entirely leave out the groom’s parents. The shots are so bad that the tabloids are calling them the worst in the UK.

Apparently, the indoor photos were taken without flash as one of the photographers suffers from epilepsy — which doesn’t explain why the outdoors photos are so fuzzy too.

The photographers have since gone under thanks to a string of complaints from their customers, leading up to them selling all their gear for refunds, and have no plans to re-enter the market. Maybe we need to set Judge Joe Brown on them, just to be sure.

An interesting piece of fallout from this is that another company named Westgate Photography has had to put up denials on their website, as they appear to be a totally different company, just with the same name. They’re going to suffer whenever anyone googles the company name.